Remakes! Legendary returns! Song! Dance! Exclamation points! It’s all in the new Screening Room Podcast, where we talk through the pros and cons of Bohemian Rhapsody, Suspiria, The Nutcracker and the Four Realms, The Happy Prince, The Other Side of the Wind and Beautiful Boy, plus a slew of new home releases. 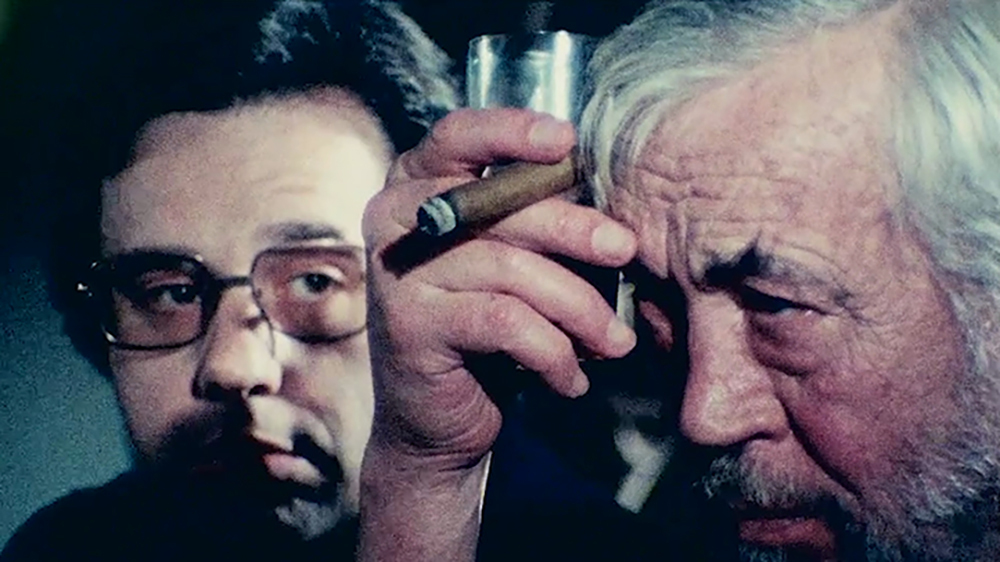 The Other Side of the Wind

The Other Side of the Wind—how pretentious is that title? It’s supposed to be, of course, because it’s an Orson Welles film and he’s a genius. His latest, released more than 30 years after his death, explores his genius and the changing paradigm of the Seventies film industry.

Retrieved from hundreds of hours of footage filmed over 10 years, The Other Side of the Wind was meant to be a comeback or sorts from an idolized auteur whose funds were drying up in the face of a changing cinematic aesthetic.

It’s about an idolized auteur with dwindling funds who’s trying to launch a comeback in the face of a changing cinematic aesthetic.

Yes, Welles was meta before meta was even a thing.

Esteemed director, Jake Hannaford (John Huston) is to screen his new film at his 70th birthday party to an audience of cinefiles, sycophants, film critics, hangers-on, freaks and industry insiders.

The event becomes an ingenious satire of 70s moviemaking, and watching it more than 30 years after the fact gives the entire spectacle a time capsule appeal. It’s like a trainwreck you cannot turn away from.

Welles pokes fun at the pretentiousness of then-cutting edge filmmakers and their neurotic relationships with self-loathing, arrogance and idol worship—usually using directors from the period, acting as stand-ins for, well, themselves.

He doesn’t seem to have much respect for the films being made at the time, either. As Hannaford’s film unspools, one in-the-know viewer yells: “The reels are out of order!”

To which the projectionist replies, “Does it matter?”

Nope. It does not. Welles’s film-within-a-film is an unendurable, plotless hippie hallucination—a perfect parody of much of the arthouse output of the era. It’s as if Welles, by way of Hannaford, is asking: Is this what I have to do to get a movie made?

As well and as wildly as the movie-making satire plays, at the heart of this film is humiliation on exhibition. Hero worship is hollow, commerce is still king and a man who can’t pay can’t play.

The whole thing is just a big ball of Seventies.