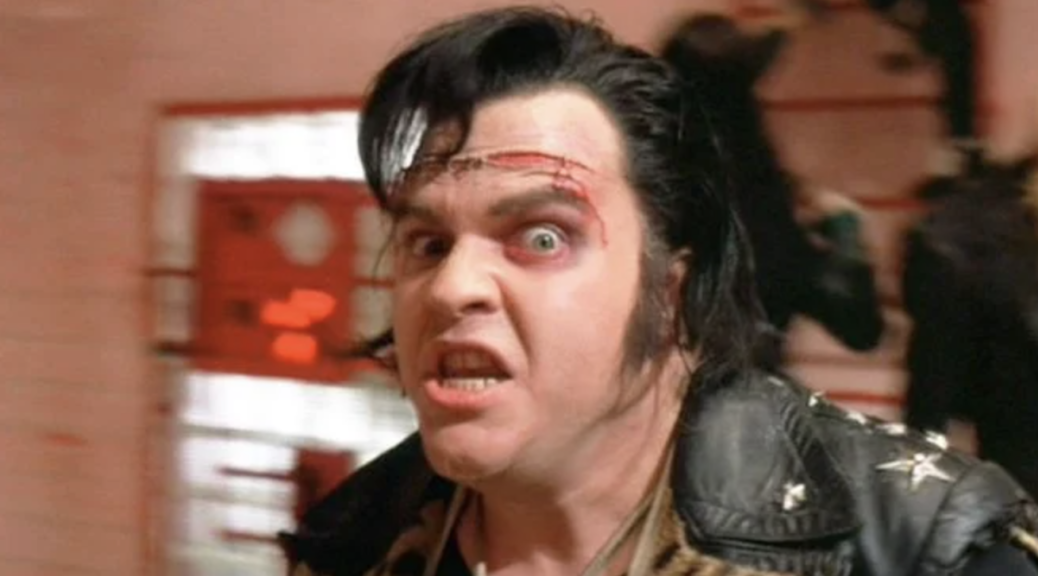 Music lost a big voice recently with the passing of Marvin Michael Meat Loaf Aday. That big voice and fascinating physical presence made itself known in a lot of movies, too. Most impressive was his performance in Fight Club, but he left a mark on horror as well.

It doesn’t always work, the tonal shifts, in particular, leaving you dizzy. But it’s a fun watch and Meat Loaf delivers an unseemly turn as the sinister entrepreneur at the center of the misrun camp.

He’s only in it for a minute, but Meat Loaf leaves a lasting impression in this one.

Stepdad Johnny (Garret Dillahunt channeling pure Florida white trash) wants to go Tiger King before Tiger King was cool. He buys a tiger from Mr. Loaf, whose warning to the budding zookeeper sets the stage for what’s to come.

What comes is a somewhat problematic story about a young woman’s choices. You’ll see a little bit of Aja’s Crawl, too. For its B movie trappings, though, the film boasts a number of incredibly tense scenes with this tiger – not a CGI tiger, either. This is the real, toothy deal.

Dario Argento directed two shorts for the excellent Masters of Horror series. Pelts concerns itself with a fur trader with a weakness for strippers. Mr. Loaf excels in this one.

Argento rarely tapped social issues in his work, but one of the reasons this film is so unnerving is the way the kill sequences are choreographed. This is smart, jarring, horrific stuff.

Gilberg Adler mainly wrote and produced this HBO series, but he directed a couple of episodes, including this cannibalism gem.

The performance also has a little nod to another one of the big, beefy actor’s roles…

Meat Loaf started played multiple roles for the LA-based Rocky Horror stage play, but for Richard O’Brien’s screen adaptation, he left a big impression in just the one role of Eddie.

He has a big song and dance number, and he gives the legendary Tim Curry so much to react to. It’s a pivotal scene and an unforgettable (if brief) performance. But like doomed Eddie, Meat Loaf’s voice haunts the entire soundtrack – one of the reasons those songs live on.

What a guy. Makes you cry. Unt I did.