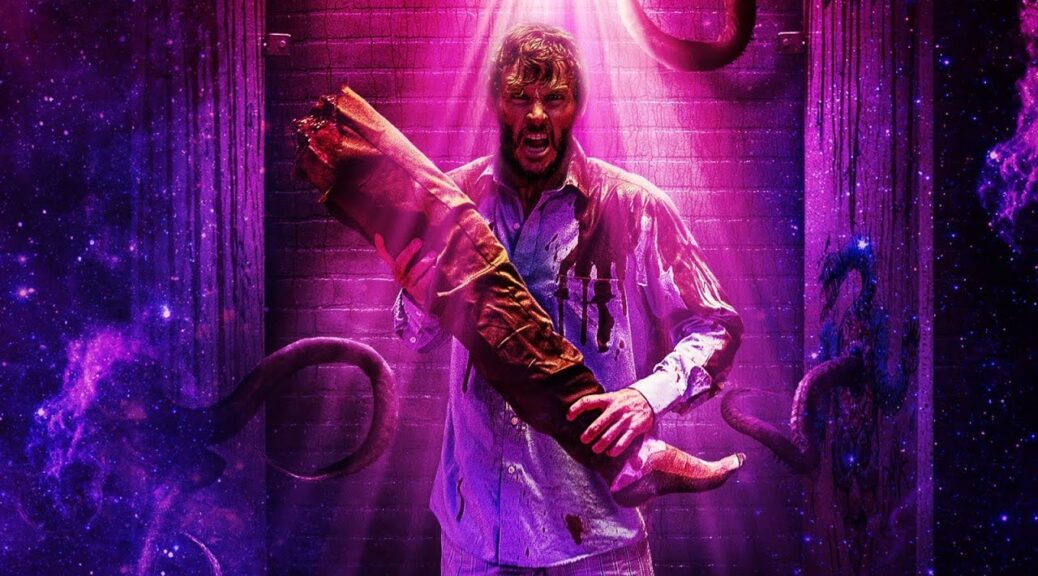 Picture it: a desperate man, trapped in a remote roadside rest stop with an ancient monster named Ghat.

The voice of J.K. Simmons.

So our man’s in one stall, with the monster in the other, offering commands from behind a glory hole.

You’re damn right it is, and Shudder wants it for August.

Well now it’s here, and while the downsized cast and location recalls a host of pandemic-era productions, director Rebekah McKendry makes the most of what she’s given. Glorious proceeds at an intriguing pace that never feels sluggish, showing us just enough of the tentacled bathroom beast to strike an effective balance between bloody Lovecraftian spectacle and doomsday humor.

True Blood‘s Ryan Kwanten is perfect as a sad, pantsless bathroom sack named Wes. Screenwriters Joshua Hull, Todd Rigney and David Ian McKendry give Wes a wisecrack-fueled arc that shifts from wallowing in the pain of losing Brenda (Sylvia Grace Crim) to bargaining with Ghat for the fate of humanity (and Simmons, of course, is priceless). While the character is never quite compelling, Kwanten settles in a notch of two below Ryan Reynolds on smartass scale, making it easy have an interest in where Wes’s trippy toilet trip ends up.

And you may catch on early to that destination, but the real test of how Glorious will hit you is how much love you have for Lovecraft. Even if it’s minimal, this is a bathroom break full of squalid, forgettable fun.