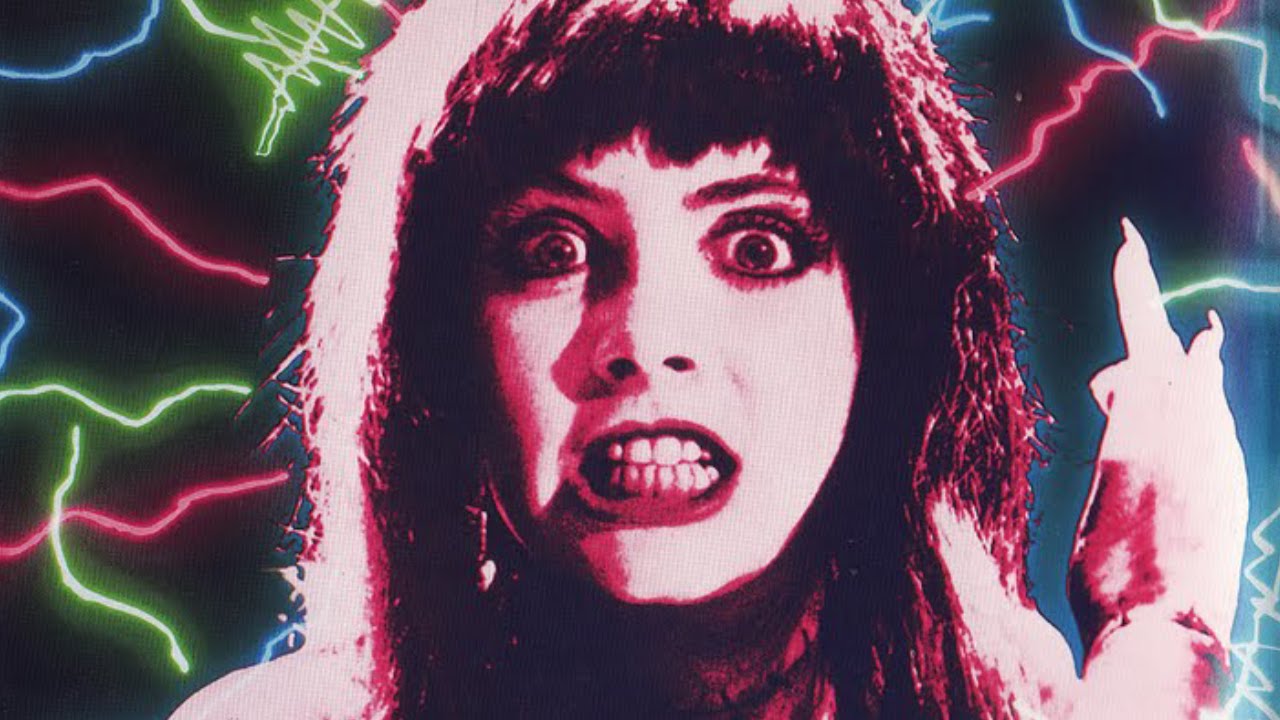 Jack the Ripper carved up prostitutes in real life and in about a million cinematic representations. But Jack’s not the only marauder who recognizes a helpless population when he sees it. Sometimes, though, the prostitute gets the last laugh.

Edward Carver (Ben Messmer) is a particularly theatrical serial killer, and the film, which takes you into the police academy classroom, asks you to watch his evolution from impetuous brute to unerring craftsman. This evolution we witness mainly through a library of videotapes he’s left behind for the police to find, along with poor Cheryl Dempsey, (Stacy Chbosky).

While Cheryl’s plight is the most morbidly fascinating, a tricky side plot involving the murders of prostitutes not only clarifies the murderer’s game, but offers some of the most troubling scenes in the film, toying not just with horror but with weird personal anxieties: like the popping of a balloon.

Director/co-writer Frank Henenlotter took the Frankenstein concept in strange, unseemly new ways with this one. Out-of-work loser with a knack for science Jeffrey (James Lorinz) mourns the really messy loss of his beloved Elizabeth (Patty Mullen) in his own way. Grief is like that—personal. And when you’re really grieving, a project can help you get past that. It focuses the mind.

Jeffrey rebuilds Elizabeth with the help of a lot of body parts made available to him via NYC prostitutes. They’re not volunteered, and Jeffrey is really conflicted about that, but this isn’t what makes him a bad person. It’s the fact that he never really accepted Elizabeth for who she was, or he’d be a lot less picky about these parts.

Jeffrey learns his lesson—kind of—in a film that is unusually sweet given the topic. It’s funny, gross, wrong-headed and more than a little stupid as well.

Jorge Michel Grau’s horror about the disposable population of Mexico City centers on a family with a ritual to fulfill. Too bad the patriarch’s death leaves no one but novices to put dinner on the table.
The fact that this family is a cannibal clan is a brilliant avenue into the sociopolitical theme of a society feeding off the poor, but Grau’s perspective offers a little bit of optimism in its own, bloody way. The cops are useless, the system is ridiculous, but those very people who have been disregarded by society are not as helpless as you might thing.

The family underestimates a society it deems beneath them, a group of people so low they are not even fit to kill. What Grau does with this circle of prostitutes is like a Pat Benatar video done right.

Mary Harron’s near-perfect horror comedy send-up of the Reagan era benefits from a number of things, including maybe the best casting in cinema history. This cast and Harron hit every note perfectly, offering a film that is as bloody and alarming as it can be, with every re-watch an opportunity to see more and more of its comic genius.

And of the many memorable moments in the film, the line most likely to be quoted is this: Don’t just stare at it. Eat it.

There is a lot of soullessness afoot in American Psycho, and in that line, but not in Cara Seymour’s performance. As Christie—Patrick Bateman’s favorite prostitute, God help her—she gives this film its first truly empathetic character. She is the one character you root for, the one whose death you don’t want to see happen. When Christie is lured back to Patrick’s apartment for a second round, for the first time in the film, you find yourself feeling sad for someone, finding the empathy Patrick so utterly lacks.

Director Michael Powell’s film broke a lot of ground and nearly ended his film career. People tend to react badly to horror movies that unnerve them, which is really odd given that this is the entire point of the genre. Peeping Tom pissed everybody off, maybe because—like Michael Haneke’s films Funny Games—Peeping Tom implicates you in the horror.

Mark (Karlheinz Bohm) had a difficult childhood, developing a bit of a voyeuristic hobby to help him cope. He starts off with prostitutes, filming them, capturing their terror as he kills them. He’s a voyeur, but who can throw stones? Didn’t every one of us who’s ever watched this film— or any other horror movie, for that matter—sign up to do exactly what Mark was doing?

Bohm’s great success is in making Mark unsettlingly sympathetic. Powell’s is in using the audience’s instincts against us. Bohm makes us feel bad for the villain, Powell makes us relate to the villain. No wonder people were pissed.