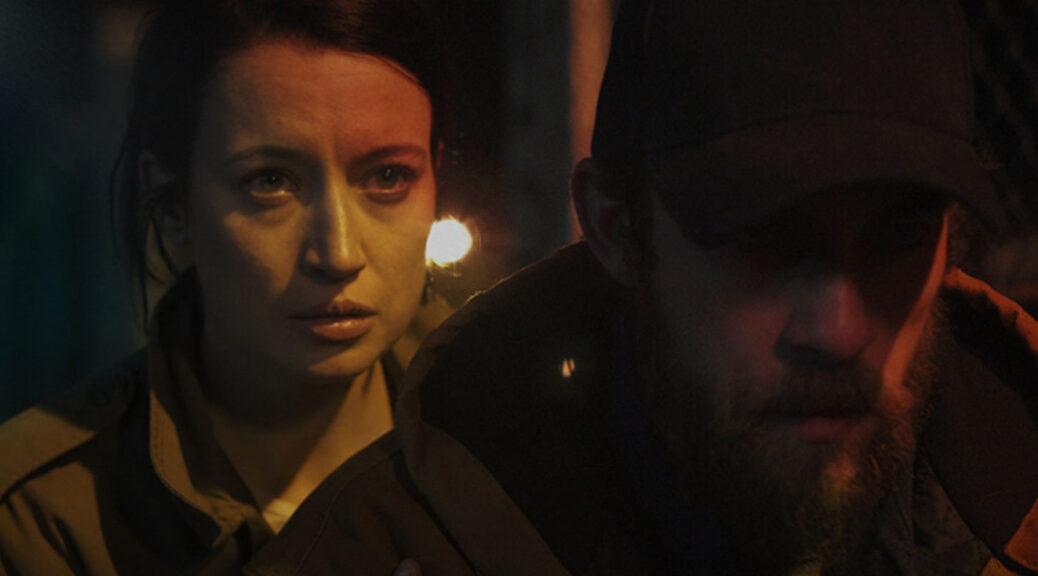 When I Consume You

His understated, excruciatingly tender 2015 horror They Look Like People certainly succeeds. And with his latest, When I Consume You, the filmmaker is at it again. Both films delicately explore mental illness—in this case, the lingering horror of childhood trauma.

Blackshear works with his regular troupe of actors: Evan Dumouchel, MacLeod Andrews and Margaret Ying Drake. Libby Ewing joins the gang as Daphne, big sister to Wilson (Dumouchel). The siblings are struggling to defeat a demon.

The film moves slowly and takes on an improvisational feel as Wilson ambles through life best he can, often landing on Daphne’s doorstep at 3 am so she can talk him through a panic attack. Blackshear never specifies the kind of childhood these two must have endured to leave them this scarred. Then again, the filmmaker doesn’t specify much.

This mostly works, creating a film that echoes with haunting attempts to break a cycle. Flashbacks are also employed, although they offer little to the narrative and only hinder a film already lacking forward momentum.

Dumouchel’s heartbreaking performance matches well with Ewing’s resigned turn. Blackshear’s cinematography emphasizes their intimacy, as well as their emotional incoherence, and the pair delivers a lived-in chemistry appropriate to two siblings who’ve been through the wringer.

Andrews is a volatile surprise I’m sorry we didn’t meet earlier in the film. He injects the movie with needed energy, but he also triggers a shift into more overt metaphor. While the film required some kind of structure, this tidy figurative direction feels false and forced.

They Look Like People possessed a deceptively loose narrative that, in fact, led inevitably to one of the tensest climaxes on record. When I Consume You feels like it’s trying to obscure its far more obvious framework.

A lot of horror films introduce characters with a kind of cinematic shorthand: disheveled, bearded, worn white tee shirt = sketchy but sympathetic. Skinny jeans, self-empowerment in the headphones, checks his flex in the gym mirror = douchebag.

Generally it happens so the film can devote less time to character development and jump right into the carnage, but They Look Like People writer/director Perry Blackshear has other aims in mind.

Christian (Evan Dumouchel) is killing it. He’s benching 250 now, looks mussed but handsome as he excels at work, and he’s even gotten up the nerve to ask out his smokin’ hot boss. On his way home from work to change for that date he runs into his best friend from childhood, Wyatt (MacLeod Andrews), who’s looking a little worse for wear. Christian doesn’t care. With just a second’s reluctance, Christian invites him in – to his apartment, his date, and his life.

But there is something seriously wrong with Wyatt.

Blackshear’s film nimbly treads the same ground as the wonderful Frailty and the damn near perfect Take Shelter in that he uses sympathetic characters and realistic situations to blur the line between mental illness and the supernatural.

Wyatt believes there is a coming demonic war and he’s gone to rescue his one true friend. Andrews is sweetly convincing as the shell shocked young man unsure as to whether his head is full of bad wiring, or whether his ex-fiance has demon fever.

The real star here, though, is Dumouchel, whose character arc shames you for your immediate assessment. Blackshear examines love – true, lifelong friendship – in a way that has maybe never been explored as authentically in a horror film before. It’s this genuineness, this abiding tenderness Christian and Wyatt have for each other, that makes the film so moving and, simultaneously, so deeply scary.

They Look Like People can only barely be considered a horror film. It lacks the mean-spiritedness generally associated with the genre and replaces it with something both beautiful and terrifying. Whatever the genre, though, Blackshear’s film is a resounding success.