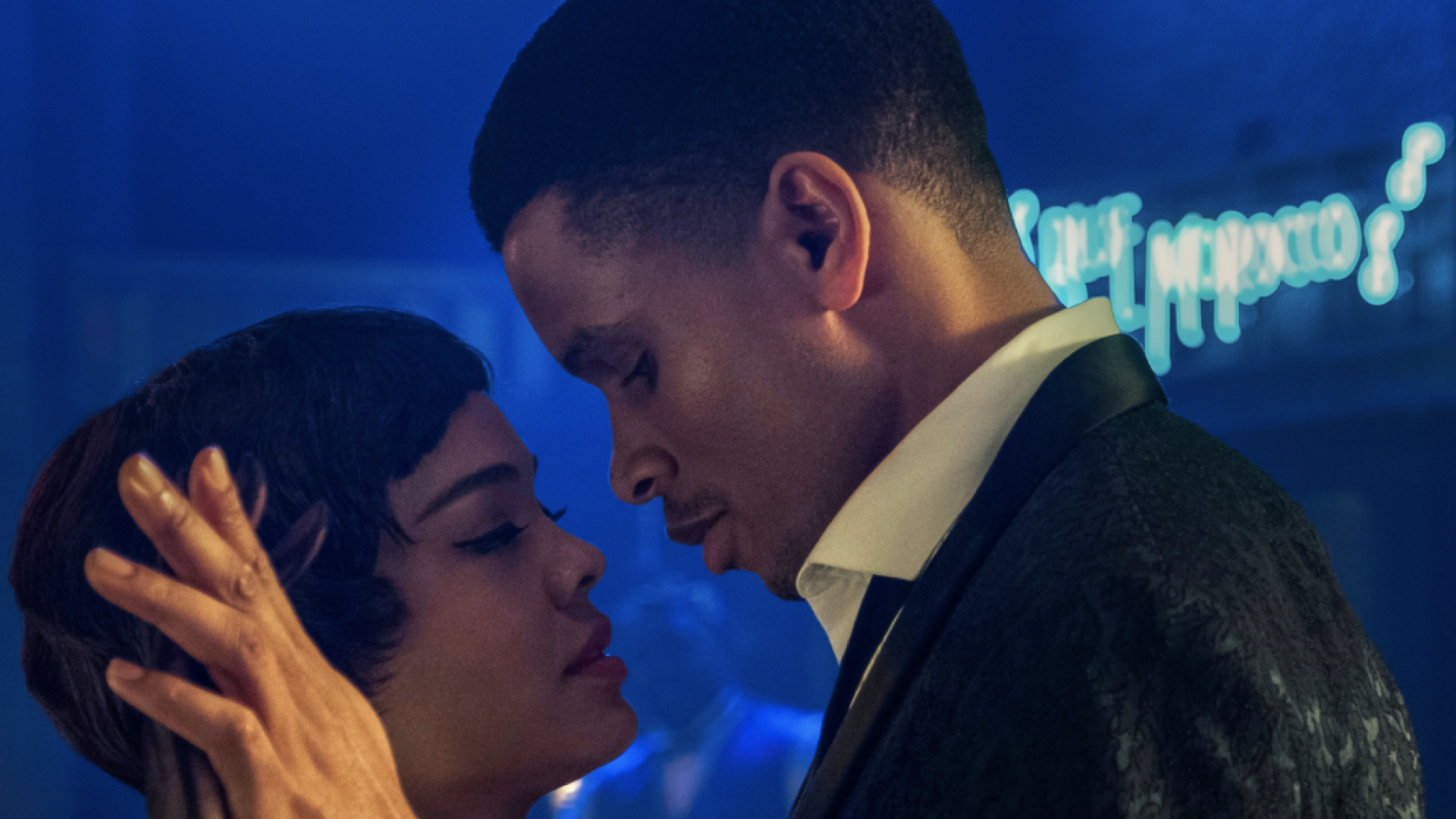 Young saxophonist Robert (Nnamdi Asomugha, Crown Heights) is instantly smitten with Sylvie (Tessa Thompson, Annihilation, Little Woods) when he walks into her father’s record store and sees her at the counter. Though Sylvie’s engaged, that doesn’t stop two from forming a connection.

The chemistry between Thompson and Asomugha is undeniable. Particularly in the early stages of the relationship, these two characters radiate attraction. The early sexuality of young love then gives way to a sensuality that blends seamlessly into something more mature as the years pass. Thompson and Asomugha bring an unmistakable authenticity to the relationship, and to the depth of their characters’ feelings for each other.

The first two acts follow a conventional pattern, much of the dialogue you could voice before the characters do. But at times, Ashe surprises with a few well-chosen moments. The third act strays outside the realm of predictability, but not by much. It’s not hard to figure out where the film is going to take you, but whether or not that bothers you depends entirely on how invested you are in Sylvie and Robert’s relationship.

The focus is sometimes too narrow, which one sees very rarely. Far too many films take on more than they can handle. One of my biggest criticisms of the film is too much of a spoiler to reveal, but a particular character feels like an afterthought in much of Sylvie and Robert’s orbit. This is their world, and other people barely inhabit it. This leaves a few irritating loose ends that, while not essential to the film to clear up, are a thorn in its side.

An epic love story must have its characters go through a few ups-and-downs and navigate obstacles to determine if theirs is a love that will last. There is some fun in watching Robert’s career as a saxophone player over the course of the film, and as a jazz musician in the 50’s and 60’s, you can be sure there’s a fantastic soundtrack boasting some of the greatest songs of the era. The same can’t be said for the score, which is often distractingly sappy.

The holidays seem a perfect time to get lost in an epic love story, but Sylvie’s Love isn’t quite compelling enough to join the ranks of the truly great romances.

An innocent man is convicted of murder and sent to prison. For decades, his appeals are ignored while family members refuse to give up hope. Tragically, Crown Heights tells a story we have seen before, and while the film’s commitment is never lacking, a true depth of feeling is never quite realized.

Writer/director Matt Ruskin adapts the true story of Colin Warner, who spent twenty years in a maximum security prison for a crime he didn’t commit. The victim of mistaken identity, a backlog of cases, overzealous prosecutors and the systemic inequality of criminal justice, Warner became little more than a voiceless statistic, where “no matter what I say, nobody gonna listen.”

Ruskin is able to convey the enormity of all that is stacked against Warner, aided greatly by two stellar performances. As Warner, Lakeith Stanfield (Straight Outta Compton, Get Out) uncovers the desperate confusion of innocence, while Nnamdi Asomugha (also one of the film’s producers) is the picture of quiet strength as the friend who sees Warner’s plight as universal and refuses to give up on him.

Warner’s story is another tragic example of a nearly unthinkable wrong, and Crown Heights does plenty right with it. But too often, the film misses the chance to make any intimate details resonate or to cut its own path, settling instead for a well-assembled summary of gut-wrenching events.