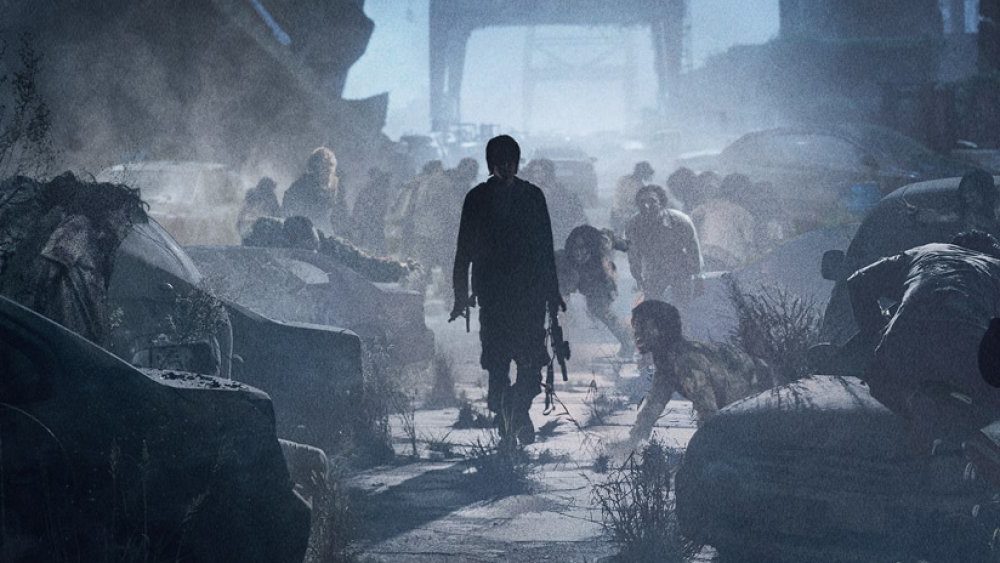 Back in 2016, filmmaker Sang-ho Yeon made the most thrilling zombie film since 28 Days Later. Sometimes funny, sometimes shocking, always exciting and at least once a heartbreaker, Train to Busan succeeded on every front.

You can’t chalk it up to newness, either. Busan was actually a sequel to Yeon’s fascinating animated take on Korea’s zombie infestation, Seoul Station. So the guy was 2 for 2 in gripping zombie thrills.

Can he make it a hat trick?

Train to Busan: Peninsula begins on that same fateful day that South Korea falls to the zombipocalypse. Those fleeing Korea by ship are turned around for fear of global contamination, so all survivors descend upon Hong Kong. Four years later, the city’s overrun, survivors are living in poverty, and a rag tag bunch is so desperate, they’re willing to go back to the Korean peninsula to pull a job that will make them rich.

But if Hong Kong looks bad, wait til they see what’s happened since they left the peninsula.

Things feel much more borrowed this time around. Peninsula plays like a mash up of Friedkin’s 1977 adventure Sorcerer (or Clouzot’s 1953 Wages of Fear) and the 4th in George Romero’s line of zombie adventures, 2005’s Land of the Dead. There’s also a little Dawn of the Dead, plus one scene lifted wholesale from 28 Days Later. And you cannot miss a great deal of a great number of Mad Max flicks.

Both the claustrophobia and the relentless forward momentum of the 2016 film are gone, replaced with tactical maneuvering around a fairly stagey looking city scape and military compound. And while you have to believe Yeon had a bigger budget to work with based on the success of his previous effort, Peninsula’s zombie effects are weaker here.

That’s not to say the film is bad, just a letdown. Dong-Won Gang makes for a serviceable quietly haunted hero. Scrappy Re Lee and adorable Ye-Won Lee infuse the film with vibrance and fun, and both Gyo-hwan Koo and Min-Jae Kim create respectably reprehensible villains. (Although the high water mark in zombie villainy was reached with Train to Busan.)

The story is tight, if highly borrowed, and the action scenes are plentiful. Compare it with nearly every other zombie film to come out in the last two decades and it’s a creepy way to spend a couple of hours. Compare it to Yeon’s last two movies, though, and it comes up lacking.