People forget that Melissa McCarthy was nominate for an Oscar. It’s a stiff year for female leads, but she might just nab another nom for her turn as a misanthropic writer in the true story, Can You Ever Forgive Me?

A one-time best seller, author Lee Israel (McCarthy) is feeling her shelf life. Unwilling to conform to any kind of expectations—particularly those placed on females in the publishing industry—she finds herself facing the reality that no one wants a book on Fanny Brice, and no one wants a book by Lee Israel.

McCarthy’s socially inept and down-on-her-luck biographer sits in a dingy bar midday, drinking away her unemployability, her cat’s illness and her writer’s block when in beams a boozy ray of sunshine disguised as upbeat alcoholic hustler Jack Hock (Richard E. Grant).

It’s here that director Marielle Heller’s film hits its stride. McCarthy’s energy, her dimples and her infectious good nature have buoyed any number of mediocre films. But here, she carves a low key, solitary figure unable and unwilling to open up. It’s a fascinating about-face for McCarthy.

Set Israel’s curmudgeonliness against the unbridled zeal and charm Grant brings to his character, and a compelling odd-couple-on-the-skids is born.

To pay her bills and exercise her talent, Israel begins forging letters from literary icons and selling those forgeries at bookshops across New York. The wondrous respect this film has for writers, for the written and spoken word, and the nostalgia it has for a past when those elements were likewise revered generates a lovely, literary atmosphere.

Co-writer Nicole Holofcener again subverts ideas of entitlement and self-destruction with a screenplay so full of empathy it’s impossible to dislike the deeply unpleasant Israel.

A great deal of that success, of course, comes from McCarthy’s authenticity. The performance is nuanced and understated, as is the entire film, and aching of self-inflicted loneliness. She creates an believable and yet unusual character—one who embarks on a deeply strange yet somehow fitting journey.

The story of Lee Israel offers a weirdly optimistic if cautionary tale for misfit women. It’s also a great reminder that Melissa McCarthy can really act. 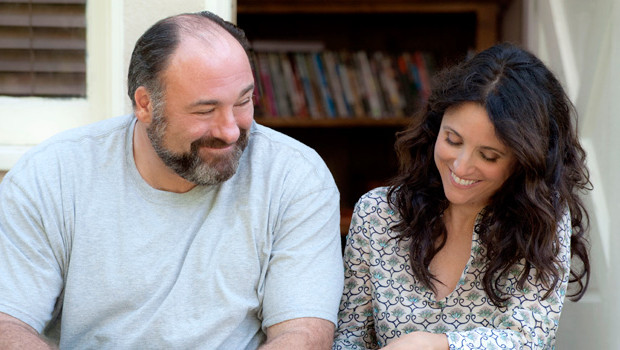 How bittersweet that the great James Gandolfini goes out on such a high note. The man who may have been the all time best onscreen Mafia boss showed surprising versatility throughout his film career, and this talent is on beautiful display in one of his final performances.

Both are divorced and facing the prospect of empty nests as their daughters head off to college, and together they develop a sweet crush that is a joy to watch as it blossoms.

Disheveled and genuine, Louis-Dreyfus has never been better, and together these veterans best known for their epically impressive television careers sparkle with tender onscreen chemistry.

Holofcener’s made a career of exploring the issues facing privileged, urban dwelling women. While this may seem too trite to tolerate, her laid back style, dialed-down neuroticism and eye for casting tend to balance things out.

Characteristically, Holofcener’s focus in Enough Said is the day to day struggle with intimacy, connection, and the compromise that accompanies a relationship. Still, this film is probably her most mainstream and accessible to date because the problems themselves are more universal.

Expect the loose narrative and slice of life structure, but with Louis-Dreyfus and her infectious chuckle driving the story, everything seems cheerier, more forgivable, and ultimately hopeful.

The always excellent Catherine Keener and Toni Collette are impressive, of course. Ben Falcone also gets in some good lines, and keep a look out for Toby Huss as Eva’s ex. (He’s The Wiz, and nobody beats him! Seriously, it’s that guy from Seinfeld. You’re welcome.)

Holofcener’s crafted a wise and affectionate look at middle age. Her writing is just as incisive as ever, but this cast finds more heart in the humor – Gandolfini in particular. As he did with all of his best work, he uncovers the vulnerability in the character that makes him human, recognizably flawed and therefore compelling.

That’s right. He could even play the romantic lead. The guy could do anything.