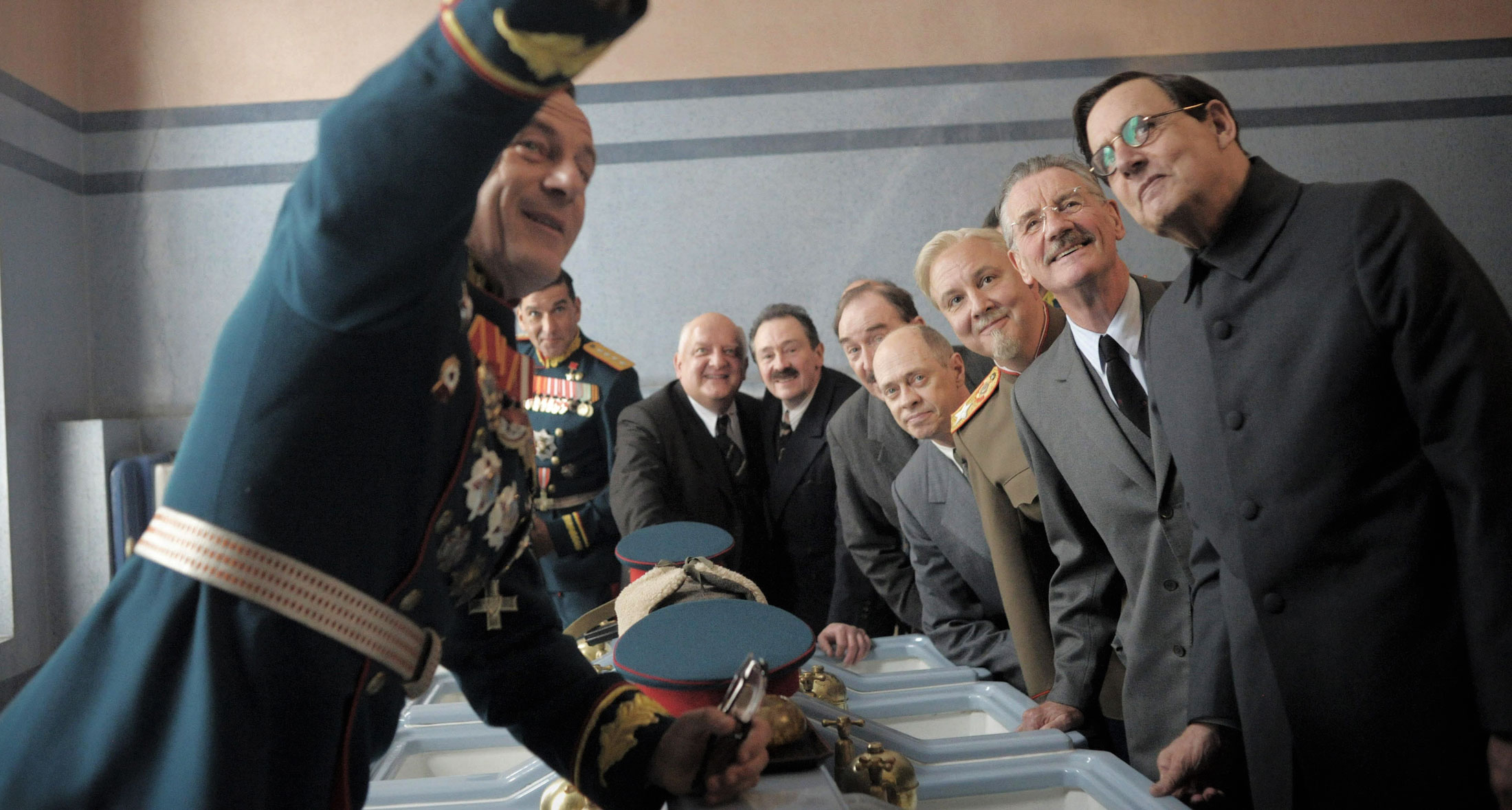 Opening with a madcap “musical emergency” and closing with a blood-stained political coup, The Death of Stalin infuses its factual base with coal back humor of the most delicious and absurd variety.

Iannucci has a confident grip on his vision, and the impeccable cast to see it through,

Who else would play Nikita Khrushchev but Steve Busemi? Then there’s Jeffrey Tambor and Simon Russell Beale as committee members jockeying for power after Stalin’s death, Andrea Riseborough and Rupert Friend as Stalin’s manically desperate kids, and Jason Isaacs arriving late to nearly steal the whole show as the uber-manly head of the Russian army.

As enemies lists are updated (“new list!”) and constant assassinations whirl, the hilarious barbs keep coming in dizzying succession, each delivered with bullseye precision by lead actors and walk-ons alike. Monty Python vet Michael Palin is a fitting face in the ensemble, with Iannucci structuring a few bits (like Buscemi and Tambor trying to slyly switch places at Stalin’s funeral-classic) that recall some of the finest Python zaniness.

Long live The Death of Stalin!