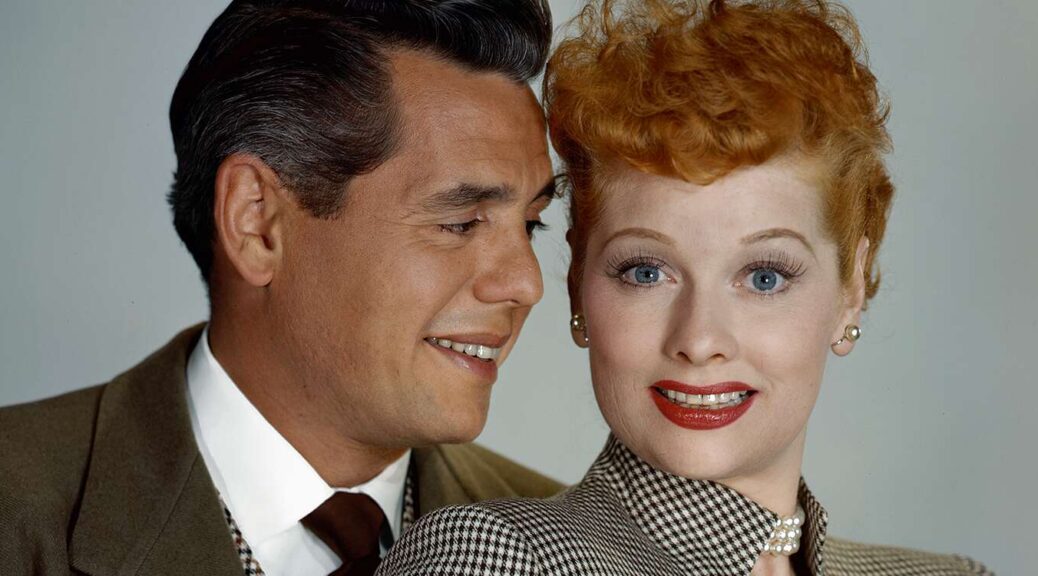 You’ll see famous faces expressing some well deserved admiration for the legendary subjects of Lucy and Desi, but none come close to eclipsing the voice of the face you never see: director Amy Poehler.

The love and respect Poehler has for Lucille Ball and Desi Arnaz is evident in every frame, as she leans on a goldmine of archival footage to inform, entertain, and giddily geek out.

And the key to the family vault comes from daughter Lucie Arnaz Luckinbill, interviewed poolside while explaining her parents’ fondness for filling countless audio tapes with thoughts and recollections.

What a gift for Poehler and veteran documentary writer Mark Monroe, who weave Lucy and Desi’s own voices around home movie footage, news reports, both classic and rarely seen TV clips, and those raves from admirers to cast a spell that nearly glows with warmth.

Poehler, in her debut doc, shows a fine instinct for knowing killer from filler. She’s able to remind us of Lucy and Desi’s trailblazing show biz greatness, teach us some things we may not know (they aired the first “re-runs”), and take us behind the scenes of both their work and home life, without wasting even one of the film’s ninety some-odd minutes.

And yet, whether or not you’ve seen Aaron Sorkin’s Being the Ricardos (and if you have, this is a necessary companion), it’s hard not to feel like Poehler is pulling one big punch. Here, the end of Lucy and Desi’s marriage is attributed to the pressures of running their iconic DesiLu studios. Desi may admit to late nights “at the track” and a general lack of moderation in life, but the rumors of his affairs are never addressed.

But it’s clear that to Arnaz Luckibill, her parents’ journey together (one that ends with a very touching phone call) is only about “unconditional love.” So it may be that getting her on board (Desi, Jr. is heard from briefly, and seen only in old clips) came with a stipulation.

If so, that’s a deal Poehler had to take. Much like Linda Ronstadt’s first person storytelling made The Sound of My Voice so compelling despite a refusal to discuss her relationships, seeing and hearing Lucille Ball and Desi Arnaz narrate their own lives is what gives the film the intimacy that enables it to soar.

Two people loved each other deeply, ’til the end. Those two people are legends for some damn good reasons. That’s the point of Lucy and Desi, and it’s one well taken.