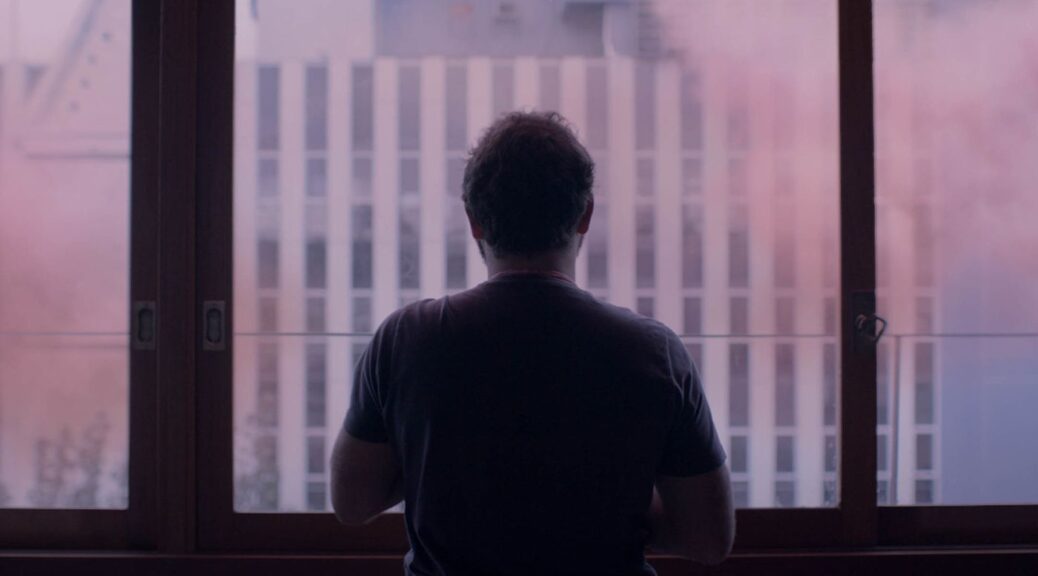 Want to know tomorrow’s lottery numbers today? Check in with filmmaker Iuli Gerbase, because if The Pink Cloud (A Nuvem Rosa) is any indication, she’s got a window to the future.

And the first of many fascinating aspects in the film comes right up front, when a disclaimer lets you know that Gerbase wrote the script for her debut feature in 2017, filming it two years later.

The timeline may not seem like much at first, but soon you’re wondering how your perception of the film might change if that disclaimer was placed at the end, or perhaps not even placed at all.

Giovana (Renata de Lélis) and Yago (Eduardo Mendonça) are a Brazilian couple waking up on a terrace after what appears to be a one-night stand when a government warning orders them inside. There’s a strange pink cloud in the sky, and it’s lethal after just ten seconds of exposure.

Welcome to a new world of quarantine.

Except in 2022 that premise is anything but new, which instantly gives the film an ironic prescience that’s just as likely to attract an audience as it is to repel it.

As the days of lockdown turn to weeks and then to years, Gerbase crafts a quietly unsettling clash of the complex intimacies seen in The Woman in the Dunes and Room with a more universal rumination on how the seams of a population react to forced isolation.

And while our shared experience the last two years will reveal some of Gerbase’s internal logic to be a bit unsteady, she hits an eerie amount of bulls-eyes, including one bit of dialog that lands as much more of a reveal than Gerbase could have possibly imagined.

On a video chat with Giovana, a desperate friend tearfully pleads for any salvation from the crippling loneliness, leading the film to a Twilight Zone moment that dramatically re-frames the arrogance driving one of today’s biggest flashpoint issues.

Lélis and Mendonça both deliver wonderfully insightful performances, as their characters try their best to make a go of a relationship never meant to be long term. The cloud works on Giovana and Yago in different ways, leading to some extreme measures as they drift away from each other and then slowly back again.

Disclaimers aside, The Pink Cloud is an absorbing peek inside the delusions that hide our frailties. But viewing it through the lens of our recent history reveals a filmmaker finely tuned to human nature who should command more attention in the future.