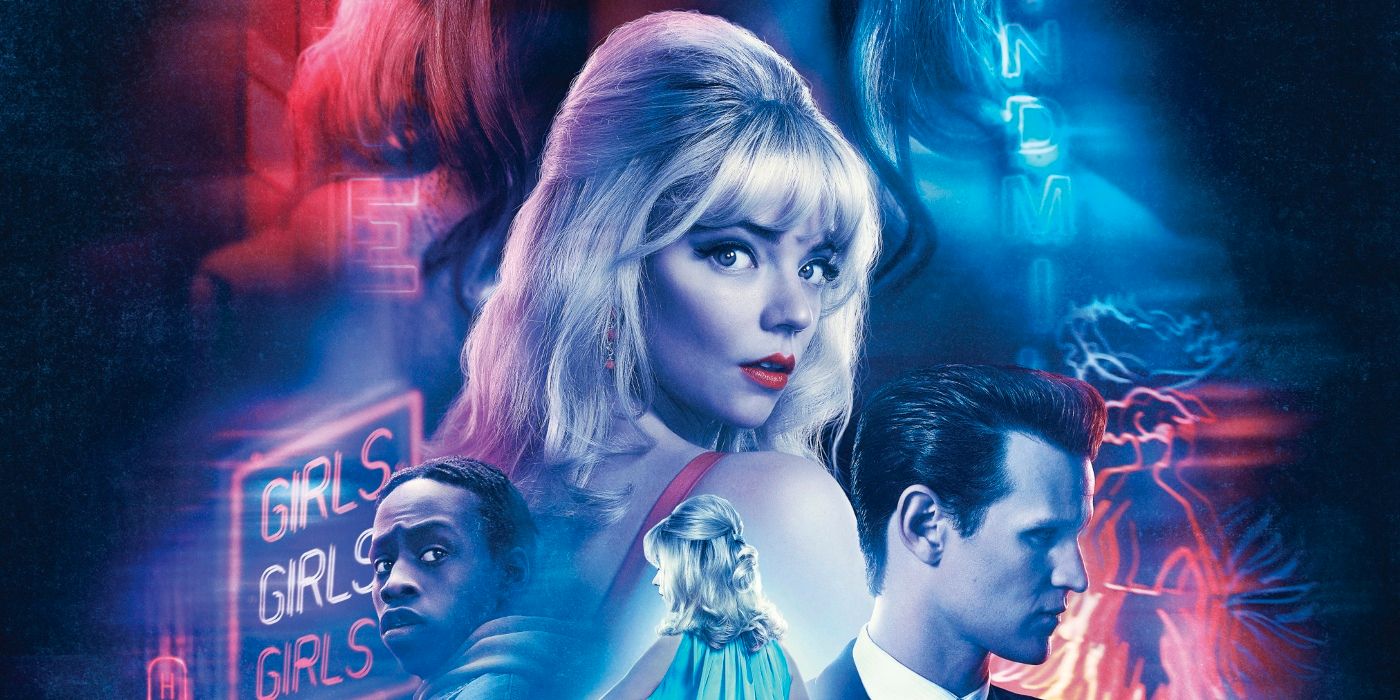 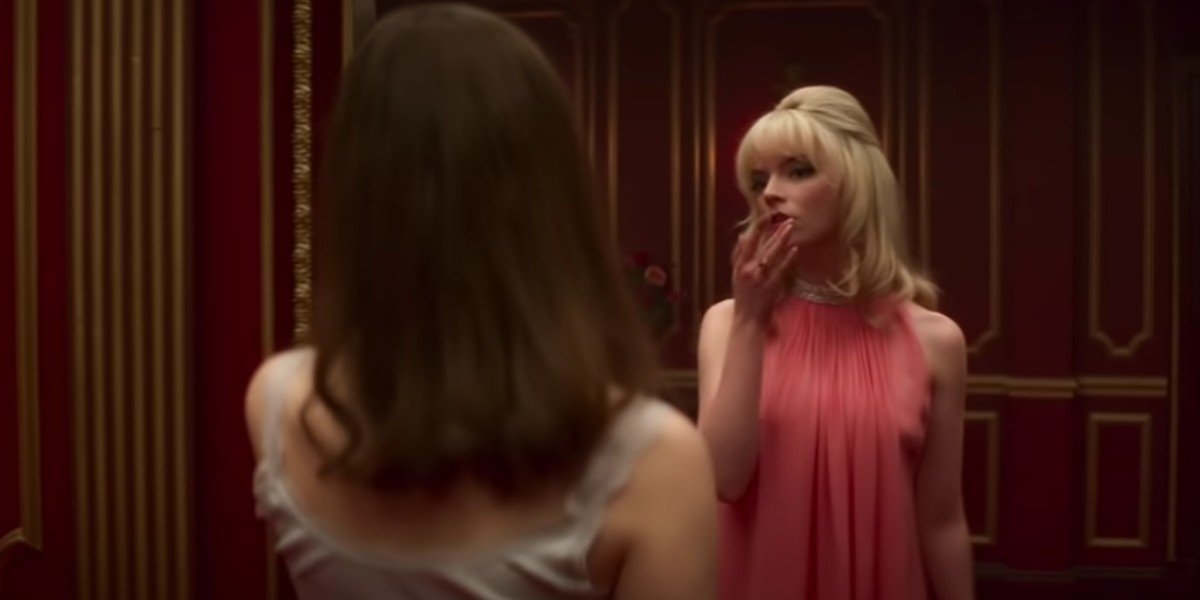 A pair of Beats headphones is Last Night in Soho‘s first clue that you’re not where you think you are.

The sights and sounds of young Ellie’s (Thomasin McKenzie) bedroom scream 1960s London. And though that’s where and when she’d really like to be living, Ellie is a modern-day British country girl, brought up by her Grandparents after her mother’s suicide years earlier.

Ellie dreams of a career as a designer, so she’s thrilled by an acceptance letter from the London College of Fashion. But once in the big city, the shy “country mouse” has trouble adjusting to the pace and the pressures of city life.

Her refuge becomes vivid dreams from the swinging 60s era she celebrates, detailed visions that put Ellie alongside Sandie (Anya Taylor-Joy), a young singer looking for fame and fortune among a sea of predatory men.

As Sandie’s trust in nightclub manager Jack (Doctor Who‘s Matt Smith) leads her down a dark and dangerous path, Ellie’s dreams turn truly terrifying. And the deeper Ellie is drawn into Sandie’s world, the more she believes a creepy old dude from her local pub (Terence Stamp) is really present-day Jack, who needs to pay for his past misdeeds with a succession of starstruck London girls.

Director and co-writer Edgar Wright slows his often frantic pace this time, trading those trademark edits for a more languid, appropriately dreamy vibe. His love of color is still front and center, and a giallo pastiche is just one in his Soho arsenal. There’s a time-hopping mystery here, sitting at the center of bloody thrills and a Black Swan-esque exploration of female trauma.

Wright hooks you early with delightful period details and – of course – some effortlessly hip throwback tunes for the soundtrack. His camera is nimble and his faming is precise, often using mirrors to exquisitely blend Ellie’s dreams with Sandie’s past.

McKenzie is doe-eyed perfection as the naive Ellie, an innocent somehow working out her own issues through the tragic past of a kindred spirit. Taylor-Joy is equally wonderful, bringing sad authenticity to Sandie’s quick descent from confident talent to broken soul. Stamp and Smith provide terrific support, eclipsed only by the bullseye casting of Diana Rigg (in her final role) as Ellie’s landlady.

Last Night in Soho is an often glorious mashup of settings and genres, and though you’ll recognize all of them, the package still carries a postmark that’s uniquely Wright’s. Maybe that’s why the resolution lands as curiously rote.

As was the case with the darling zom-rom-com Shaun of the Dead, it seems as if Wright doesn’t have the meanness to make a scary movie. He understands them, clearly, and bends their tropes to his will. Here he pulls apart Hitchcock and Argento to invert the genre’s fetishistic relationship with violence against women. Wright does this with such panache for 2/3 of the film that the final act feels abruptly tidy, too clear a reversal.

Does it spoil the Soho experience? Don’t be silly, baby! This film is a gas, but one that leaves you with with a little reminder that Wright’s most perfectly groovy film is still to come.