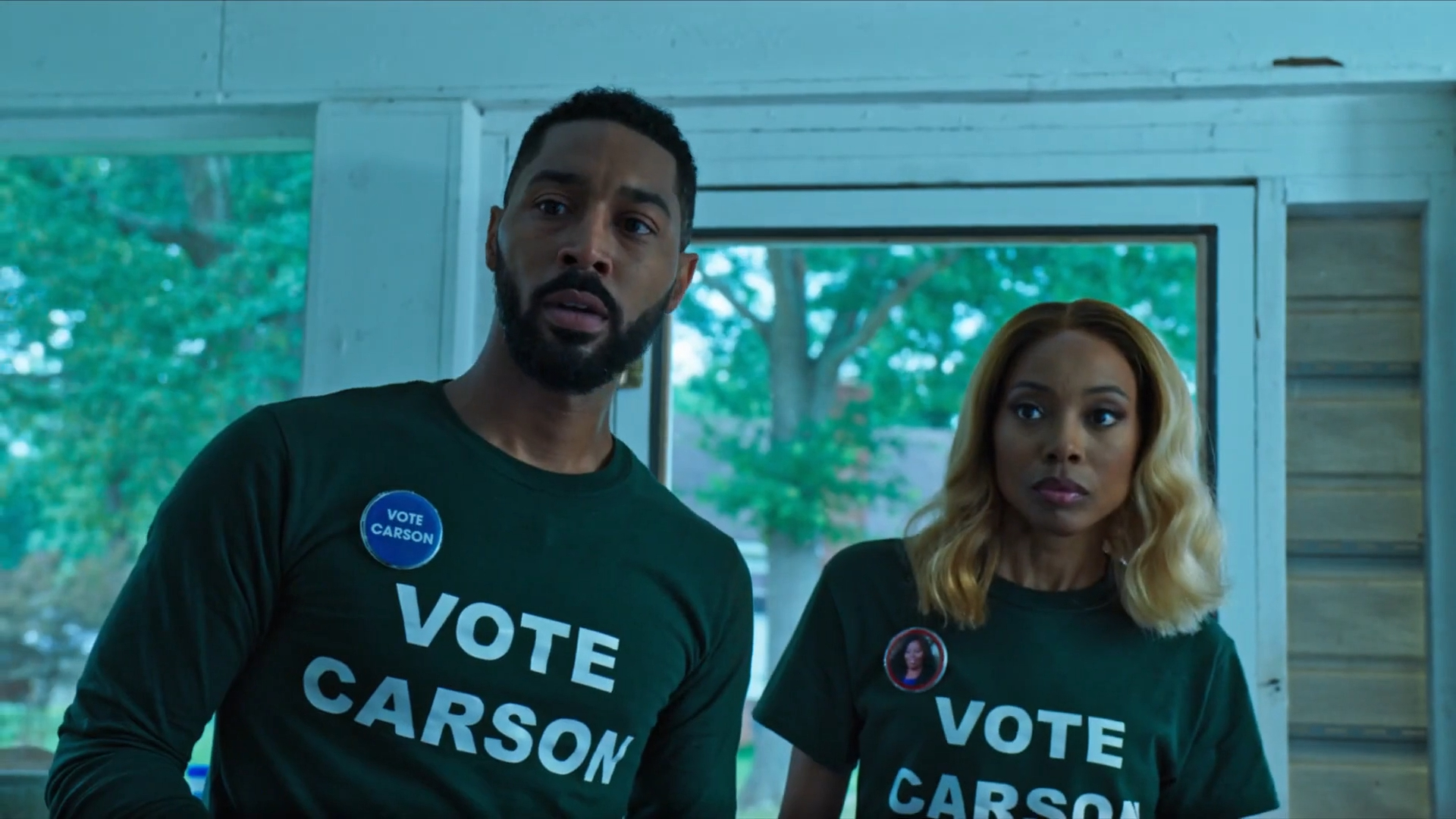 Remember Shudder’s 2019 documentary Horror Noire: A History of Black Horror from director Xavier Burgin? It was great, wasn’t it? And if you thought to yourself that you’d love a sequel, you should know that this week’s Shudder premiere Horror Noire is not that. Not exactly.

Instead, it is an anthology of six horror shorts made by Black filmmakers. Writers, directors, performers, ideas, perspectives, points of view — everything the documentary made us realize we were not getting – is delivered by the anthology.

Todd, True and Barrett star as a married couple pulled apart by a cult in one of the strongest entries, Rob Greenlea’s Fugue State, a sly comment on a common problem. Kimani Ray Smith’s Sundown is a fun reimagining of horror tropes led by Stormare’s characteristic weirdness and the action hero stylings of Erica Ash.

Other shorts are a little less successful. Robin Givens’s Daddy digs into parental horror but can’t balance build-up with payoff. Zandashé Brown’s The Bride Before You brims with insight and style, but an overreliance on voiceover narration keeps the film from developing the kind of atmosphere it hopes for.

Joe West’s The Lake also falls just short of keeping you interested and guessing, although a fuzzy backstory allows for a more thought-provoking lead character than you might expect.

The full stash runs two and a half hours and might have played better as a short series. It’s a long commitment, and every film has weak spots, which makes the time really feel like a commitment. But there’s much to enjoy with each episode. Taken as a whole, there’s variety enough in style and substance to promise something for everyone.