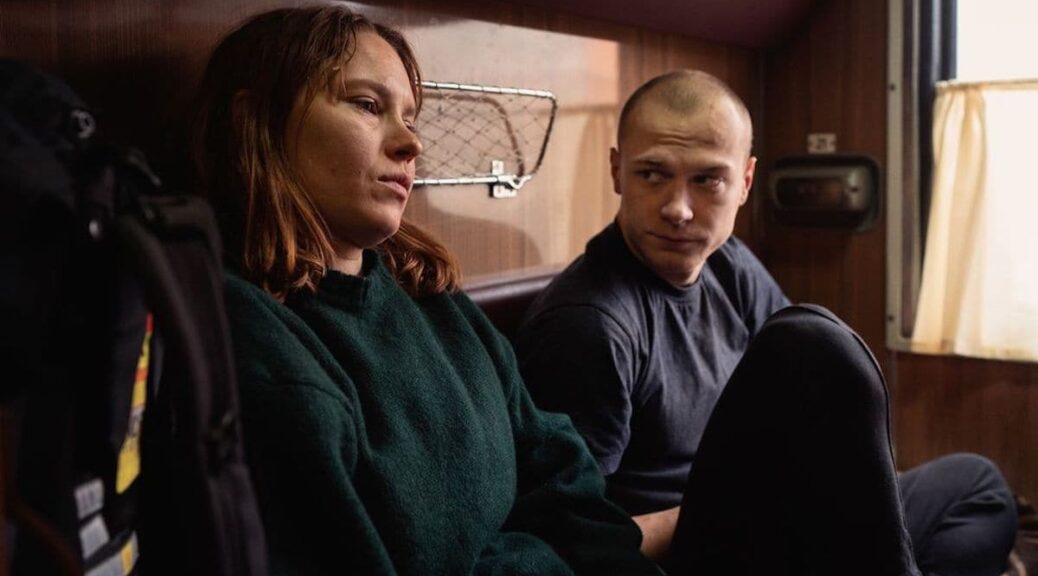 She’s a Finnish archeology student on the way to study some ancient cave paintings in remote northern Russia. He’s a blue collar Russian just traveling to where the work is. They share tight quarters in Compartment No. 6, a measured and often beguiling look at the mysteries of human connection.

Laura (Seidi Haarla) thought she’d be taking this trip with her girlfriend Irina (Dinara Drukarova). Instead, she’s solo on the train to Murmansk, and her first impression of roommate Ljoha (Yuriy Borisov) is not a good one.

He’s drunk and crude. She’s quiet and introspective. So the air in their little compartment might just get as bleak and cold as the view outside the train’s sterile, fogged up window.

Adapting the source novel by Rosa Liksom, director/co-writer Juho Kuosmanen draws effective contrasts between the two environments, especially when one of them begins to thaw. Buoyed by the two excellent lead performances and moments of dark humor in the script, Kuosmanen leans into the 1990’s setting to evoke a world that seems adrift in time and space.

Last year’s Grand Prix winner at Cannes, the film often feels like a slow journey for us as well, but don’t mistake the unhurried pace for aimlessness. Be patient and take the ride. Compartment No. 6 has a warm fuzzy feeling at the last stop.