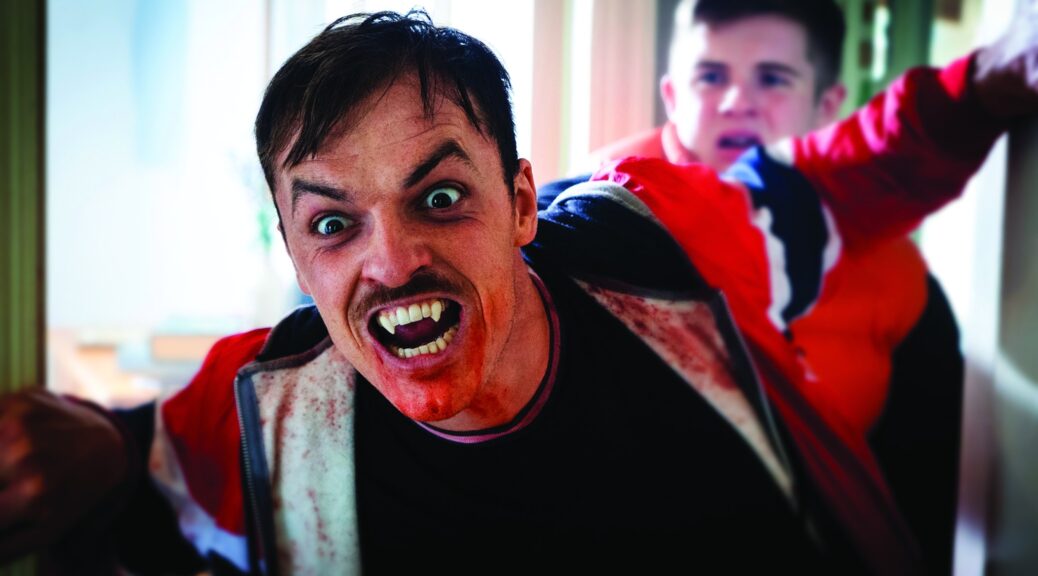 Let the Wrong One In

First off, someone has earned a victory lap for that title, Let the Wrong One In. It’s perfect. Five words, and we instantly expect this film to be about vampires, and we expect it to be silly.

Writer/director Conor McMahon, the Irish goof behind Stiches and Dead Meat, brings his trademark nuttiness and thick, sometimes caption-worthy brogues to a story of love among the bloodsuckers.

“What are you insinuating?”

After calling in Dr. Henry (Anthony Head from TV’s Buffy the Vampire Slayer), the boys discover that the doc is also a vampire hunter (and train enthusiast) on the trail of his fiance Sheila and her gang of vamps.

There’s a showdown looming between the living and the undead, with McMahon and crew leaving a blood and guts-splattered trail along the way. The effects are low-rent and cheesy, the gags often obvious but always affable, and the nods to Kubrick and Edgar Wright unmistakable.

And if you’re thinking What We Do in the Shadows, this is a slightly different neighborhood. Let the Wrong One In is more working class, unbridled and often scattershot in its delivery.

But it does end up delivering on the promise of that title, with just enough zany bite to make the lifeless stretches easier to bury.