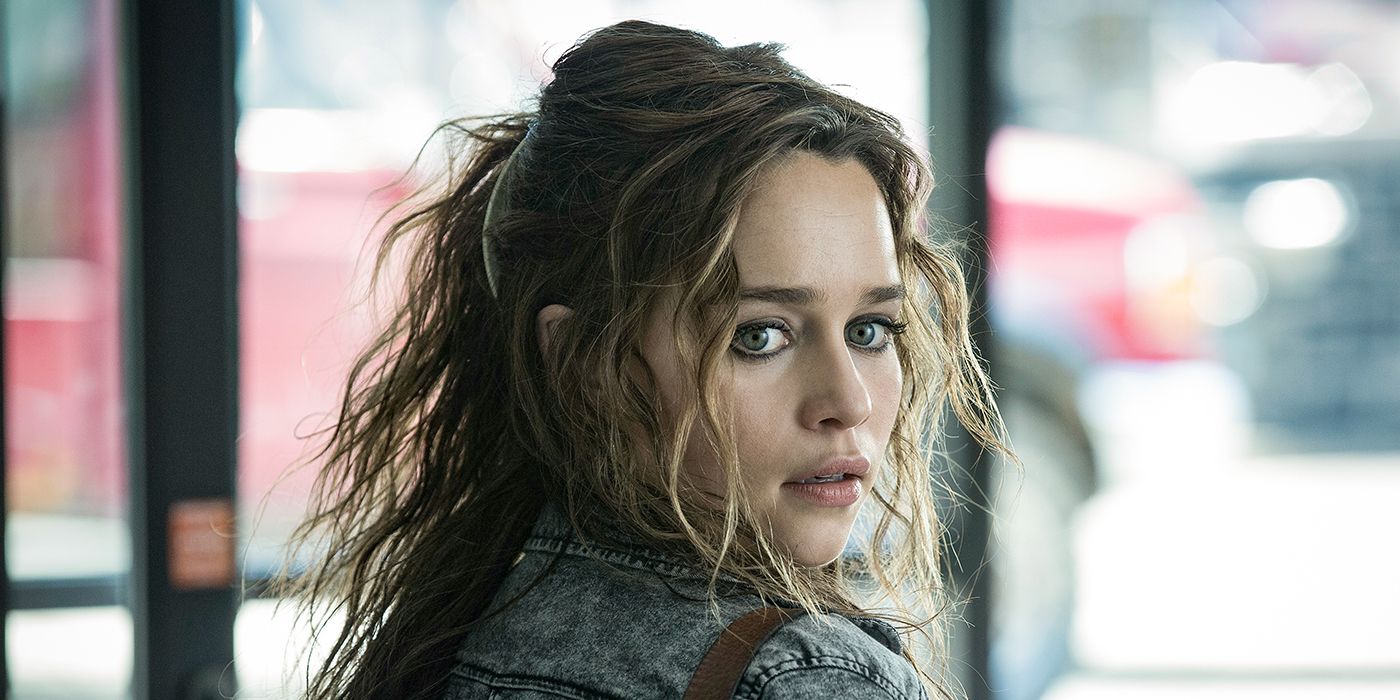 There are films that open with voiceover. Sometimes the voiceover is a character who is already dead. These films are rarely very good.

It’s no spoiler. As Susan Smith (Emilia Clarke) waxes melancholic over the opening images of Phillip Noyce’s true crime thriller Above Suspicion, she’s straightforward with us. She’s dead, we’re watching her body being found, there sure are a lot of trees, and now she has a lot of time to think.

Chris Gerolmo (Mississippi Burning) adapts Joe Sharkey’s book about the case, which was also the subject of Aphrodite Jones’s book The FBI Killer as well as at least one true crime TV series episode. Why all the fuss?

Susan Smith’s case represented the first in history to see an FBI agent convicted of murder.

Smith, a smalltown Kentucky addict with two kids, a live-in ex-husband for a dealer, took a shine to Mark Putnam (Jack Huston) the moment she saw him. The shiny new FBI agent, just two weeks on the force, had taken the gig to begin to build a career. He and his wife Kathy (Sophie Lowe) had a 5-year plan.

Smith would alter that plan.

Noyce’s movie looks good. It looks the part, plenty of dusty small towns, low rent lots, dive bars and trees. And he’s assembled a game cast. Clarke surprises as a hard and hard-headed woman looking for a way out.

A cascade of odd ducks and smalltown curiosities give plenty of supporting actors the chance to add some layers to the Appalachian backdrop. Johnny Knoxville especially impresses as Smith’s low key but dangerous ex.

Huston’s take on Putnam is pretty forgiving. The performance feels indecisive. In his hands, Putnam is certainly too smart to fall into this situation, but is he naïve enough to do it? This is partly where the entire film falters.

The voiceover lets us know whose story we’re hearing, and yet somehow we’re mainly on Mark’s side through most of this. Kudos to Noyce and Clarke for sidestepping noble victim cliches and giving Smith a backbone as strong as her head is wrong, but the film’s overall tone lacks conviction.

It doesn’t help that we know where everything is going from the opening scene, since Smith tells us. There’s no real tension to build, and Noyce never takes advantage of his opportunity to give us an unreliable narrator. At least that would have given us something to think about. Lacking that, or any real insight and certainly no deep empathy for anyone involved, Above Suspicion can’t help but feel like a couple hours of wallowing in someone else’s pain.

The past is not dead. It’s not even past.

That Faulkner quote gets a lot of action in writers/directors Gerard Bush and Christopher Renz’s social nightmare Antebellum.

The titular term describes the period in American history just prior to the Civil War. That’s where this thriller finds its horror, and where a prominent, present day African American sociologist/activist/author wakes up to find herself trapped.

Janelle Monáe crafts an impressive lead as Veronica, a PhD beaten, branded and forced to accept a slave name in a film that plays out like a disturbingly relevant Twilight Zone episode.

The hideous rise of white nationalism is the true nightmare here – fertile and bloody ground for horror. From Godzilla to Get Out, horror has always brimmed with social commentary and anxiety, so it should come as no surprise that a genre film tackles America’s racist shame this directly.

And while this approach certainly grabs your attention with its boldness, Bush and Renz can get too caught up in obviousness and speech-making. The second act suffers most from these heavy hands. The modern day shenanigans with Veronica and two friends (Gabourey Sidibe, Lily Cowles) push too hard, last too long and say very little.

But as much as Spike Lee has recently connected the past and present of racism with layered nuance, Bush and Renz go right upside our heads. Pulpy exploitation? It goes there. It’s a horror movie.

Horror movies exist so we can look at the nightmare, examine it from a distance, and come out the other side, unscathed ourselves. Antebellum is acknowledgment and catharsis, and not only because all those Black people being terrorized on the screen are fictional, instead of real victims in another cell phone crime scene. The film’s true catharsis – a highly charged and emotional payoff – lies in Act 3: comeuppance.

And it is glorious.

There are stumbles getting to the fireworks, but for sheer heroic tit for tat, Antebellum delivers the goods.