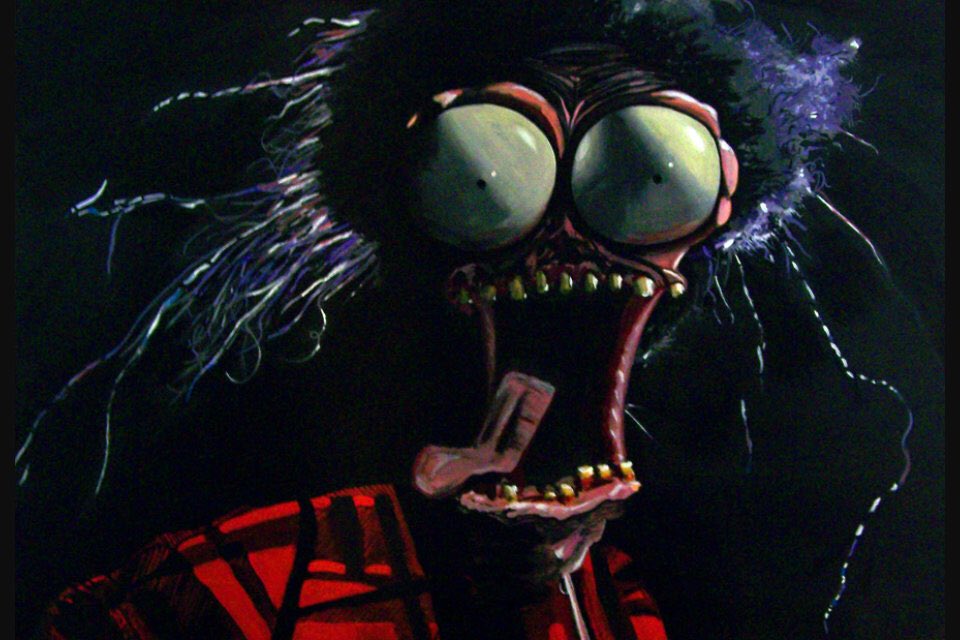 We spend a lot of time ripping on weak and lazy jump scares. But today we want to acknowledge that, when done well, jump scares can be an incredibly effective tool for a horror filmmaker.

Here are our 10 favorite jump scares from horror movies.

This movie is a freak show of scares beginning to end, and the different images the demon takes throughout is forever terrifying and fascinating. But it was the tall man at the door that really got to us.

First of all, this is a spoiler. But the film came out 65 years ago, so if you haven’t seen it by now (we even showed it once!), that’s on you, man. It’s a classic, and a classic scare.

Again, here is a film chocker block full of utterly fantastic creeps, all told a moment at a time. But it was that first one, when we see Samara’s first victim, that set the stage and made us jump out of our seats.

So much nuttiness, so many confusing ideas to keep track of, such a master class piece of atmosphere building in this film. You just are not expecting jump scares in this one. And yet, as one dinner party goes wrong…

Tell us you saw this one coming and we will tell you that you are a liar.

Oh holy shit. You think Sue Snell has been through enough, what with missing out on prom and watching every friend she has die in a flaming blood bath. But you would think wrong.

Ring ring. Ring ring. The way Takashi Miike frames this scene, lovely Asami’s hair draped in front of her, her spine showing, that loud phone – you can’t take your eyes off her, waiting for her to rouse, to answer. You might not even notice that burlap sack…

Jaws has two classic jump scares, and it was hard to pick. Remember when Hooper’s digging that tooth out of Ben Gardner’s boat and then, all the the sudden, a human head! Well, that would have been enough for most movies, but after waiting nearly 2/3 of the film to see that shark, Steven Spielberg introduces his lead with authority.

James Wan’s instant classic haunted house movie also boasts more than one strong contender for this list. That hand clapping scene, showcased in the trailer, was reason enough for us to buy our tickets. But the one that did the most damage starts with a sleep walker and ends with the best jump scare in the last twenty years.

1. The Exorcist III: guy in the hall

There are so many utterly priceless moments in this underrated horror show: Patrick Ewing and Fabio as angels, Sam Jackson as a blind man, that terrifying confessional scene. But there is this one flash of white that is the reason everybody who sees this movie remembers it.