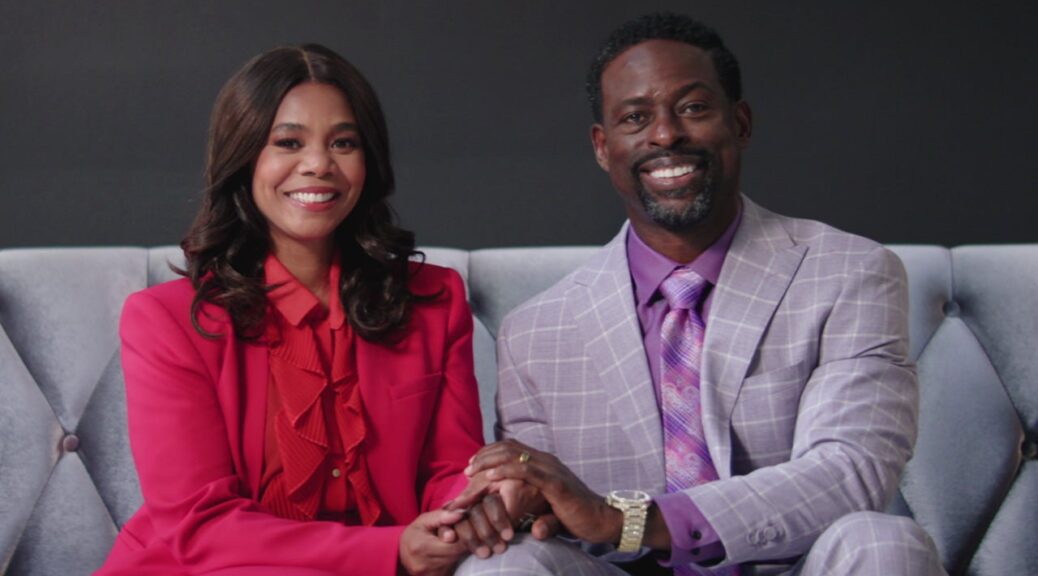 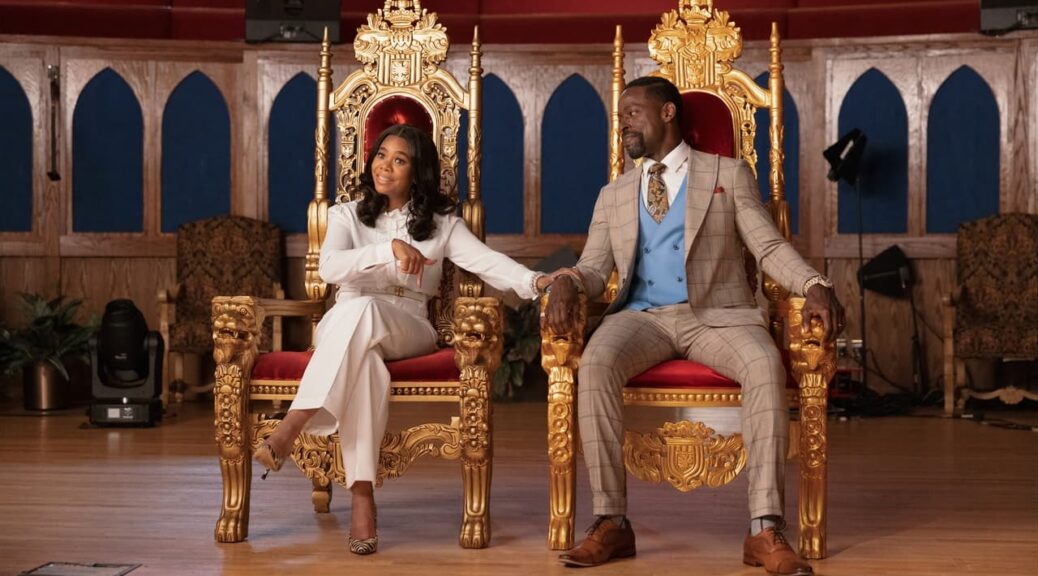 Honk for Jesus. Save Your Soul.

Honk. It’s such an inelegant word. Not that beep or toot are much more graceful, but honk?

That’s what makes it such a perfect choice for writer/director Adamma Ebo’s look at commercial spirituality, Honk for Jesus. Save Your Soul.

First Lady Trinitie Childs (Regina Hall, amazing as always) is launching a comeback. Her husband, Pastor Lee-Curtis Childs (the incomparable Sterling K. Brown), had a little run in with morality and scandal five years ago. Since then, their mega church, Wander to Greater Paths—which once boasted more than 10,000 congregants—has been shuttered.

Well, no more! That scandal is almost behind them (there’s the issue of one hold out in the settlement…) and this dynamic duo is ready. And they want people to know, which is why Lee-Curtis agreed to let a documentary crew follow them as they prepare for their upcoming Easter Sunday resurrection.

What follows is a mockumentary of sorts, although Ebo’s point of view is not exclusively that of the documentarian (that elusive Anita). And while the world seems most interested in the pastor and his past transgressions, that sly Anita seems more drawn to the first lady.

To call this a satire, or really even a mockumentary, is to be a bit off the mark. Though it’s often funny, it’s not exactly a comedy, either. Brown’s damaged, shamed pastor is so pathologically single-minded as to be villainous outright. But Brown seems incapable of creating a character whose flaws don’t make him all the more human, and therefore tender, however irredeemable.

Likewise, Hall, whose performance is more decidedly comedic, mines Trinitie for deep conflict between submission to spirituality or to patriarchal bullshit. Her profound unhappiness partnered with her pride make the character a preaching contradiction in a church hat.

Solid support work bolsters the comedy (Nicole Beharie, in particular) and the tragedy (the late introduction of Austin Crute’s Khalil is powerful).

What starts off as a bit of fun at commodified religion’s expense turns into a surprisingly layered and cynical investigation into the damage organized religion of any kind can have, especially on those who believe.