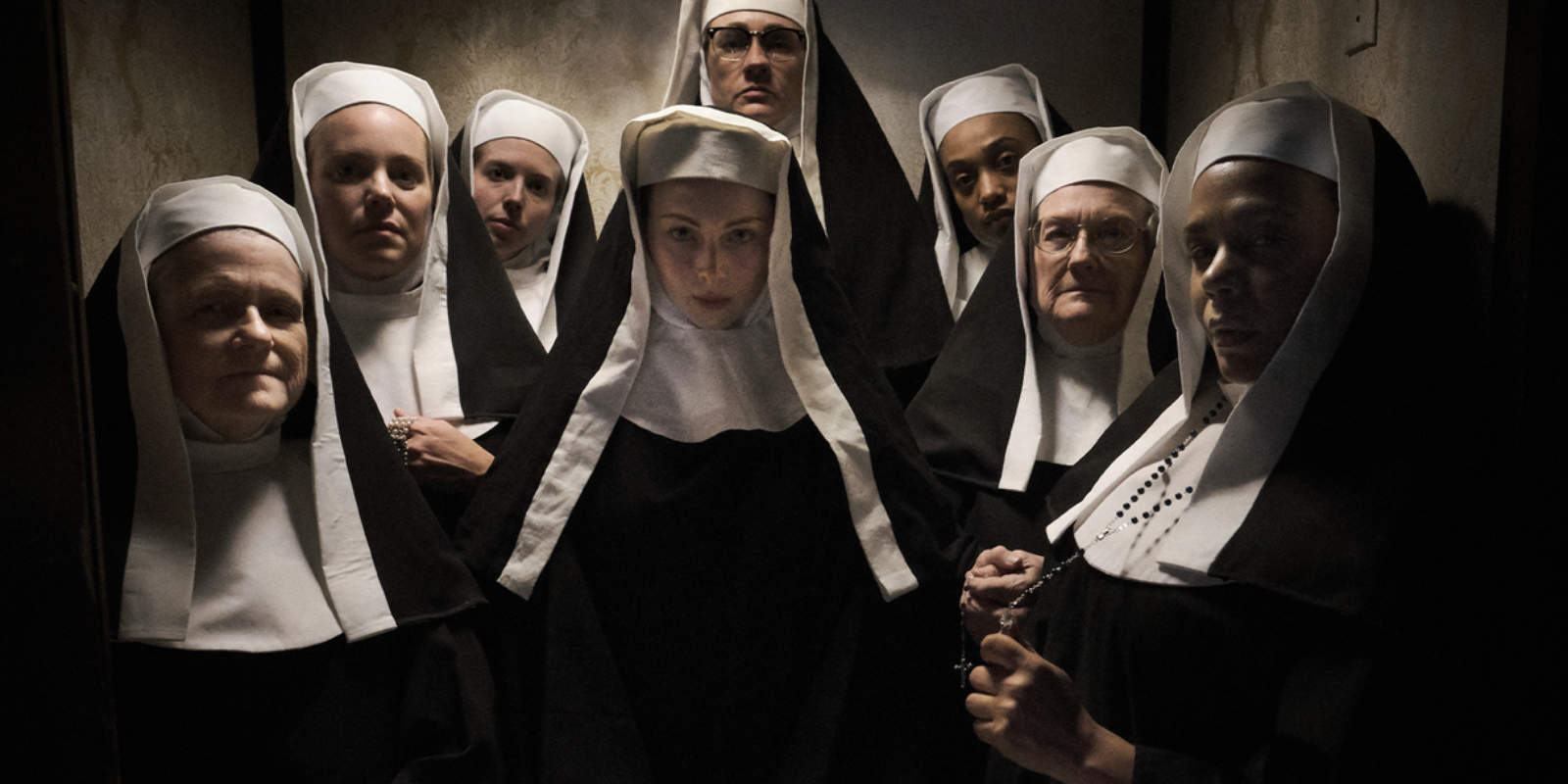 After Agnes, some disgruntled horror fans may end up checking the credits for the stamp of A24. Don’t get me wrong, I consistently love A24’s brand of spooky, but I can’t deny that some of their trailers write a visceral check that the films themselves don’t always cash.

So don’t come to Agnes for some standard demonic possession fare, cause it ain’t here. But what director/co-writer Mickey Reece has in store ends up being bold and weird, funny and captivating, and in the end, even sweetly hopeful.

Opening with a convent birthday gathering that gets out of hand fast, Reece then introduces us to Father Frank Donaghue (Ben Hall), whose knowledge of the rite of exorcism earns him a meeting with the Bishop. Back at Santa Teresa, young sister Agnes (Hayley McFarland) seems to have the Devil in her. Church elders want Father Frank and his neophyte Benjamin (Jake Horowitz) to cast it out.

Things don’t go well, leading Father Frank to call in reinforcement from the renegade Father Black (Chris Browning), a cocky, chain-smoking padre who puts Agnes through a hilarious bit of exorcising straight out of Airplane!

If you saw Reece’s Climate of the Hunter, you won’t be surprised by the layer of dark humor running through his latest. But what might surprise you is realizing that what happens to Agnes isn’t really the point here. The point is what happens to Mary (Molly C. Quinn).

Sister Mary committed to the convent after a tragic loss in her life but abandons the order following those clumsy attempts at driving the Devil from her friend. From there, Reece also leaves the convent behind to focus on Mary’s attempts at re-adjusting to “normal” life.

The film’s tone takes a major shift, establishing a clear contrast between nunnery silliness and real-world struggles that reinforces an early observation made by Father Frank.

Belief in evil is on the rise, so where is the increased belief in Godly things?

Quinn (Mrs. Grady in Doctor Sleep) invites both curiosity and sympathy as Mary wanders wide-eyed and often expressionless, looking for a reason to believe. She proves a wonderful vessel for both Mary’s crisis of faith and Reece’s unconventional methods for raising worthwhile questions.

Follow its admittedly jarring path and Agnes just might make you find comfort in your next ham sandwich.