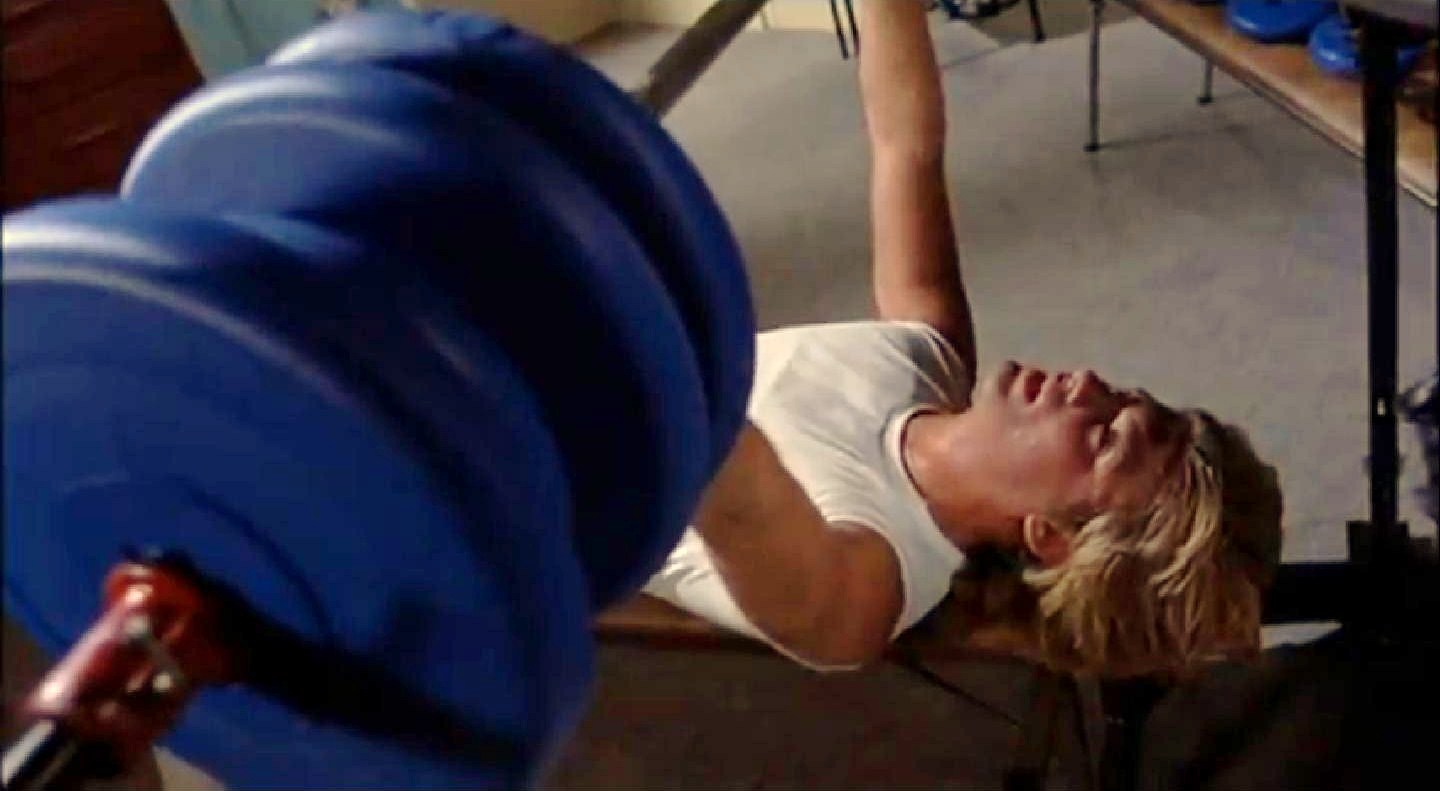 We want to thank Cory Metcalf of the Rewatch Podcast for joining us today to look into those meticulous planners who cause so much trouble! They’ve thought of everything! Here are our 5 favorites, but listen in because Cory brought his own list.

Evil twins, Eighties icons, chicanery—this movie has it all. The pseudo-slasher was panned when it came out. Horror fans felt mocked (plus there’s no gore—not really), and the general public didn’t seem to get the joke.

But Danilo Bach’s screenplay is a clever dose of slasher desconstruction. Deborah Foreman (Valley Girl, Waxwork, My Chauffeur, Grizzly II) is Muffy and/or Buffy, a little weirdo who’s having some coed guests out to the island for spring break. Amy Steel (Friday the 13th Part 2) will be there, along with a lot of feathered hair and Biff from Back to the Future, to see what the hostess has planned.

She has definitely done some planning.

OK, no one’s saying it’s a good movie. But Ann has a real knack for planning.

This is one of those Eighties horror gems that involves a traumatic head injury, black outs, and serial murder. And a latex face!

Director J. Lee Thompson had made classics like Cape Fear and Guns of Navarone (for which he earned an Oscar nomination), but the Eighties were hard on everyone. Here he is ushering Little House on the Prairie star Melissa Sue Anderson into scream queen stardom with a ridiculous slasher.

And yet, when the big reveal comes, audiences couldn’t have guessed it. They really couldn’t have because the team of screenwriters hadn’t finished the script until it was time to shoot the end. So they were not good planners.

First of all, John Goodman. He’s always good, absolutely always, but in this film he is stone cold terrifying.

Not right off the bat, though. Howard (Goodman) had things all figured out, but then Emmett (John Gallagher Jr.) threw a monkey in the wrench and now there are three people down in Howard’s bunker waiting out the alien invasion.

Emmett was not part of the plan.

The plan has Howard living out the end of days alone with Michelle (Mary Elizabeth Winstead), whether she wanted to or not. And so unfolds a fascinating series of well-constructed events that fray your nerves.

Yes, we’ve included this movie on another list. And why not? How many horror movie characters have the patience to plot out this 15-year-long revenge? Who else has figured out how exactly to manipulate his foe, to wear him down, to put him into a situation that makes him realize just how wrong he might have been?

Only Yoo Ji-Tae (Woo-jin Lee). We’ve given credit many times over the years to Choi Min-sik (the man can take a beating). But the elegant and controlled counterpart to Oldboy’s disheveled eruption of humanity is just as important. He is an eerie calm. His character represents every opposite thing.

And he’s been planning every detail of this revenge for 15 years.

Who else? He had everything and everyone figured out. He knew his calling, understood his victims, knew his own weakness, and knew how to become immortal.

And David Fincher knew how to surprise an audience. We should have seen it coming. We should have known. But we did not. Sure, that means we enjoyed the film, its creativity and cleverness startled us and stayed with  us. (Just like those different crime scenes did. Don’t tell me Sloth didn’t make you jump!)

But it also means that John Doe isn’t the only meticulous planner. Andrew Kevin Walker knew how to create a character who’s meticulous nature allowed him to outthink the police, but David Fincher’s eye for detail and instinct for mood is the reason Se7en still compels attention and horror 25 years later.