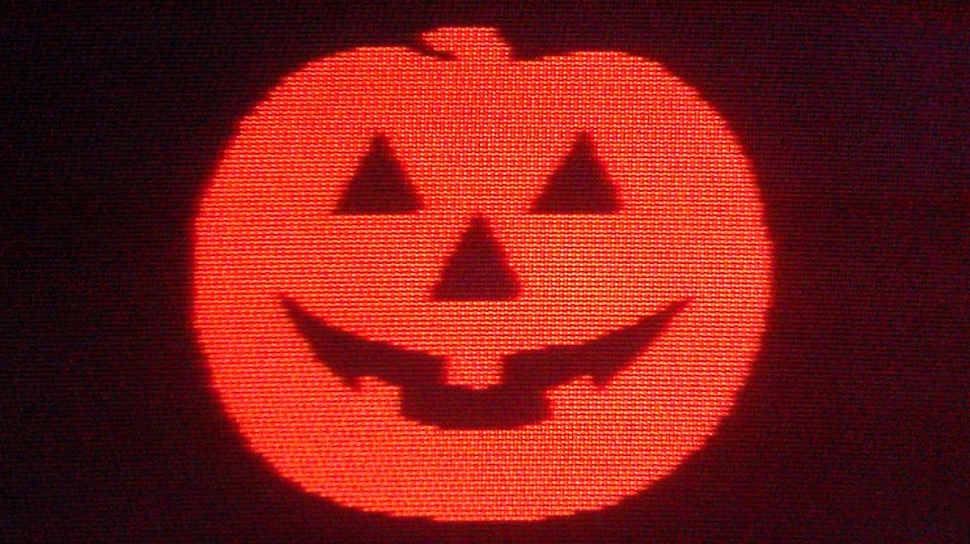 Broadcasting—TV, radio, podcasts—offer plentiful opportunities for horror. You have the good broadcasts, where an important message is being delivered to the right people: The Fog, I Am Legend, A Quiet Place Part II, Texas Chainsaw Massacre 2. And, of course, there are the evil broadcasts: Lords of Salem, Trick or Treat, The Cleansing Hour.

There are also two (well, three really)N utterly brilliant films with very particular broadcasts that are difficult to come by. We narrowed the list to broadcasts aimed at as many people as can be affected, and for that reason alone we’ve left off Poltergeist and Ring/Ringu.

So here are the five best ways horror filmmakers found to wreak havoc over the airwaves.

More SciFi and action than horror, still John Carpenter’s vision of an elite class using tech to mollify and control the population of the US was eerily prescient. And horrifying.

At the time, though, it was just plain entertaining in a way that married Carpenter’s own iconic Escape from New York vibe with the SciFi horror miniseries of the day, V.

But mainly, it’s Rowdy Roddy Piper chewing bubble gum, and the 6 1/2 minute fight scene between Piper and undeniable badass Keith David that make this film as fun to watch today as it was when it was released.

Man, people did not like this movie when it came out. After two massive blockbusters kicking off the franchise, somebody decided to make a Halloween movie without Michael Myers. It would go on to be one of the most beloved cult movies of all time.

Is the storyline confused? Well, its mythology—Celts and Stonehenge and shamrocks and Halloween masks and blah blah blah—but the point is Tom Atkins, isn’t it? Plus the main plot points: kids wear the masks, they watch the commercial, they hear that creepy jingle, and their heads effing melt.

Canadian director Bruce McDonald’s shock jock horror film is best appreciated as a metaphor on journalistic responsibility and the damage that words can do. Radio air personality and general pot-stirrer Grant Mazzy (Stephen McHattie) finds himself kicked out of yet another large market and licking his wounds in the small time – Pontypool, Ontario, to be exact. But he’s about to find himself at the epicenter of a national emergency.

McDonald uses sound design and the cramped, claustrophobic space of the radio studio to wondrous effect as Mazzy and his producers broadcast through some kind of zombie epidemic, with Mazzy goosing on the mayhem in the name of good radio. As he listens to callers describe the action, and then be eaten up within it, the veteran McHattie compels attention while McDonald tweaks tensions.

Shut up or die is the tagline for the film. Fitting, as it turns out that what’s poisoning the throng, turning them into mindless, violent zombies, are the very words spewing at them. It’s a clever premise effectively executed, and while McDonald owes debts all around to previous efforts, his vision is unique enough to stand out and relevant enough to leave an impression.

Videodrome was the last true horror and truly Canadian film in David Conenberg’s arsenal, and it shows an evolution in his preoccupations with body horror, media, and technology as well as his progress as a filmmaker.

Deborah Harry co-stars, and Woods shoulders his abundant screen time quite well. What? James Woods plays a sleaze ball? Get out! Still, he does a great job with it. But the real star is Cronenberg, who explores his own personal obsessions, dragging us willingly down the rabbit hole with him. Long live the new flesh!