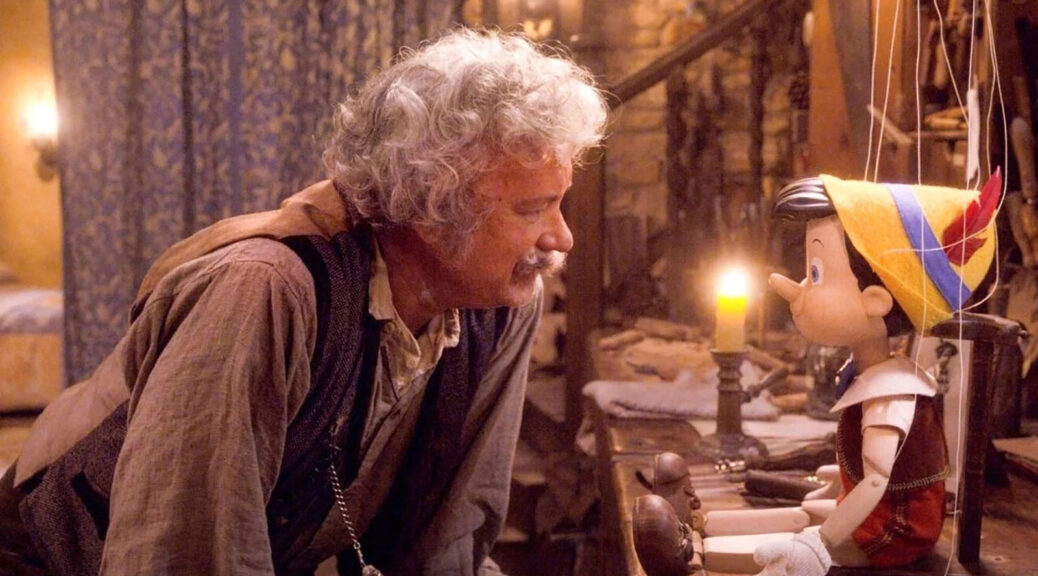 I saw a tweet not long ago that suggested Disney should stop with the live-action remakes and instead, re-do their classics with the Muppets.

That logic is sound. Disney now owns the necessary rights, of course, and Muppet treatments would at least ensure creative visions that run deeper than “because we can.”

Heck, Tom Hanks could still star in them, as he does in this new live-action version of Pinocchio. Really, it would be more of a surprise if Hanks didn’t play the kindly Geppetto, and he’s just as fitting as you would expect a GD National Treasure to be.

And since the film mixes Hanks and other live actors with impressive digital animation, seeing the name Robert Zemeckis (Who Framed Roger Rabbit?, The Polar Express, Welcome to Marwen) as director and co-writer gives you confidence the entire project will be well-crafted and satisfactory.

And it is. But if true magic is what your heart desires, keep wishing.

Young Benjamin Evan Ainsworth is in fine voice as the legendary puppet who longs to be a real boy, while Joseph Gordon-Levitt strains for that distinctive Jiminy Cricket phrasing and lands a little too close to South Park‘s Mr. Hankey.

But more importantly, Zemeckis and co-writer Chris Weitz seem too eager to justify their project via modern sensibilities. And in turn, they end up short-changing elements that made Disney’s original such an enduring favorite.

Luke Evans does make a delightfully devilish Coachman, who leads Pinocchio to an effectively realized Pleasure Island that glimpses some darker themes. Exploring more of these layers would have strengthened the fairy tale roots, but it’s the tale of the Blue Fairy (Cynthia Erivo) that gets the shortest shrift.

“When You Wish Upon a Star” is not just a song for Disney. By now it’s the bedrock of their entire, world-conquering, fantasy-selling enterprise. And Erivo has a beautiful voice.

Let her let it gooooo! (pun intended). Yes, the song comes early in the film, but go ahead and hit us with an extended mix of full-blown goosebump orchestration while the fairy dust goes to work, then a reprise over the credits. Erivo deserves it.

It could have been a magical moment, and Pinocchio needs more of them. Much more than it needs Chris Pine.