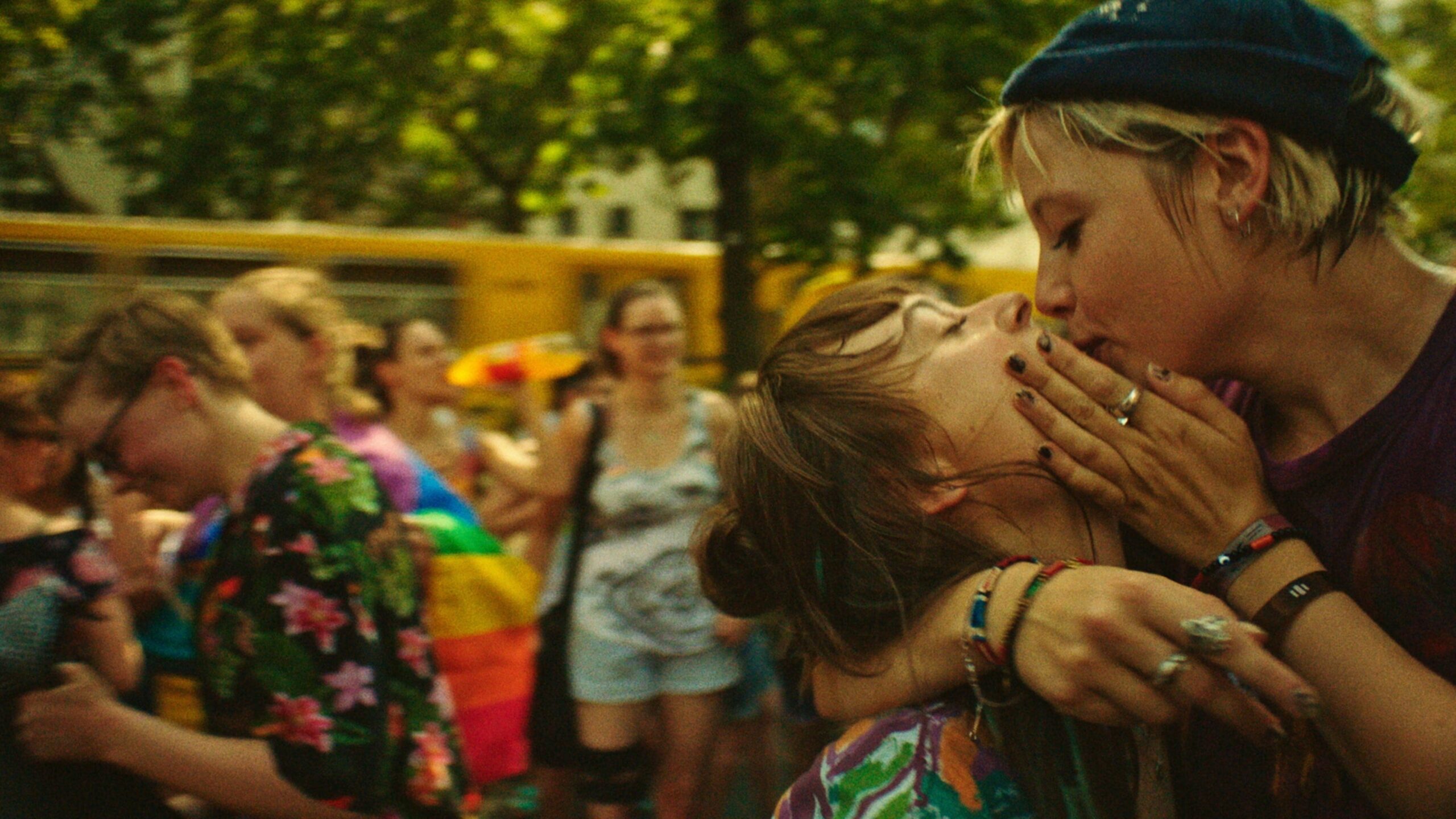 Awkward, quiet Nora (Lena Urzendowsky) is our guide through this realistic, slice-of-life look at teenagers as the hottest summer on record sweeps Berlin. A follower, Nora spends most of her time with her older sister, Jule (Lena Klenke) and Jule’s best friend, Aylin (Elina Vildanova).

When Nora meets carefree, older student, Romy (Jella Haase), she explores a different kind of world – one apart from her sister. Where Jule and Aylin are obsessed with boys and their looks, filming the bulk of their activities on their cell phones, Nora is still finding her way. But it’s an innocent wrestling match in the pool between Nora and Aylin that makes Nora realizes she looks at girls “the way boys do.”

Krippendorff’s masterful take on the embarrassing and exhilarating moments of being a teenager, especially a teenage girl, is both observant and often subtle. Nora’s mother is rarely home, leaving Jule to take care of a younger sister, who is at times the more well-adjusted of the two. A misguided attempt of Jule’s to keep their mother home is met with a level-headed response from Nora.

Romy offers Nora a chance to separate herself from both her sister and the struggles of a home-life absent of parents. Nora is happiest when she’s allowed to explore a teenager’s life – one with adventure and joy and sexual experiences.

Though it’s never made clear how much older Romy is than Nora, there are a few scenes that highlight the age gap between the two. Often, Nora’s responses to Romy’s attentions come across as childish, making the pairing feel a little more awkward than is probably intended. However, it can be argued that Nora’s behavior in her relations with Romy serves as a contrast to the ways she has been forced to shed her youth at home in order to survive. It’s only with Romy that Nora is able and allowed to express herself fully.

In a strong film, there are still a few disappointments: a predictable turn of events during the film’s climax, the not-so-subtle sequences with a caterpillar, an ethereal plastic bag. (I didn’t like it any better in American Beauty).

Fortunately, in a film with so many wonderful moments, the minor flaws are easily forgiven and adolescence in all its incongruous beauty is put on magnificent display for us to either relive or relate.

Christian Petzold is a filmmaker with an almost casual mastery of storytelling. Those stories may seem simple at first, but he fills them with deeply felt narrative shifts, taut editing and pristine shot selections that make every frame feel imperative, and propels them with characters full of mysterious obsessions.

And for anyone unfamiliar with Petzold (Barbara, Phoenix, Transit), Undine (oon-DEEN-uh) is a wonderful entry into the writer/director’s hypnotic style.

She must take the life of this man who has betrayed her and then return to the water as a nymph.

Undine’s water obsession only gains more fuel with her next relationship. Christoph (Franz Rogowski, also stellar) is an industrial diver, and while he and Undine develop a deep, almost supernatural connection, she never truly lets go of Johannes, who has also moved on with another love.

As Christoph’s dives become more dangerous and Undine’s lectures begin to link the personal and historical, Petzold shapes the romance into a head-swimming mix of mythology, thrills and humor.

Like much of Petzold’s work, Undine is anchored by exquisite framing and lush cinematography (the underwater scenes are especially impressive), and driven by characters drawn with easy fascination. The film’s magic and mystery meet the romance and realism with undaunted confidence, delivering a tale that satisfies via the conventional and the celestial.