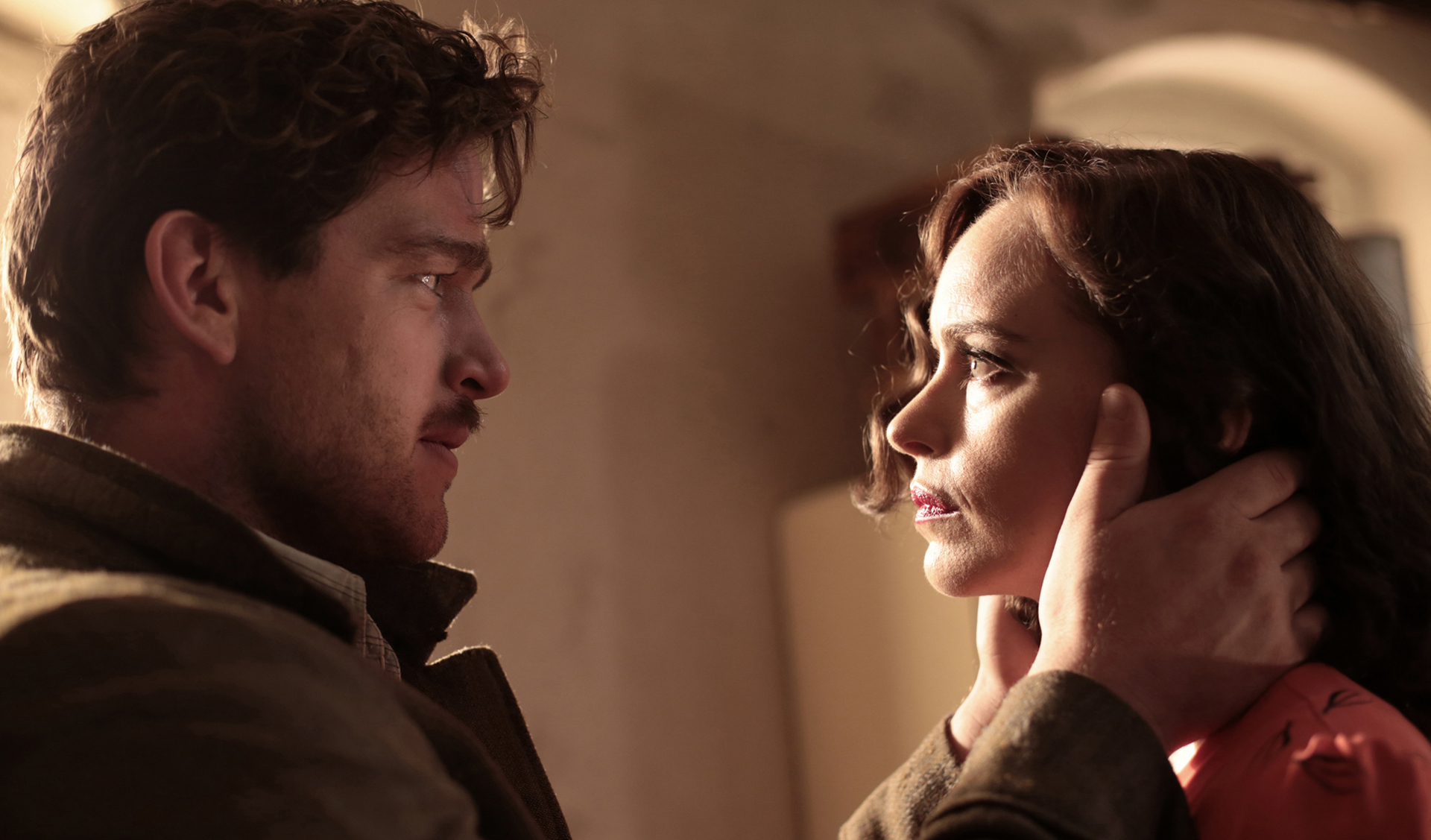 Get some footing on a solid piece of ground, because this one might buckle your knees.

Phoenix is a gripping story of loss, hope, regret and resignation, told in a subtly devastating manner by director Christian Petzold.

Based on Hubert Monteilhet’s novel “Le Retour des cendres,” Phoenix takes us to Germany, not long after the Nazi surrender. Nelly (Nina Hoss) has miraculously survived the concentration camps, but the brutality left her disfigured. Longing to regain her looks and reunite with her husband Johnny (Ronald Zehrfeld), Nelly relies on social worker Lena (Nina Kunzendorf) to help reclaim her life.

After facial reconstruction surgery, Nelly searches the underbelly of postwar Berlin to find her beloved husband, despite Lena’s claim that it was he who betrayed her to the Nazis. Johnny is certain his wife is dead, but is struck by how much this mysterious new acquaintance looks like her, and he hatches a plan.

Petzold also co-wrote the script, and he employs a tantalizing “rope a dope” strategy for much of the film. Though he dutifully delivers all the elements for a polished, effective film, there’s no unique identity to stand out in the crowded field of holocaust-based dramas.

But, as Ali did with Foreman in 1974, Petzold has you where he wants you the entire time. He drops the plot’s first hammer in an almost casual manner, much like Llewelyn’s death in No Country for Old Men, and the result is all the more powerful.

The entire film instantly takes on a greater level of gravitas, and it continues on its determined path even as you’re dizzy from the sudden new level of emotion. Hoss, Zehrfeld and Kunzendorf all give deeply affecting performances, keeping you riveted until the inevitable, shattering conclusion.

Though the film’s title tips the hand of its postwar metaphor, the way Petzold weaves it into themes of identity and intrigue is downright masterful, and it renders Phoenix an experience of simmering emotional power.