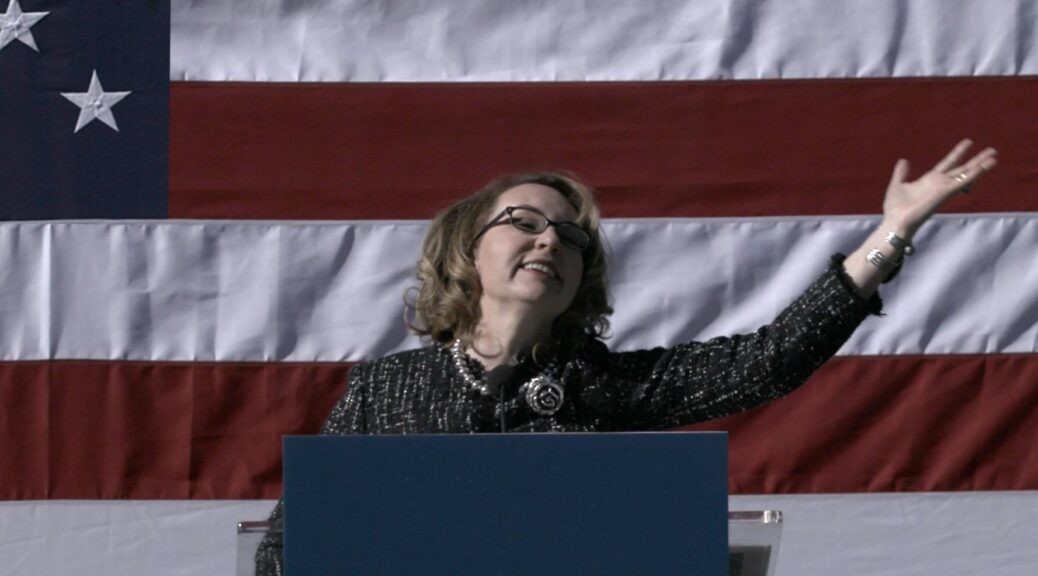 Gabby Giffords Won’t Back Down

If the title Gabby Giffords Won’t Back Down immediately has you humming a certain Tom Petty tune, that’s fine. In fact, the way the film incorporates that and other hits, and music in general, is one of its many charms.

Giffords was an Arizona Congresswoman and a rising star in the Democratic party when she was shot in the head while meeting constituents in Jan. of 2011. Music therapy was pivotal to Giffords’s quest to regain her speech, and directors Julie Cohen and Betsy West are gifted with intimate home video footage that conveys the magnitude of her comeback story.

Giffords chances of surviving the gunshot were less than ten percent, and in fact her husband, astronaut Mark Kelly, was at one point informed that his wife had died. But when Gabby fought back, Kelly was convinced she would one day want to look back on her journey, so he picked up a video camera.

There’s little doubt that Cohen and West (the Oscar-nominated RBG) have a healthy admiration for Giffords, but they make a pretty compelling case why the rest of us should be “Gab-ified,” too. Her courage, strength and determination cannot be denied.

Archival footage and interviews with fans (including former President Obama) outline Gabby’s transition from manager of the family’s Arizona tire store to fresh-faced Washington centrist. She’s nearly impossible to dislike, while her partnership with the space-traveling Kelly sends the all-American appeal into the stratosphere.

And when Cohen and West line up footage of Gabby’s brain surgery alongside her husband’s intricate space station docking maneuver, it’s game over and the feels have won.

So when the film transitions to the horrors of America’s gun violence epidemic, it seems at first like too much of a tonal clash. But as Kelly is elected to the Senate and Giffords focuses on her Gun Owners For Safety movement, it’s clear that the issue is just as much a part of Gabby as is the music she loves. Avoiding her current advocacy would result in an incomplete picture.

Don’t be fooled by the relentless positivity here. Gabby Giffords Won’t Back Down isn’t simply a greatest hits mixtape made by fans for more fans. It’s a gritty story of survival, and of making a commitment to making a difference.

And the joy of jamming to the 80s. Can’t forget that one.