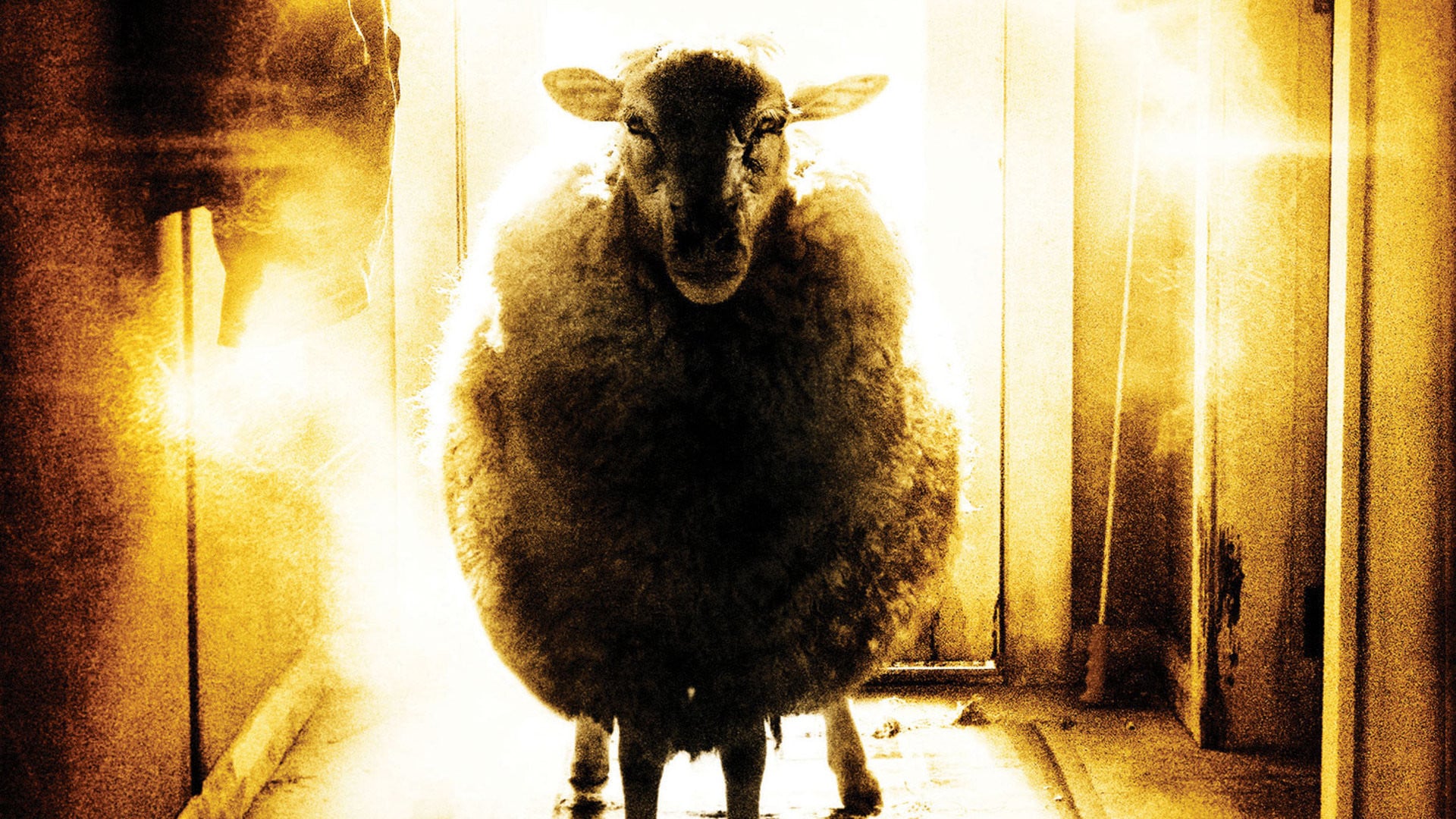 It’s rural, it’s isolated, it’s dirty and often brutal and bloody. No, it’s not a serial killer’s dream, it’s farming, everybody, and it is the perfect opportunity for mayhem. Now, we’re looking for working farms here. No isolated and abandoned farmhouse nonsense. And no farms that don’t really farm, instead they keep distressed drivers in their barn and train them as circus acts. (Barn of the Naked Dead, people. Watch it. Wait…no, don’t.)

No, no. Working farms, often with some kind of pharmaceutical tie-in to pay off a loan. (We’ve learned that is a really, really bad idea, btw.) Scary manure, that’s what we’re saying. And here are the 5 best.

In 2016, writer/director/Irishman Billy O’Brien made an effective and lovely – yes, lovely – creature feature called I Am Not a Serial Killer. But about a decade earlier, he started down that path along a muddy, ruddy Irish roadside that wound ‘round to an out-of-the-way farm.

It’s the kind of a depressing, run-down spot that would catch nobody’s eye – which is exactly why it drew the attention of runaway lovers Jamie (Sean Harris) and Mary (a young Ruth Negga – wonderful as always). The solitude and remoteness also got noticed by a bio-genetics firm.

But when one cow needs help delivering – genetic mutations, fetuses inside fetuses and teeth where no teeth belong. Nasty.

O’Brien and his truly outstanding cast create an oppressive, creepy, squeamish nightmare worth seeking out.

A testament to the entrepreneurial spirit and the bonds of family, 100 Bloody Acres is Australia’s answer to The Texas Chainsaw Massacre. Same body count and more blood, but a far sweeter disposition and loads more laughs.

Interesting the way writing/directing brothers Cameron and Colin Cairnes explore sibling rivalry, but the film’s strength is in its humor: silly enough to make even the most repugnant bits enjoyable. (I’m looking at you, Nancy. Oh, no! Why did I look?!)

First-time writer/director Jonathan King uses the isolation of a New Zealand sheep farm and the greedy evil of pharmaceutical research to create horror. He does it with a lot of humor and buckets full of blood. It works pretty well.

Director Robert Mulligan (To Kill a Mockingbird) is a master of slow reveal, feeding us information as we need it and pulling no punches in the meantime.

It’s rural 1930s, and one hearty farm family has withstood a lot. Ever since Dad died last summer, seems like every time you turn around there’s some crazy mishap. And now, the baby’s gone…

And yet, the farm still goes on – there’s always a pie in the oven and a cow that needs milking. Still, Ada (Uta Hagen), the sturdy German matriarch, is troubled. Sweet, stout young Niles seems terribly confused about his twin, Holland.

Mulligan turns to that same nostalgic, heartland approach he used so beautifully with Mockingbird to inform a stunningly crafted, understated film that sneaks up on you. He creates what is likely the most effective and troubling film you’ll see about twins.

But maybe Howie’s playing right into something he doesn’t understand – and what would the people of Summerisle do if he didn’t play along? The ritual would be blown!

Hardy and his cast have wicked fun with Anthony Shaffer’s sly screenplay, no one more so than the ever-glorious Christopher Lee. Oh, that saucy baritone!