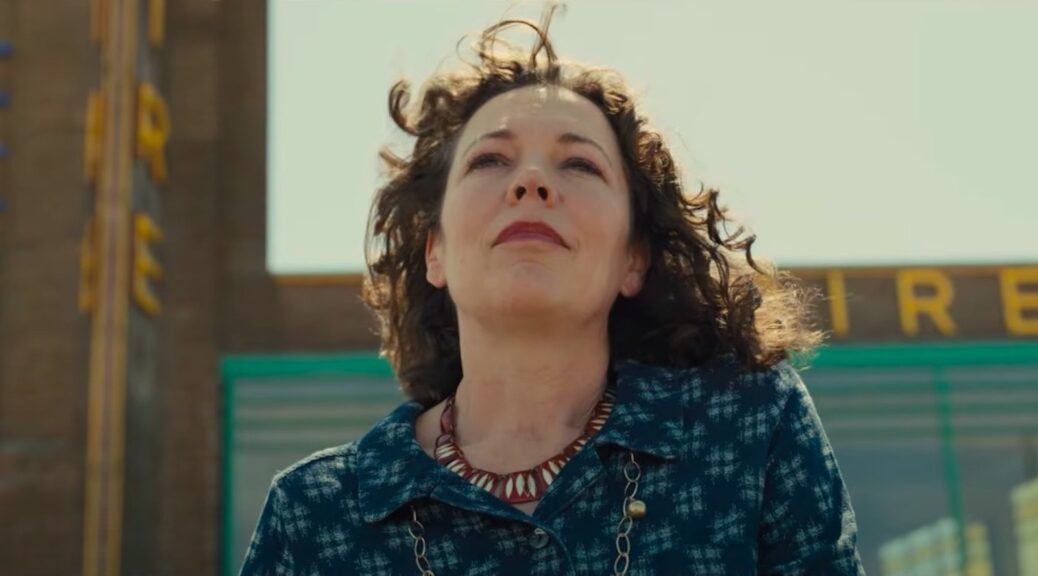 There are certain actors – you know the ones – who seem to put out a film every year right at awards season. The people who somehow never have a straight-to-VOD indie or a summer romp, just yearly Oscar vehicles.

For at least one of these people it is a welcome return visit, year after year.

Seriously, is there anyone who does not love her? Any filmmaker, any actor, any moviegoer? Her performances are shamelessly, giddily human, authentic to a chilling degree. Her force of nature in Sam Mendes’s ode to the cinema, Empire of Light, is no different.

Mendes’s 2019 epic 1917 showed him a master of pacing, understated emotion and visceral thrill. Back in 2012, he made an almost Shakespearean Bond film, easily the strongest in the entire franchise with Skyfall. For Empire of Light, the filmmaker ­– who also wrote the script ­ – returns to the more sentimental content of his earlier career.

Colman is Hilary, the troubled, often melancholy manager of a coastal England cinema in the very early 1980s. A wonderful supporting cast – from the kindly Toby Jones to the prickly Colin Firth, the tender Michael Ward to surprising Tom Brooke ­– surrounds Colman with sparring partners up to the challenge.

Mendes’s tale, at its heart, revels not just in the magic of the movies, but of the movie house itself. Most of the patrons seem to come to the screenings alone, looking to escape the loneliness, the mundane, or the rising tide of extremism right outside those glass doors.

And though the crowds aren’t as large as they once were, the theater still has something to offer – as does Hilary. Her dutiful existence is shaken by the younger Stephen (Ward, outstanding) joining the crew, and together they start exploring some forgotten areas of the once majestic cinema.

The metaphor isn’t subtle, and the film’s tone is overtly nostalgic, but because Colman’s character is anything but typical, Mendes punctures his own sentimentality before it can become overbearing. Gorgeous framing from the great Roger Deakins doesn’t hurt, bathing it all in a grand beauty that reinforces what power can come from that certain beam of light.

The pandemic has drawn out no shortage of filmmakers who’ve been understandably inspired to assess their life’s work. With Empire of Light, Mendes is wearing his heart on his cupholder, imploring us to value what the theater has to offer.

This film can offer the exquisite Colman and a stellar ensemble, and that’s just enough. Through them, Mendes finds impact in his sweetness, rising above the moments that seem engineered for an ad that runs right before the one telling you not to talk or text.