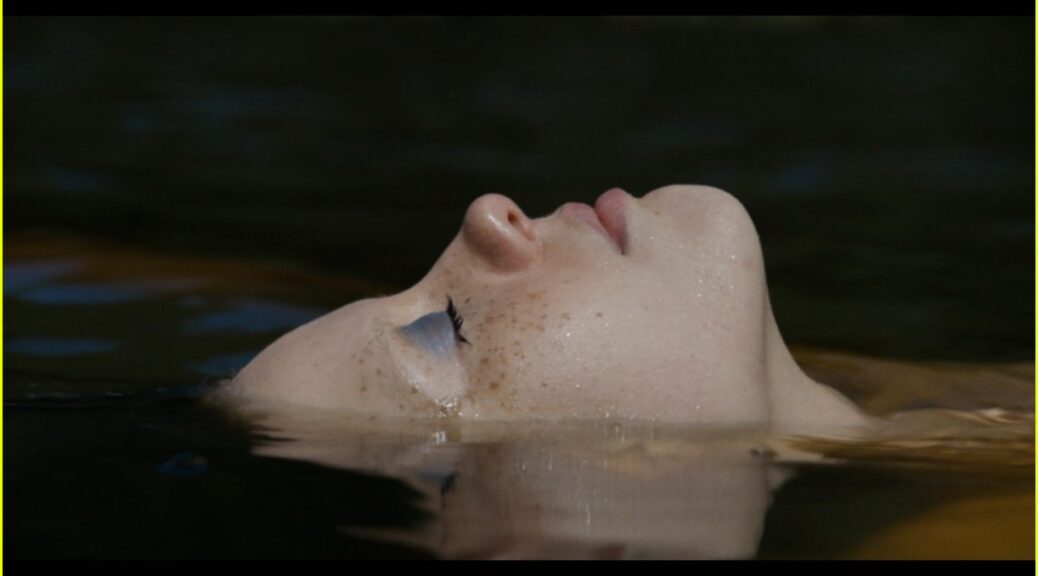 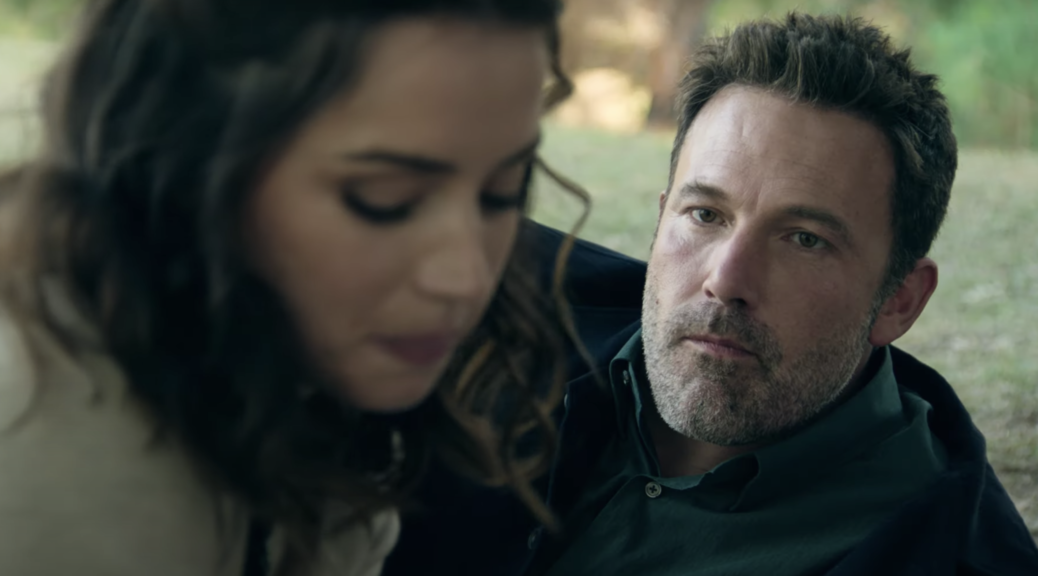 Adrian Lyne hasn’t directed a movie in twenty years. It’s been twice that long since the 1957 source novel by Patricia Highsmith (Strangers on a Train, The Talented Mr. Ripley) has been adapted for the big screen.

Vic and Melinda Van Allen (Ben Affleck and Ana de Armas) are living a life of luxury in New Orleans with their young daughter Trixie (the incredibly cute Grace Jenkins). Vic developed a computer chip used for drone warfare, so his days of early retirement are mainly filled with watching Melinda openly flaunt her affairs at parties.

When one of Melinda’s past lovers turns up dead, Vic lets her latest boy toy (Brendan Miller) know that he’s the murderer. But Vic is only trying to scare the kid away, right? Neighbor Don (Tracy Letts with another standout supporting turn) is suspicious early on, and when another of Melinda’s lovers (Euphoria‘s Jacob Elordi) drowns at a pool party, plenty of others are looking at Vic as the prime suspect.

Screenwriters Zach Helm and Sam Levinson provide Lyne with undercurrents of subtext that are never fully explored. We assume Vic doesn’t want to subject Trixie or his finances to a messy divorce, but the deeper we dig, it’s clear this marital arrangement is feeding some need for both parties and fostering a concerning worldview for their child. Lyne showcases the aimless privilege of their daily lives to hint at a lesson on the rot of wealth, then pivots, often to Vic’s creepy but uneventful hobby of raising snails.

And though Lyne has made his name on the steamy sexual politics of 9 1/2 Weeks, Fatal Attraction and Unfaithful, there’s more smoke here than fire. And water, water everywhere.

You won’t notice grand chemistry between Affleck and de Armas, which is a credit to both. This is a marriage of psychological warfare, and it is Vic and Melinda’s contrasting plans of attack that keep us invested, especially in the early going. De Armas embodies the cruelly uninhibited as well as Affleck brings the condescending and calculated, which is a major reason the major twist to Highsmith’s original ending works as well as it does.

For these two, it feels right.

But only for a moment, because strangely, Lyne doesn’t let it linger. Instead, he quickly cuts from the credits to a performance from the adorable Jenkins singing along to a cheery pop ditty from the 1970s.

If it’s an attempt at chilling humor, it falls hard, becoming another anchor weighing down Deep Water just when it starts cruising.