You may have noticed there’s no shortage of films exposing the miscarriages of justice that have landed innocent people on Death Row.

Sadly, that’s because there’s no shortage of innocent people on Death Row.

So while the prevailing themes in Just Mercy are not new, the sadly ironic truth is their familiarity brings an added layer of inherent sympathy to the film, which helps offset the by-the-numbers approach taken by director/co-writer Destin Daniel Cretton.

Cretton and co-writer Andrew Lanham adapt the 2014 memoir by Bryan Stevenson, an attorney and founder of the Equal Justice Initiative, that details Stevenson’s years providing legal counsel to the poor and wrongly convicted in Alabama.

The film keeps its main focus on the case of Walter McMillan (Jamie Foxx), who, by the time Stevenson (Michael B. Jordan) comes along, has long accepted his death sentence for the murder of an 18 year-old white woman. But by winning over Walter’s extended family, Stevenson gains Walter’s trust, along with plenty of threats from the Alabama good ol’ boys once he starts exposing the outrageous violations during Walter’s “fair trial.”

It’s clear that Cretton (Short Term 12, The Glass Castle) is firmly committed to respectful accuracy in his adaptation, which is commendable. The authenticity of the roadblocks, impassioned speeches or blood-boiling examples of bigotry are never in doubt, but it’s only the ferocious talents of Jordan and Foxx that keep Just Mercy from collapsing under the weight of its own unchecked righteousness.

As sympathetic as Walter’s situation is, the script never quite sees him as a real person, painting only in shades of hero. Oscar winner Brie Larson, a Cretton favorite, is wasted as EJI co-founder Eva Ansley, who seems included more out of respect than for what the character ultimately adds to the narrative.

Jordan has the most to work with here, and – no surprise – he makes the most of it. Peripheral cases help Jordan give Stevenson the needed edges of a man who is equally driven by his failures, doggedly committed to helping those he identifies with so deeply, those who, as Walter puts it, are “guilty from the moment you’re born.”

Though it comes out swinging with heavy hands, Just Mercy steadies itself in time to become an effective portrait of systemic injustice. You will be moved, but with a force that is muted by simple convention. 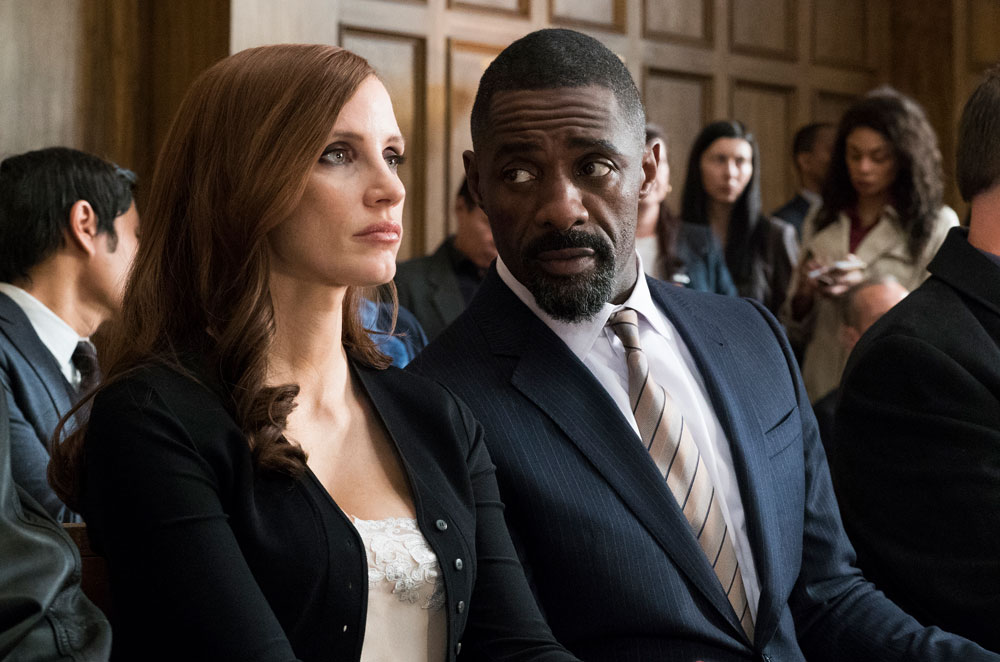