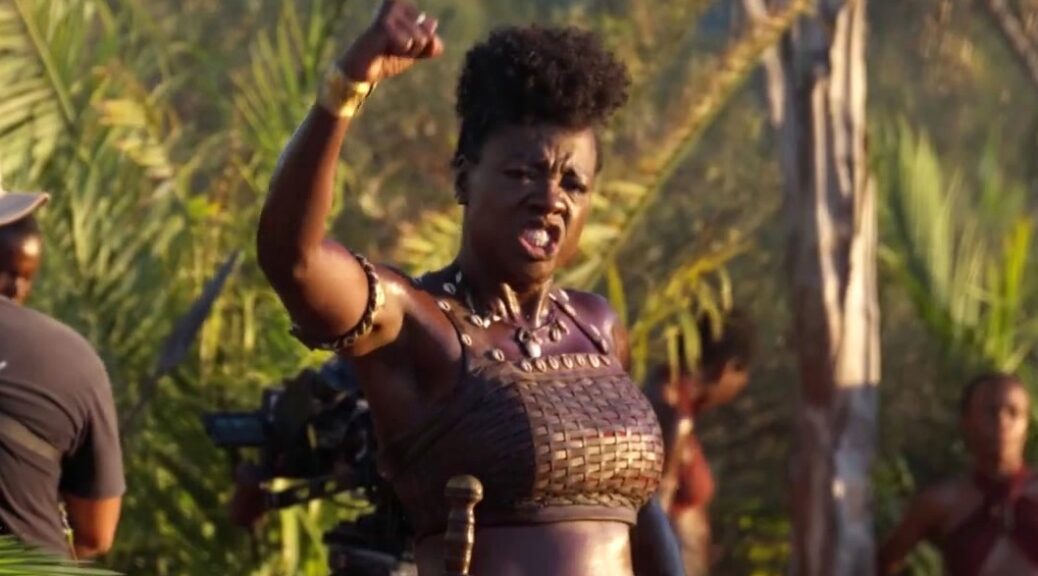 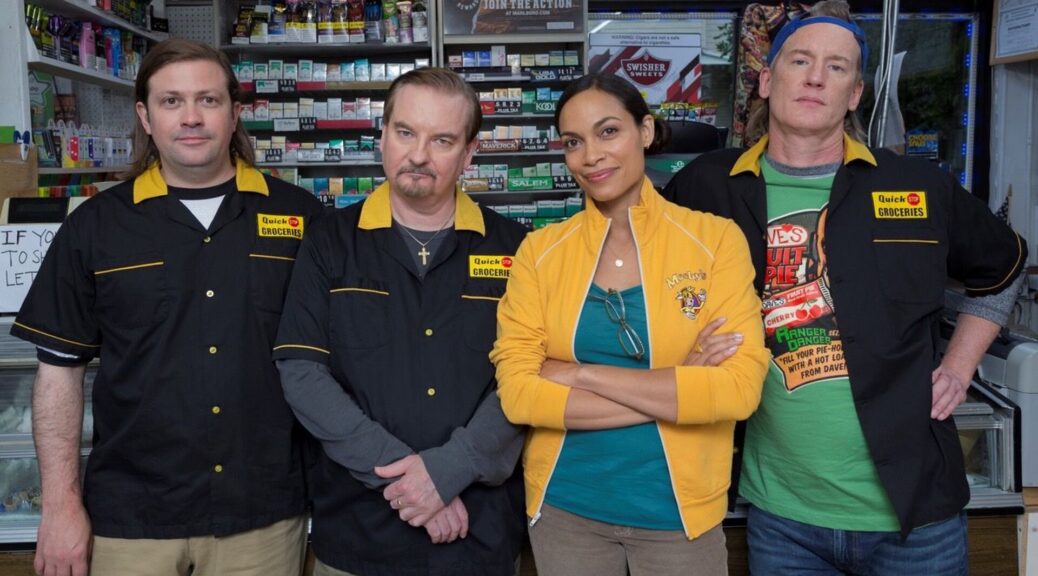 In 2017, Danny Boyle returned to Scotland with T2 Trainspotting. You know, to see how Mark, Sick Boy, Spud and Begbie were dealing with middle age. The result was poignant, funny and self-aware.

Writer/director Kevin Smith likewise revisits Leonardo, New Jersey to see how Dante and Randall are faring with their own midlife crises. Again, the result is poignant, funny and self-aware.

I swear to God.

For Clerks IIII, Smith delivers a wild mix of amateurish moments, inspired soundtrack choices (that’s the first time I ever enjoyed My Chemical Romance’s Welcome to the Black Parade), sentiment, callbacks, social commentary, and genuine fondness. The end of the filmmaker’s slacker trilogy delivers an ode to independent filmmaking and his own journey as a filmmaker.

Dante (Brian O’Halloran) reenacts the worst days of his youth every day, wasting his life at the convenience store he now co-owns with bestie Randall (Jeff Anderson). The long-shuttered video store next door is now a cannabis shop run by Silent Bob (Smith) and Jay (Jason Mewes), naturally.

After Randall has a heart attack behind the counter, he decides the only way to give his life meaning is to film a movie of his antics at the convenience store.

Smith’s style remains a weird mix of sincerity and irreverence. For that reason—and because his leads are the least talented actors onscreen—Clerks III sometimes lands as cloying. But both Anderson and O’Halloran also offer surprising emotional depth here, especially Anderson.

Smith brings back nearly every “actor” who populated his ’94 breakout, and a few of the main players from its 2006 sequel. There’s also a lengthy montage of auditions for Randall’s movie, which allows Smith to fill the screen with other recognizable faces.

The whole movie’s an inside joke, but if you’re on the inside, it’s bound to draw a smile. More than that, if you’re a Kevin Smith fan, Clerks III is a sincere mash note to you.