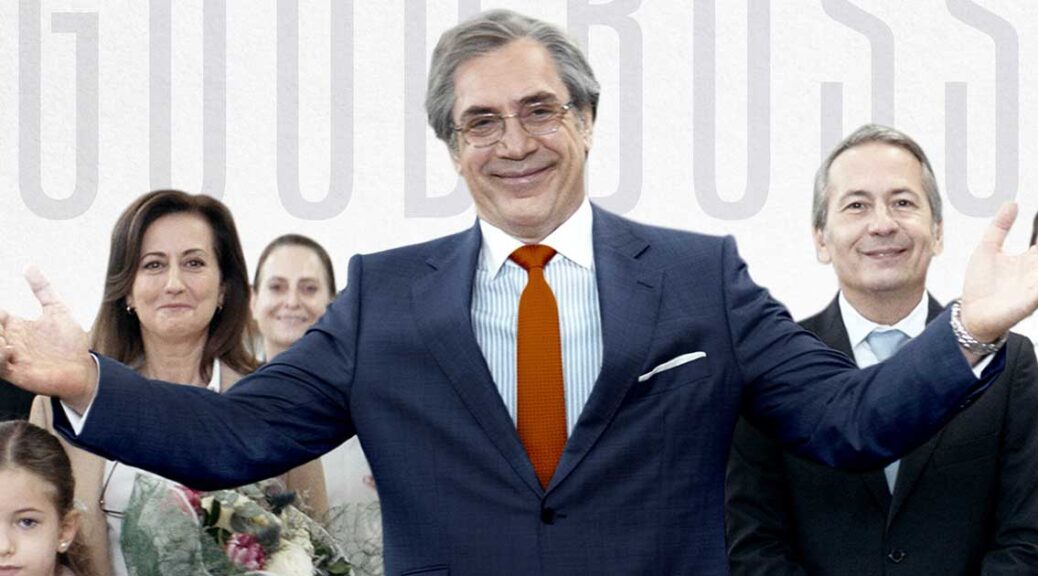 For awhile, The Good Boss (El buen patrón) seems to reflect that elusive uncertainty principle the characters often discuss. The more we try to pin it down, the less we know of its nature.

And then writer/director Fernando León de Aranoa reveals his hand in a delightfully satirical manner, only to end up tipping the scale in the opposite, obvious direction.

And that would cause a furrowed brow from Julio Blanco (Javier Bardem), head of the Blanco Industrial Scales corporation. Blanco’s life – and work – is about perfectly equal measures.

“Hard work, balance, loyalty” is the company motto. Employees are family. Their problems are Blanco’s problems. And just when he’s a finalist for a prestigious business excellence award, Blanco’s got plenty of problems.

A longtime worker’s son is in trouble with the law. His production head’s wife might be banging another employee. And that new young intern (Almudena Amor) is returning Blanco’s frequent glances.

But worst of all, a guy he “had no choice” in firing (Óscar de la Fuente) is camped out across the street, protesting Blanco with signs and a bullhorn. And the guy will not leave.

As de Aranoa ticks off the days of the week, there are some glimpses of playful humor in the drama. But when Thursday rolls around, and Blanco’s security guard starts complementing the bullhorn guy’s rhyme schemes, The Good Boss starts having finger-wagging fun with the myth of benevolent “job creators.”

Bardem, no surprise, is a wonder. He slowly reveals cracks in Blanco’s facade of ethical bullshit, while never causing us one moment’s doubt about Blanco’s firm belief in this image he’s created. For Blanco, as long as the scales appear balanced, they are, regardless of the tricks it took to get there.

And anyway, he needs that award and the government subsidies that come with it. We don’t want “those artists” to hog the award money, do we?

Yes, the satirical fruit can hang pretty low, and de Aranoa’s subplot juggling skills start to waver as his narrative becomes more madcap. But right to the bitter end, Bardem can be trusted most when Blanco deserves it least, making sure The Good Boss is a satisfying day at the office.