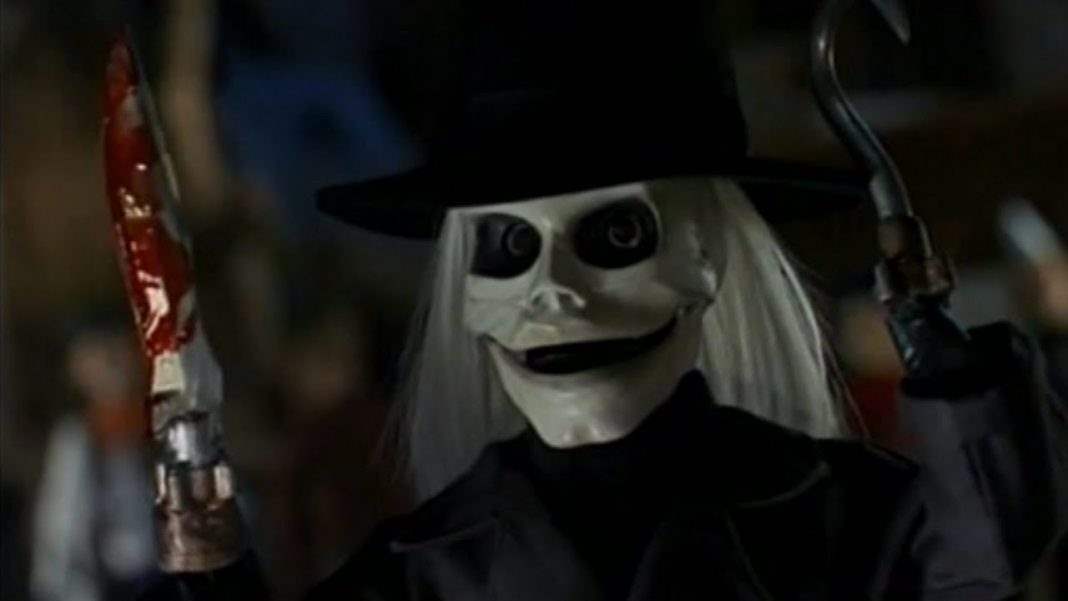 Legendary indie horror filmmaker Charles Band joins Fright Club this week to talk about his new book Confessions of a Puppet Master, Marilyn Monroe, spotting talent, and VHS art. He even gives us some advice on our first feature film.

Directed by Charles Band, the film follows a hard-boiled Blade Runner style mercenary into the past. Jack Death (Tim Thomerson) must stop a villain from killing off the ancestors of those who keep him from ruling the world. If they’re never born, he will be unstoppable, thanks to his army of zombielike Trancers.

The point is, Helen Hunt. To say that she makes the most of this material is an understatement. She’s adorable, charming, and she carves a memorable character out of less-than-stellar written material. The rest is fun, cheesy scifi.

The 1986 original Troll boasts a surprising hodgepodge of names in the ensemble: Julia Louis-Dreyfus, Michael Moriarty, June Lockhart (the mom from the Lost in Space TV show), Sonny Bono, as well as a who’s who of “Hey, I got to get out of here in time to be on that Love Boat episode” stardom. It’s a grab at the burgeoning genre Joe Dante created in 1984 with Gremlins, comic stuff about a troll king turning San Francisco apartment dwellers into plants.

The other thing that stands out in this 1986 flick is that the protagonist (and his father, come to think) is named Harry Potter. There’s a witch, too. Coincidence?

A good mash-up of humor and gore highlighted by the young Louis-Dreyfus in a small but funny role, it’s the kind of movie that epitomizes what producer Charles Band (who has a cameo) did best.

Clive Barker penned this one. No, he did not like the film it turned out to be, but you might. Band produced this Irish horror that sees a wildly unhappy couple, their doomed children, and a small town on the Emerald Isle accosted by a reincarnated demon with a face that looks like raw meat.

Another memorable VHS cover made this one of those movies you immediately associate with video stores, and though the acting is hardly top quality, the creature design is hideous and fun.

If any movie capitalized on the VHS box, it was Puppet Master. The tag Evil comes in all sizes looms large above a theatrical trunk, wedged open to show a group of hideous little puppets. And the film didn’t disappoint, because those little evildoers get themselves into all manner of bloody, slug-spewing trouble.

Re-Animator boasts a good mix of comedy and horror, some highly subversive ideas, and one really outstanding villain. Band knew a movie worthy of distribution when he saw one, and this film became a surprising theatrical hit for him.

Jeffrey Combs, with his intense gaze and pout, his ability to mix comic timing with epic self-righteousness without turning to caricature, carries the film beginning to end. His Dr. Herbert West has developed a day-glo serum that reanimates dead tissue, but a minor foul-up with his experimentations – some might call it murder – sees him taking his studies to the New England medical school Miskatonic University. There he rents a room and basement laboratory from handsome med student Dan Caine (Bruce Abbott).