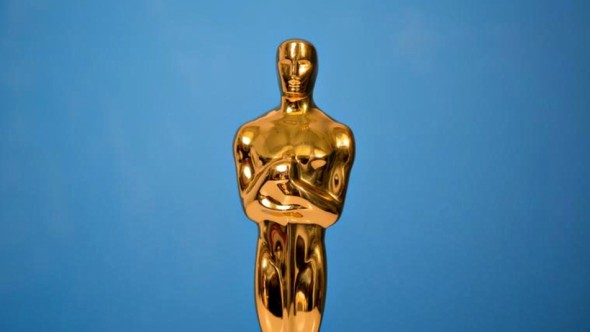 Get your ballots ready – it’s time to determine best bets and the losers who deserve better. Who will take home the gold hardware? Who should? Who will shine the brightest on the red carpet? We only care about two of those questions, so let’s see how we shake it out.

Will Win: The Revenant
The Revenant has so much momentum going into Sunday, any other winner would be an incredible upset. We don’t see that happening.

Should Win (Hope): The Revenant
This was such a masterfully crafted epic that I cannot balk with its win, although I could just as easily celebrate the nod for Mad Max: Fury Road, Room, or Spotlight.

Should Win (George): Carol
That’s unlikely to happen since it wasn’t even nominated (shakes fist), so out of this group, I’m saying The Revenant by an eyelash over Mad Max: Fury Road.

Will Win: Alejandro Gonzalez Inarritu, The Revenant
Winning the best directing Oscar in consecutive years is rare, but the momentum says Inarritu will pull it off. With back to back wins from the Director’s Guild, an Oscar two-fer this Sunday seems likely.

Should Win (Hope):  Alejandro Gonzalez Inarritu, The Revenant
Inarritu’s vision and execution are breathtaking achievements and I could not find fault with this win, although the same can be said for George Miller and Mad Max: Fury Road.

Should Win (George): George Miller, Mad Max: Fury Road
No doubt, The Revenant was a marvel of direction, but the way George Miller revitalized his own franchise with astounding visuals and breakneck action was damn near a miracle.

ACTOR IN A LEADING ROLE

Will Win: Leonardo DiCaprio, The Revenant
The surest bet this weekend.

Should Win Best Actor (Hope & George): DiCaprio
It can be hard to appreciate a performance that relies so little on dialog, but it is impossible not to see what DiCaprio was able to transmit with no more than 15 lines in English. He deserves the prize.

ACTRESS IN A LEADING ROLE

Will Win: Brie Larson, Room
Again, Larson couldn’t have more momentum, having picked up nearly every award along the road to the Oscars. We can’t imagine we’ll see an upset here.

Should Win (Hope): Brie Larson, Room
Larson conveys a mixture of torment and hope, love and grief that is so authentic it is almost too much to bear. She alone deserves this trophy.

Should Win (George): Charlotte Rampling, 45 Years
All the nominated performances are stellar, but Rampling was a master of understated humanity, with a final shot that’s fit for a time capsule.

ACTOR IN A SUPPORTING ROLE

Will Win: Stallone Stallone, Creed
He was as good as he’s ever been, yes, but this win will be more about heart than mind.

Should Win (Hope & George): Tom Hardy, The Revenant
Gather ye canned goods and duct tape while ye may, because the day Stallone takes an Oscar from the great Tom Hardy, the end is nigh.

ACTRESS IN A SUPPORTING ROLE

Will Win: Kate Winslet, Steve Jobs
This may be the biggest toss up in the list, but Winslet – an Oscar favorite for good reason – seems to have Big Mo on her side.

Should Win (George): Rooney Mara, Carol
I’ll go with Mara, in a squeaker rover JJL, for being the soul of a beautiful film anchored in love and longing.

Will Win: Tom McCarthy & Josh Singer, Spotlight
McCarthy’s magnificent integrity and humanity with a screenplay will finally be acknowledged.

Should Win (Hope & George): Alex Garland, Ex Machina
We will not complain if Spotlight takes home this award because the amazing Tom McCarthy deserves the nod, although we would personally go with Alex Garland’s psychosexual phenom Ex Machina.

Will Win: Charles Randolph & Adam McKay, The Big Short
It’s a tight category, but McKay and Randolph’s irate comical sensibility has impressed voters all along, and may carry them to gold.

Should Win (George): Todd Haynes, Carol
Haynes’s adaptation of Phyllis Highsmith’s novel The Price of Salt conveys the costs of love so profoundly it settles in your bones.

Subscribe in a reader
← Has He Landed Yet?
Deja Vu →
Scroll Up