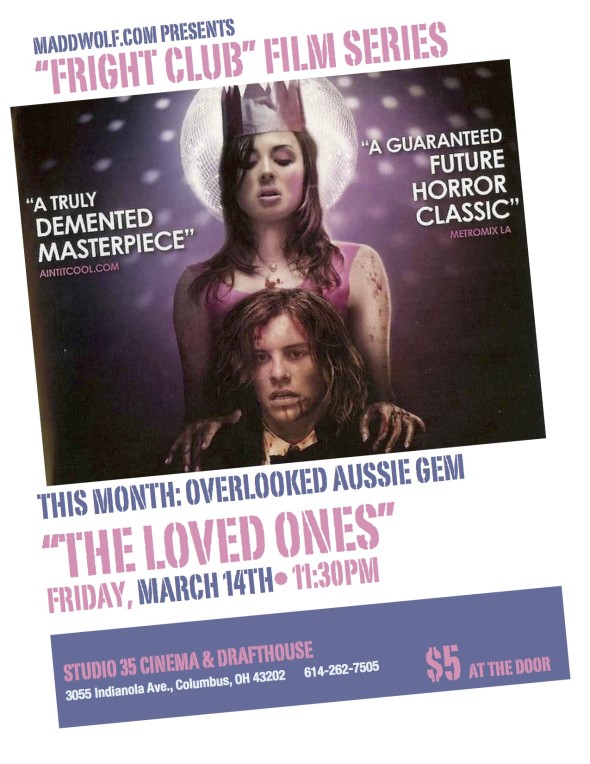 Join us this Friday night, 3/14, at 11:30 pm for the demented Aussie masterpiece The Loved Ones! It’s a wild, violent, depraved way to spend 84 minutes, benefitting from one of the most inspired villains in modern horror. Throw in some of Studio 35’s awesome craft beers and settle in for a seriously wrong-minded flick.

Studio 35 Cinema and Drafthouse is located at 3055 Indianola Avenue. Tickets are just $5 and drink specials abound.

← For Your Queue: Two Chords and the Truth
A New Grecian Formula →
Scroll Up