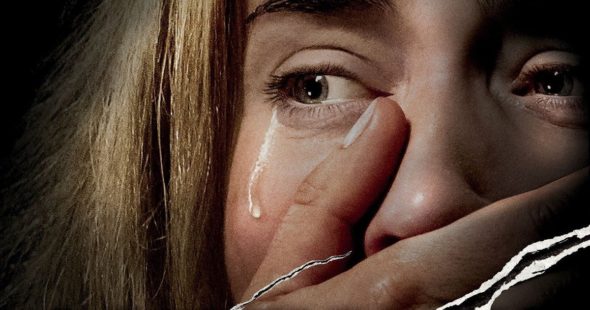 You asked for it. Wait, did you? Well, you’ve got it: the best films of the first half of 2018. A great mix of blockbuster and indie, foreign and domestic, action, drama, comedy, SciFi and horror. The second half of the year has a lot to live up to!

Garland builds the film in wonderful symmetry with the hybrid life forms influenced by The Shimmer. Taking root as a strange mystery, it offers satisfying surprises amid an ambitious narrative flow full of intermittent tension, scares, and blood—and a constant sense of wonder.

The classic western sings a song of bruised manliness. Chasing destiny, sacrificing family and love for a solitary life, building a relationship with land and beast—there may be no cinematic genre more full of romance.

This is the hardscrabble poetry that fills writer/director Chloe Zhao’s latest, The Rider.

But what Zhao’s film avoids is sentimentality and sheen. With a hyper-realistic style showcasing performances by non-actors, she simultaneously celebrates and inverts the romance that traditionally fuels this kind of film.

Elegant and cinematic, but at the same time a spontaneous work of verite, The Rider breaks its own cinematic ground.

Zhao’s work is unmistakably indie, not a born crowd-pleaser, but beautifully lifelike. She has given new life to a genre, creating a film about the loss of purpose and, in that manly world of the cowboy, masculinity.

Gracefully adapting Naomi Alderman’s novel, Sebastian Lelio (A Fantastic Woman, Gloria) continues his interest in stories of women struggling to be free and live as their true selves, exerting their power to disobey.

Rachel Weisz, Rachel McAdams and Alessandro Nivola are all wonderful, crafting resonant characters as Lelio slowly builds the drama of a conflicting, scandalous triangle. Little backstory is provided early on, giving more weight to pieces that are picked up from characters carefully dancing around old wounds.

7. The Death of Stalin

Opening with a madcap “musical emergency” and closing with a blood-stained political coup, The Death of Stalin infuses its factual base with coal-back humor of the most delicious and absurd variety.

Olivia Cooke mystifies, her observant but emotionally disinterested performance a magical thing to witness. Her Amanda has nearly perfected the art of pretending to be normal, pretending to care.

The fact that Anya Taylor-Joy’s Lily can see the advantage of this is what sets this coming-of-age tale apart from others.

Damn. John Krasinski. That big, tall guy, kind of doughy-faced? Married to Emily Blunt? Dude can direct the shit out of a horror movie.

Krasinski plays the patriarch of a close-knit family trying to survive the post-alien-invasion apocalypse by staying really, really quiet. The beasts use sound to hunt, but the family is prepared. The cast, anchored by Krasinski’s on-and-off-screen wife Emily Blunt is amazing. That you may expect.

3. You Were Never Really Here

Two killers lie on a kitchen floor, gently singing along as the radio plays “I’ve Never Been to Me,” surely one of the cheesiest songs of all time. Only one of the men will get up.

It’s a fascinating sequence, one of many in Lynne Ramsay’s bloody and beautiful You Were Never Really Here. She adapts Jonathan Ames’s brisk novella into a dreamy, hypnotic fable, an in-the-moment pileup of Taxi Driver, Taken and Drive.

Joaquin Phoenix delivers an intensely powerful performance as Joe, a combat veteran whose been wounded in various ways. Joe lives with his mother in suburban New York, whetting his appetite for violence as a vigilante for hire who specializes in rescuing kidnapped girls and exacting brutal justice.

Together, Ramsay and Phoenix ensure nearly each of the film’s 89 minutes burns with a spellbinding magnetism. While Phoenix lets you inside Joe’s battered psyche just enough to want more, Ramsay’s visual storytelling is dazzling. Buoyed by purposeful editing and stylish soundtrack choices, Ramsay’s wonderfully artful camerawork (kudos to cinematographer Thomas Townend) presents a stream of contrasts: power and weakness, brutality and compassion, celebration and degradation.

Just when you’ve gotten comfortable with the satisfying superhero origin story at work, director/co-writer Ryan Coogler and a stellar ensemble start thinking much bigger. And now, we need to re-think what these films are capable of.

Not a minute of the film is wasted. Coogler manages to pack each with enough backstory, breathless action, emotional heft and political weight to fill three films.

The cast shines from the top down.Chadwick Boseman, all gravitas and elegance, offers the picture perfect king. And is there anyone more effortlessly badass than Danai Gurira? No. Her General Okoye is here for the beat down.

Lupita Nyong’o is also characteristically excellent in the role of the conscience-driven liberal. In a scene where she expects Gurira’s general to commit what amounts to treason, Coogler expertly reinforces an amazingly well-crafted theme mirrored in other pairings: the friction between surviving by force or by conscience.

This theme is most clearly outlined by the conflict between Boseman’s King T’Challa and his new nemesis, Jordan’s Killmonger.

Coogler hands this actor all of the most difficult lines. Why? Because it is material a lesser actor would choke on, and Jordan delivers like a perfectly placed gut punch. He sets the screen on fire, and though every single performance in this film is excellent, Jordan exposes the artifice. His castmates are in a Marvel superhero movie. Jordan is not. Instead, he is this rage-filled, broken, vengeful man and he is here to burn this world to the ground.

Coogler works with many of these basic themes found in nearly any comic book film—daddy issues, becoming who you are, serving others—but he weaves them into an astonishing look at identity, radicalization, systemic oppression, uprising and countless other urgent yet tragically timeless topics. The writing is layered and meaningful, the execution visionary.

← I Don’t Want to Go Out—Week of July 2
Screening Room: Naughty and Nice →
Scroll Up