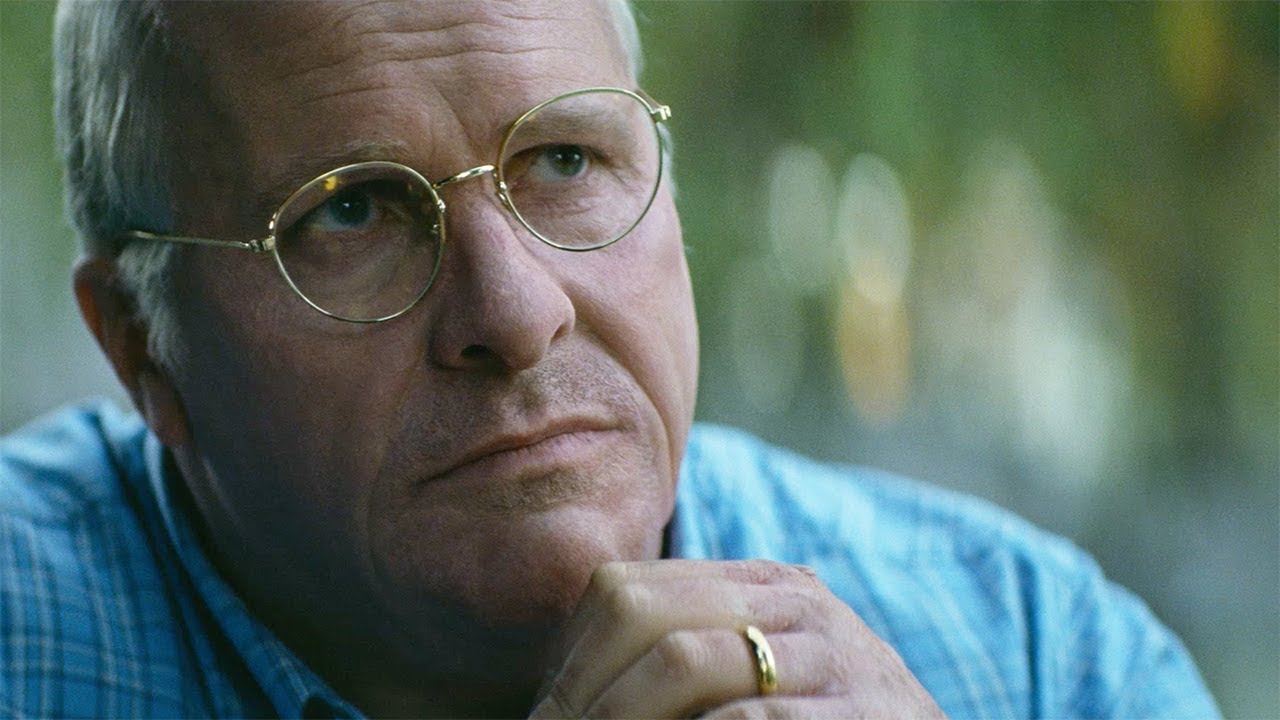 Remember when the Vice President of the United States shot some guy in the face, and then the guy with the snoot full of buckshot apologized to the V.P. for all the trouble? That really happened!

When did the upper reaches of the Executive Branch go so brazenly corrupt, so treasonously, moronically, dumpster-fire-with-a-spray-tan wrong?

It’s not as recent as you think.

With Vice, writer/director Adam McKay remembers a time long before moronic presidential tweet storms, when the quiet, steady rise of a ruthless power broker rewrote American politics and changed the course of history.

V.P. Dick Cheney was often thought of as the de facto decision-maker in George W. Bush’s presidency, and McKay uses absurdist humor and a spellbinding cast to give that line of thinking a more weighty focus.

Christian Bale is characteristically flawless as Cheney. With added girth from (according to Bale) “eating pies” and the trademark Burgess-Meredith -as-the-Penguin speech pattern, the physical transformation alone is astounding. But it is the way Cheney’s cut throat ambition, scorched-earth power grabs and soulless devotion to ideology contrasted with his familial tenderness that Bale articulates so astutely.

Because of, or perhaps in spite of, his legacy, Cheney is a fascinating figure, and Bale makes that fact endlessly resonate.

But fittingly, Vice‘s secret weapon is Amy Adams as Cheney’s wife Lynne who commands the screen as equally as Bale. In a performance full of subtle power of ferocity, Adams casts Mrs. Cheney as a pivotal and equally ambitious partner in Cheney’s climb, publicly lessening his weakness as a politician and privately demanding his allegiance to their plan.

Bale and Adams anchor an utterly glorious ensemble (including Sam Rockwell as “W” and Steve Carrell as a dead ringer for Donald Rumsfeld) that—with the help of McKay’s blistering script and wise direction—utilizes comedy to inform, illustrate, and act as an outlet for the otherwise soul-blackening disgust one might carry around with them concerning the American political system.

In 2015, after a slew of directorial successes including Anchorman, Talladega Nights and Step Brothers, McKay redefined the term “filmmaker Adam McKay” with the blistering, cynical, hilarious, informative and angry The Big Short.

In an act of all out heroism or masochism, McKay did all he could to help us understand the housing collapse with that film. He so understood his material (dry) and his audience (confused/disinterested) that he would cut away periodically to let a bubble-bath-soaking Margot Robbie explain a bit of vocabulary.

It was perhaps his way of saying: This is really important, guys. Pay attention!

Turns out, McKay is just as pissed off about the polluting of American politics, with his conspicuous outrage and biting comic sensibilities again proving to be powerful fuel.

From the film’s false ending and sudden Shakespearean detour to the unapologetic face-shooting, Vice has a definite “can you believe this shit?” air about it, a nod to the need to laugh so you won’t start crying.

Thanks to McKay and his tremendous cast, you might just do both.