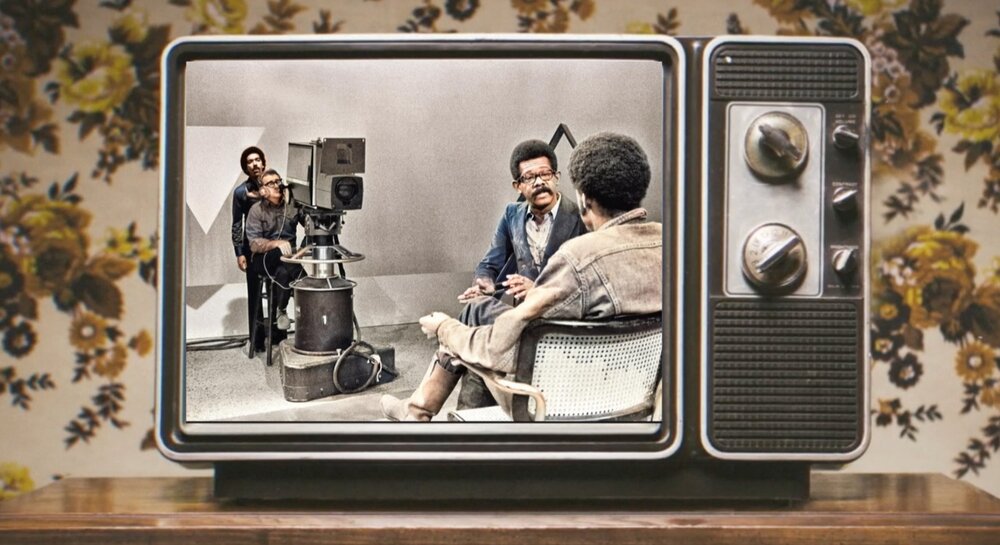 Who do you think of when you hear the title “Mr. Soul!”?

Give writer/director Melissa Haizlip 104 minutes, and she’ll more than convince you the correct answer is her uncle, Ellis Haizlip, the trailblazing producer and host of the first “Black Tonight Show.”

Ellis and his team televised the revolution on Soul!, a landmark “love affair with blackness” which ran on New York public television from 1968 to 1973.

Under Ellis’s guidance as visionary producer and thoughtful host, Soul! confidently promoted the liberation of Black people. Tossing a truth bomb into the lily white television landscape of the late 60s, the show brought a focus on Black arts never before seen on screen.

Melissa Haizlip presents it all in absolutely riveting fashion. She primes us with the fascinating story behind the birth of the show and Ellis’s somewhat reluctant ascension to host, and then drops our jaws with a litany of archival performances that make the past crackle with new urgency.

Of course there are rousing musical segments from Stevie Wonder, Al Green, Gladys Knight, Billy Preston, Earth, Wind & Fire and more, but Ellis made sure Soul! also brought an overdue showcase to the “original avant-garde” of Black dance, writing and poetry.

Ellis’s goal was to share the Black experience first, and then educate and entertain. Bringing the brilliant work of Toni Morrison, the Last Poets, Nikki Giovanni and James Baldwin to television audiences cemented Ellis’s vision, and Melissa provides context to transcend the decades and allow the voices to speak their truth to current power.

And as you would expect, Melissa makes sure we see the caring soul of her uncle. With help from Blair Underwood often narrating Ellis’s writings (Ellis died in 1991 at the age of 61), we get to know an openly gay man who raised the topic of homosexuality with his audience and guests, and filled his own production team with a majority of female staffers.

Of the new interviews that Melissa weaves into the history lesson, hearing from Amir “Questlove” Thompson seems especially fitting. Though Mr. Soul! was completed 3 years ago, a more widespread release now makes it the perfect complement to Thompson’s own Summer of Soul.

This is Black history coming thrillingly, vibrantly alive, through the life of an enigmatic man earning that exclamation point.