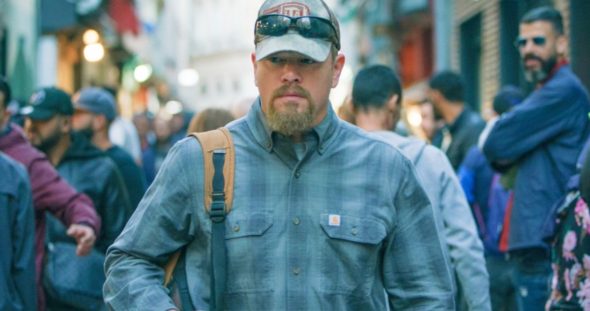 A couple weeks back, Nicolas Cage played a man desperate to reclaim a loved one that was lost to him, a man who might stop at nothing to do just that. His film Pig hit every beat of a John Wick or Taken, subverting the genre trappings to create one of the most beautiful films of 2021.

Matt Damon has not lost his beloved bovine, but in Stillwater, he leads a film equally bent on messing with audience expectations.

Damon plays Bill Baker, out-of-work oil rigger headed to Marseilles to see his daughter, Allison (Abigail Breslin). It’s not your ordinary visit, though. Allison has been in prison for five years for a very Amanda Knox type of incident.

What does Bill want? To get his little girl out of prison. What does he need? To prove himself to himself, and to the world, but most desperately to Allison. There is an aching humility undergirding this performance, giving it richness and tenderness. That humility alone is enough to separate Stillwater from other fathers-desperate-to-save-daughter films like Taken.

But co-writer/director Tom McCarthy does not stop there.

This filmmaker is hard to figure. McCarthy followed up his early indie treasures (The Station Agent and The Visitor among them) with the high profile, catastrophically terrible Adam Sandler movie The Cobbler. Bounced back pretty well, though, with his Oscar-winning Spotlight. Still, his filmography swings back and forth between masterpiece (he wrote Pixar’s Up) and misfire (he wrote Disney’s Million Dollar Arm).

The film opens with the threadbare premise of an earnest All American Dad taking justice in his own hands to save his daughter. It picks up that thriller storyline late in the second act with a jarring right turn you simply did not expect. In between, though, in what could easily feel like a self-indulgent side plot, is the real meat of the film.

Bill decides to stay semi-permanently in France, moving in with the French woman who’s willing to help translate and sleuth with him. While he’s drawn to Virginie (Camille Cottin), it’s really her 9-year-old (a fantastic Lilou Siauvaud) that draws him in. And here McCarthy—along with a team of writers, both American and French—betray the real theme of the film.

Stillwater is a tragedy about second chances. Its sloppy construction is both its downfall and its strong point. The film works against your expectations brilliantly to deliver a film that refuses to satisfy. The result is an often brilliant, ultimately unsatisfying work. And that seems to be the point.