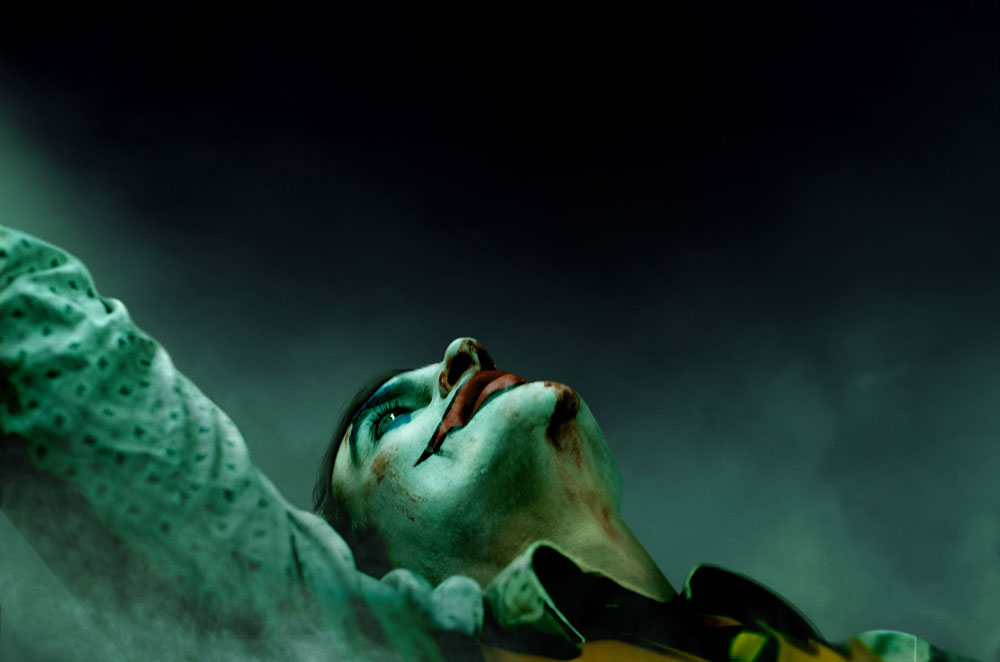 Todd Phillips, director of the Hangover trilogy among other comedies, recently told Vanity Fair that he had to get out of comedy because woke culture made it impossible to be funny.

That sounds like a butthurt white guy nobody thinks is funny. Doesn’t that actually make him the perfect person to reimagine Joker?

Directing and co-writing with Scott Silver (The Fighter), Phillips offers an origin story that sees mental illness, childhood trauma, adult alienation and societal disregard as the ingredients that form a singular villain—a man who cannot come into his own until he embraces his inner sinister clown.

It’s a dangerous idea and a dangerous film, but that doesn’t make it a bad movie. In many respects—though not all—it is a great movie. This is partly thanks to an ambitious screenplay, Lawrence Sher’s intense cinematography, solid directorial instincts with some beautifully staged violence and constant (indeed, fanboy-esque) nods to Scorsese.

But let’s be honest, it’s mainly because Joaquin Phoenix is a god among actors. His scenes of transformation, his scenes alone, his mesmerizing command of physicality, and in particular his unerringly unnerving chemistry with other actors are haunting.

Phoenix is Arthur Fleck, (or Afleck, if you were giving points for Batman references) wannabe standup comic and put upon outcast in 1981 Gotham City. The garbage strike has everyone testy. Rich, entitled Thomas Wayne (Bruce’s dad) isn’t helping matters with his bid for the mayor’s office and his disdain for those who are struggling.

Since Phillips genuflects to both Taxi Driver and King of Comedy, it is appropriate that Robert DeNiro, with some snazzy new teeth, participates as Murray Franklin, the late night legend that Arthur and his mother (Frances Conroy) watch every night.

More than once, Phillips does not trust his audience to stay with the direction he’s taken, and it’s unfortunate. These “look what I’m doing here” scenes drag the film, but as long as you never take your eyes off Phoenix (and who could?), you’re not likely to notice.

A pivotal moment where Arthur crashes a posh screening of Charlie Chaplin’s Modern Times is Phillips’s less-than-subtle reminder that it has always been the clowns in this world who reflect society’s reality back to us. It’s a wise move to make this an alienated-to-the-point-of-violence white guy who takes his frustrations out not on the powerless, but on those with power, thus becoming a kind of hero himself.

Of course, the inclusion of Chaplin could also be read as a direct admission that Joker is a comment on our modern times. Superhero universe? Fanatical throngs blindly following a sociopath? Checks out.

But similar to Phillips’s approach with War Dogs three years ago, an uneven tone lessens the intended impact. Alongside the straightforward Scorsese homages are left turns into Oliver Stone territory a la Natural Born Killers. That black comedic satire is a tough nut regardless, even more so if comes in fits and starts.

Credit Phillips for a damn the torpedoes vision that’s damn near palpable, but it’s impossible to imagine this all meshing as well as it does without Phoenix. His presence is completely transfixing, always convincing you that he is here to fulfill this legendary character’s destiny.

Remember when we thought Nicholson could never be topped? Then Ledger did it. And now Phoenix makes this the darkest, most in-the-moment Joker we’ve seen.

So, Phillips succeeded in making an anti-comedy and anti-comic book movie because bro culture totally rules and comedy is dead and that’s not a privileged cop out at all. But then, it is possible to separate art and the artist.