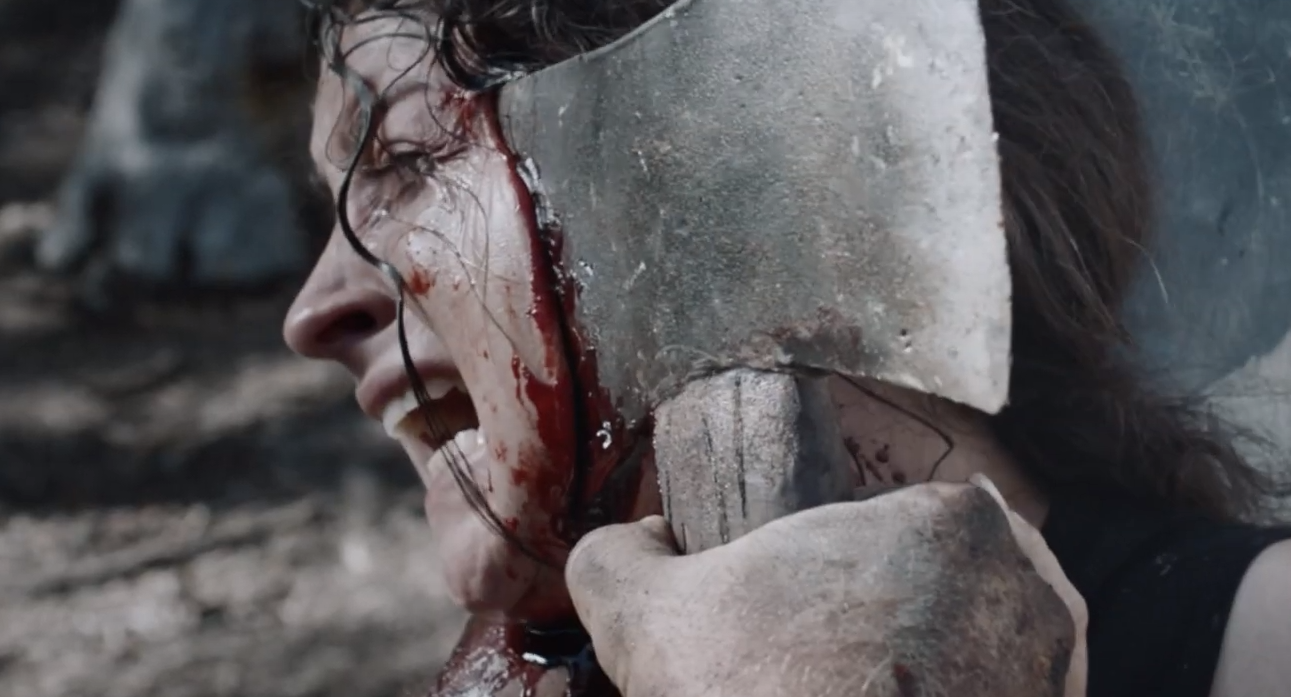 Horror and social commentary are synonymous with one another. Fifty years ago, Night of the Living Dead tapped into America’s anxiety about the Vietnam War. 1978’s Dawn of the Dead used the zombie apocalypse to attack consumerism. More recently, Jordan Peele’s Get Out looked to horror to comment on race in America. These are all top-shelf examples of horror tackling social issues.

Of course, not everyone can be George Romero or Jordan Peele. The new Shudder exclusive, The Furies—screening as part of Australia’s Monster Fest in October before its release in Australian cinemas from November 7—is a stark example of that.

After being kidnapped right off the street, Kayla wakes up in a coffin-sized box somewhere in the Australian outback. Before she can get her bearings, she finds herself hunted by someone wearing a horrific mask. As Kayla makes her way through this hellscape of murder to find a friend, she and the other hunted girls start to succumb to their form of savagery.

The Furies starts strong with a visually impressive prologue. Director Tony D’Aquino gets everything on the screen – from production design to some top-notch gore effects. Visually, the movie is a feast.

There’s a weak attempt at commenting on women’s treatment in horror. When these characters aren’t being hunted down by armed slashers, they’re assigned another one of these ghouls as a protector. On paper this sounds like a novel idea: “Women are either fodder or in need of protection in these movies!” Unfortunately, D’Aquino never does anything more than set those ideas up.

Complicating things more is the way these women are written as merely paper-thin caricatures. They run, scream and die. Rinse, repeat. Kayla’s journey of “discovery” has the depth of a red Solo cup. Instead of looking inward at her own darkness and allowing that to come through in the performance, the movie settles for wearing a dark hoodie and saying tough things while handling a taser.

The messy ideas continue into the movie’s overall tone. The horror elements are strong, but there are also some half-realized sci-fi threads peppered about. Instead of exploring these nuggets in any meaningful way, D’Aquino treats them like the first episode of a network series to be explored later.

Despite some impressive visual sleight of hand with excellent cinematography and practical gore effects, The Furies can’t overcome the inherent shallowness of its story and execution.