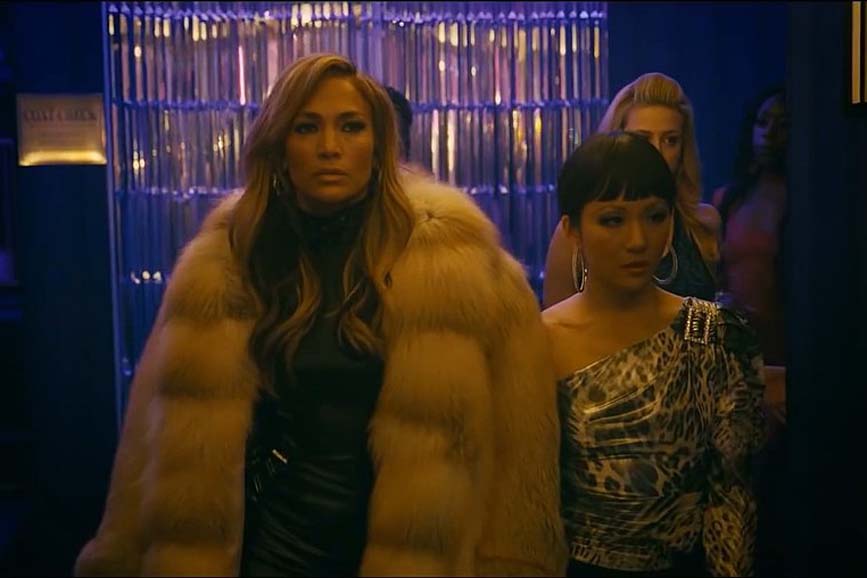 “You don’t have to believe me. I’m used to people not believing me.”

“Destiny” (Constance Wu) is telling her tale to Elizabeth (Julia Stiles), a writer in the midst of a story on a gang of high-end strippers who were busted for drugging clients and fleecing them for thousands.

The disclaimer is a clear yet-not-overbearing sign that our window into the world of Hustlers may not necessarily be the most clear and reliable. It’s one of many wise choices made by writer/director Lorene Scafaria in her adaptation of Jessica Pressler’s article on “The Hustlers at Scores.”

Wu is terrific as the naive newbie, overshadowed only by a completely magnetic Jennifer Lopez as Ramona, the stripping legend who teaches Destiny (and by extension, us) the ropes of spotting the highest-rolling Wall St. d-bags to milk for all they can.

But when the crash hits in ’08, times get tough for everybody, and it isn’t hard to justify hatching a plan to swindle the swindlers.

Scafaria ((Seeking a Friend for the End of the World, The Meddler) is not shy about the Scorsese influences, and seeing Will Ferrell and Adam McKay as executive producers makes The Big Short-syled humor all the more understandable.

No matter. This is still a supremely assured vision from Scafaria, cleverly constructed with visual flair, solid laughs, a sizzling pace and some truly memorable sequences.

One of the many great soundtrack choices comes right out of the gate, as Scafaria sets the stakes with Janet Jackson’s spoken-word opening to “Control.”

Who’s got it? Who doesn’t? And who’s badass enough to go get it?

It’s a wild, intoxicating high of girl power. And when it all comes crashing down, the moral ambiguities are scattered like dollar bills under the pole. As Ramona is quick to remind us, if there’s money being thrown, there will always be people ready to dance.