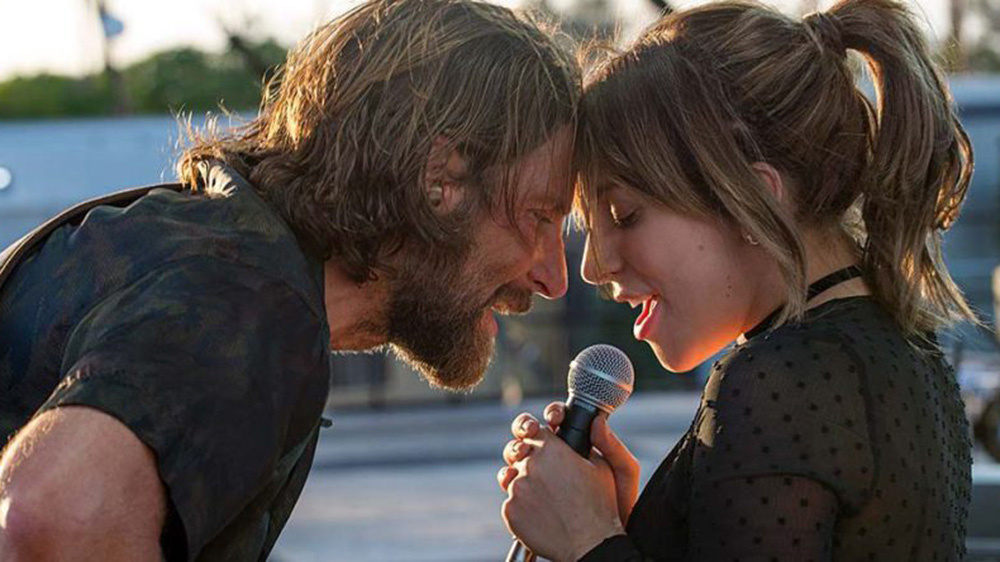 A Star is Born

A few weeks ago, for homework, I revisited the 3 previous versions of A Star Is Born. A friend later asked me which one was best.

I have a different answer now.

Director/co-writer/co-star Bradley Cooper brings a new depth of storytelling to the warhorse, with a greater commitment to character and the blazing star power of Lady Gaga.

Cooper is Jackson Maine, a booze-swilling, pill-popping rock star who wanders into a random bar post-gig and catches Ally (Gaga) belting out “La Vie en Rose.” Jack’s entranced, and begins coaxing Ally to sing her own songs instead of covers. Everyone’s got a talent, he tells her, the real gift is having something to say.

Each previous film version represented its era well, but with the rock music setting and several recognizable homages, it’s clear Cooper has a fondness for the Streisand/Kristofferson take from ’76. His new vision carries a raw authenticity that eclipses them all.

The battered star’s instant infatuation with the young talent has never felt more understandable, the undeniable chemistry between Cooper and Gaga fueling the feeling that in Ally, Jack sees a better version of himself.

Cooper, with a lower-range speaking voice and the musical talent from nearly 2 years of tutelage, is every bit the weathered rocker, on a misplaced search for redemption. Watch him when Jack is not the focus of a scene to see a character become complete.

But then, another outstanding acting performance from Bradley Cooper is not a surprise. His remarkably instinctual directing debut here, though, must now place him among the premier talents in film.

Nearly every scene, from stadium rock concert to intimate conversation, is framed for maximum impact. His camera can be stylish but not showy, with seamless scene transitions fueling a forward momentum that will not let the film drag.

The melodramatic story has been stripped of pretense and buoyed by more layers of humanity, and not just between the two leads. Jack’s brother (Sam Elliot), his boyhood friend (Dave Chappelle) and Ally’s father (Andrew Dice Clay) emerge as important characters despite limited screen time.

And then there’s Gaga.

The voice is, well, it’s a force of nature, and the songs (some co-written with Cooper) are memorable. But if a star already shining can be born, welcome Gaga the movie star. She is electric, taking Ally from wide-eyed stage fright to SNL headliner with both tenderness and ferocity, giving this character the strength and nuance she has never had before.

This film has talent everywhere, but it also has stirring things to say about love and sacrifice, about art and commerce, ambition and fame.

I’ll say this: A Star is Born is among the very best of the year.