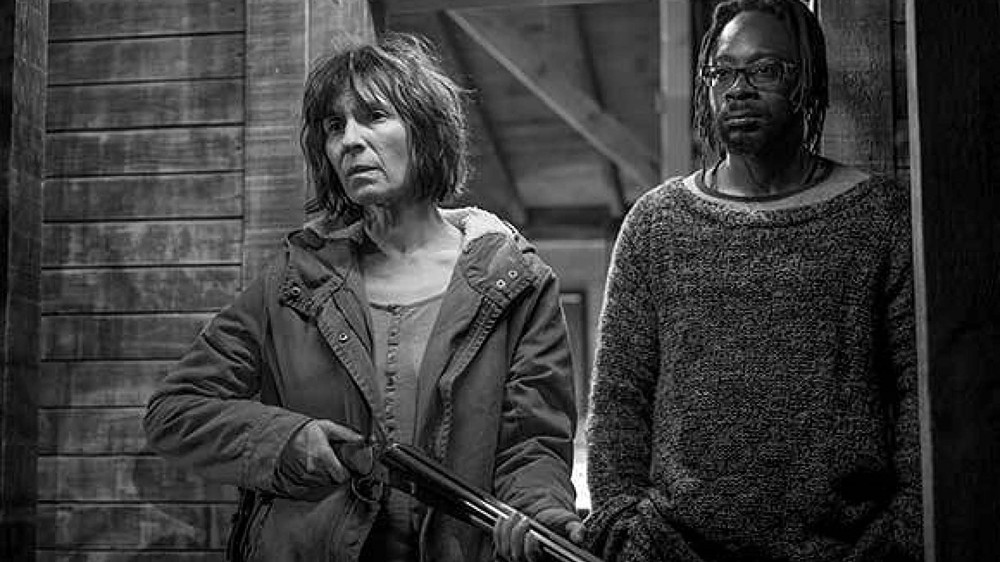 Okay, Fear. So what are we afraid of?

Writer/director Ivaylo Hristov takes a measured, confident approach in attacking the question at its roots, ultimately arriving at answers that are as universal as they are intimate, as tragic as they are timely.

Svetla (Svetlana Yancheva, terrific) is a widow who lives alone in Bulgaria, very close to the Turkish border. Her sour mood is not improved by the loss of her job at the local school, or by the threat of refugees arriving in her village.

Armed with her hunting rifle when she crosses paths with Bamba (Michael Flemming, warm and wonderful), Svetla takes him prisoner. Bamba is a refugee from Africa, traveling on foot to Germany in search of a peaceful life. Svetla’s plan is to turn Bamba over to the border police, but a recent roundup of several Afghan refugees means they have no room in their modest quarters .

So Svetla takes him home.

The language barrier between them leads to some sweetly humorous moments, and of course Svetla comes to find Bamba is a gentle, intelligent soul who is fleeing a horrific situation, and who poses a threat to no one.

“We are a hospitable people, but Bulgaria belongs to the Bulgarians.”

And what the village folk fear is more than just people who aren’t like them. Anyone who doesn’t share in their fear is also not to be trusted, and also deserving of whatever provocation it takes to make the villagers feel justified in their bigotry.

You’ll recognize early some of the places Hristov is taking you, but his touch is understated, which always makes the punches land that much harder. And while Fear is a film that doesn’t pretend to have the answers to the global issues on its mind, it does seem to have a firm grip on the basic question at the heart of these matters.

And that’s a start.