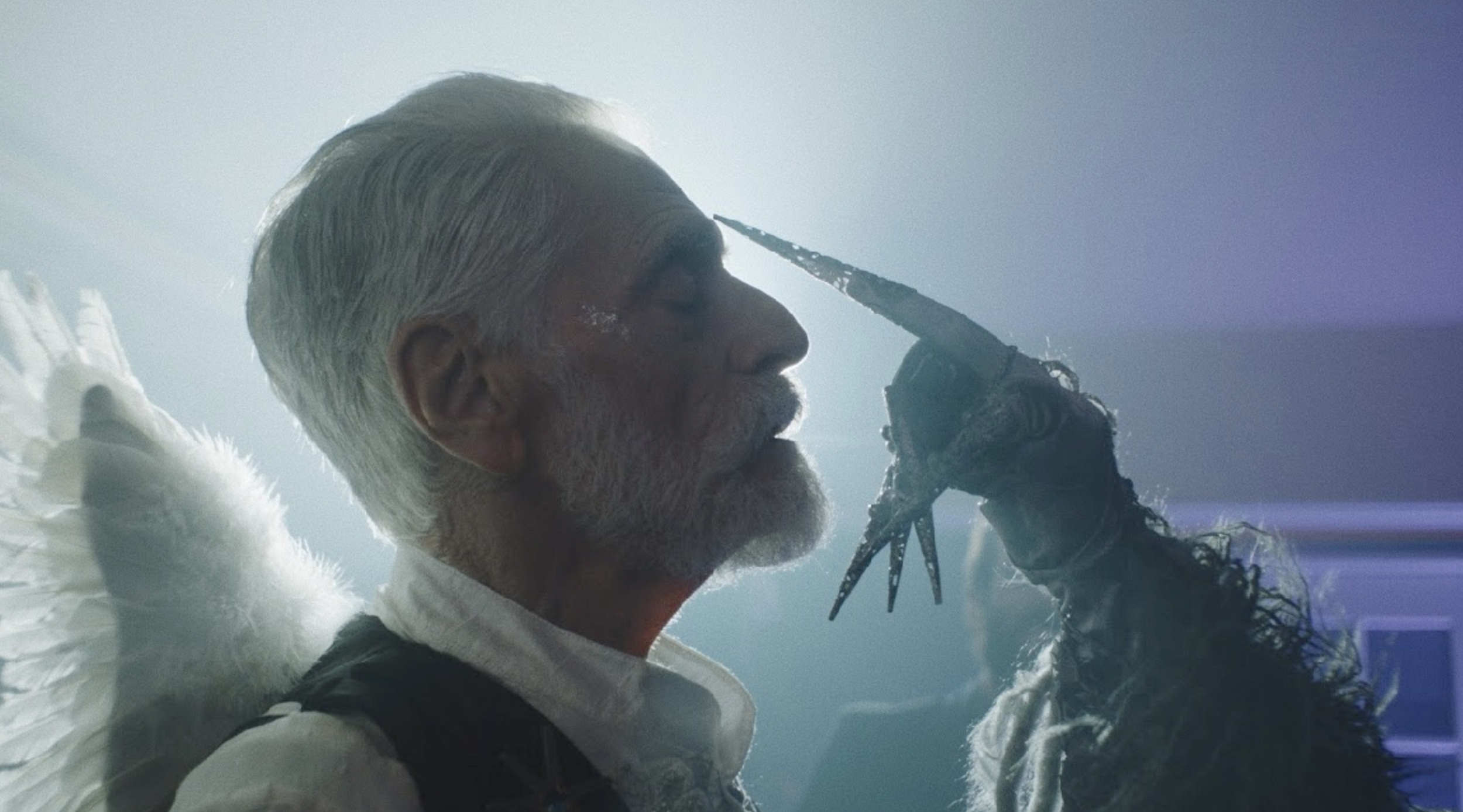 “I’ve always thought it was the dumbest thing… people miss the one party where everybody gets up and says how great they are.”

Centering around his “FUN-eral,” the world orbits Jimmy on his last day alive before taking his life as a final solution to his progressing Alzheimers. Lamenting to bright-eyed reporter Andrew (Lou Taylor Pucci), caretaker Remy (Reshma Gajjar), and death doula Fritti (Debra Wilson), Jimmy recounts his warm and fantastical past in relation to his cold, calculated end.

Thanks to the co-directors’ keen interest in the uncomfortable, the journey takes an unflinching stance toward the absurdity of death. Relishing in disjunct emotions, the directors play between amusing and terrifying drug-inspired hallucinations.

Helming this voyage is Carozzo, with a heroic performance as a man thoroughly finished with life but unsure of death. Carozzo’s semi-autobiographical character subtly asks the audience to consider their own mortality and the morality surrounding it. Through a masterful blend of performance and directing expression, Jimmy’s reality becomes your own.

Within the first few moments, the film leaves no audience member unscathed. However, the interesting perspective gets lost to meandering. Too many tertiary acquaintances are given half-baked plots, which take away from the soul of the story.

Ultimately, the piece finds its power by exploring the tangled emotions of the characters closest to the impending death. When the directors are able to shed the unnecessary weight, they find the beauty in Jimmy’s story and, in turn, his death.

The film ends as most human experiences do: messily, with loose ends unevenly tied. But yet, we feel seen. Through the example of one man’s convoluted final journey, sorrow, joy, terror, humor, and absurdity find a place to flourish harmoniously. While you may not feel comfort by the answers Moon Manor offers, you will feel painfully human.