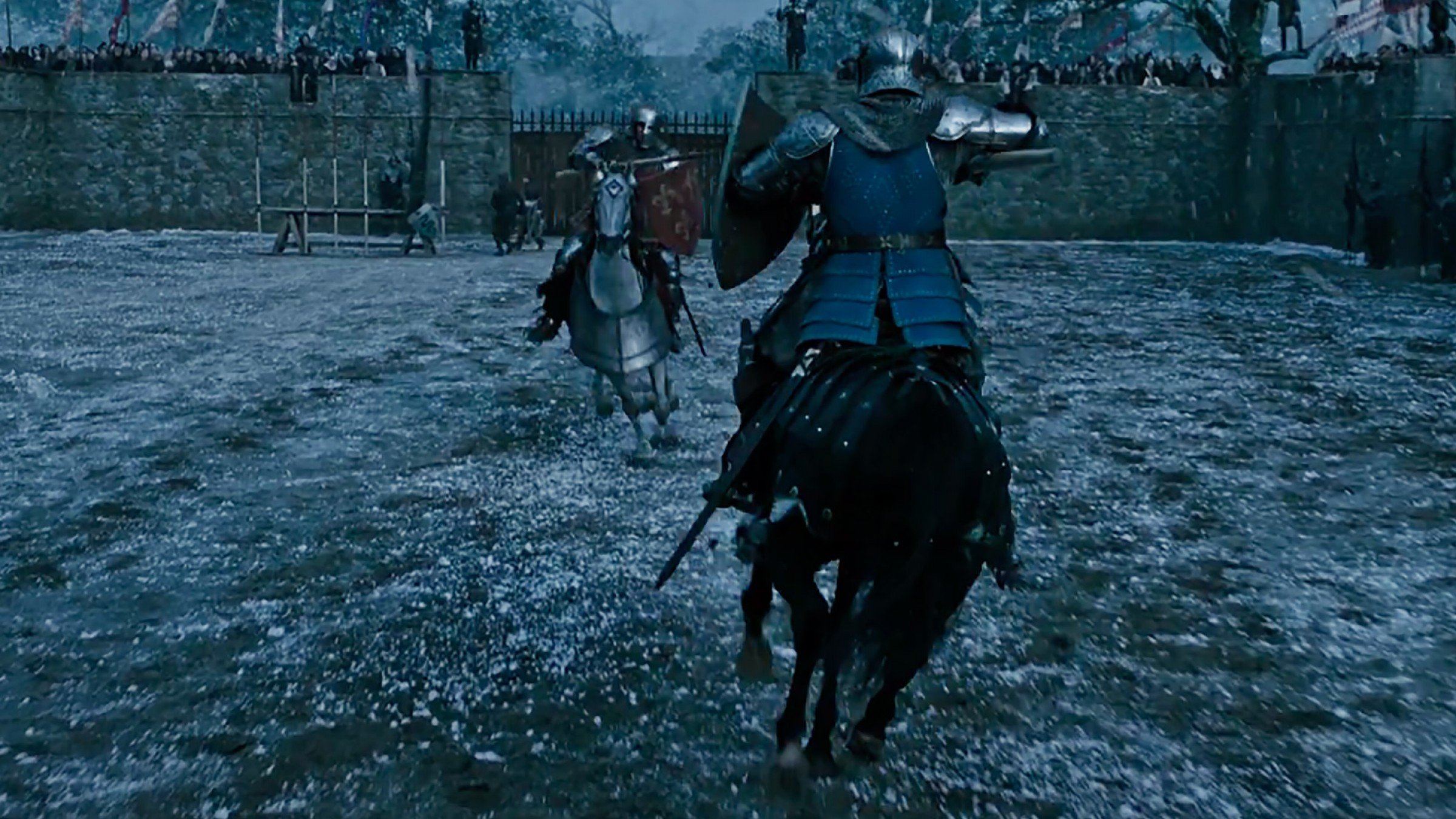 Take a look at the list of screenwriters on The Last Duel, and one name jumps out at you. There beside Oscar-winning writers Matt Damon and Ben Affleck is Oscar nominee Nicole Holofcener. All three, along with director Ridley Scott, are also listed as producers, and while this project may seem out of character for Holofcener (Can You Ever Forgive Me?, Please Give, Enough Said, Lovely & Amazing) her insight proves indispensable,

Based on the 2004 book by Eric Jager, the film chronicles events leading to the last officially recognized judicial duel in France, a 1386 trial by combat between knight Jean de Carrouges and squire Jacques Le Gris.

This is a brooding, brutal, violent and sexually violent film, one that utilizes a Rashomon-style narrative to frame an often-debated moment in history around a centuries-old struggle that continues today.

Separated into three chapters, the film gives us the truth according to Carrouges, Le Gris, and then Marguerite, when the onscreen text holds a few extra beats on the phrase “the truth.” And while what changes with each new side of the story is vital, there’s equal importance to be found in the elements that don’t change.

One man’s crime is another’s entitlement, one man’s denial gets “the benefit of the clergy,” while one woman’s truth is disregarded among the power of men.

The ensemble cast is outstanding, led by Driver’s convincing cad, Damon’s gruff brute and Affeck’s delightful range as the shallow Count. But as Marguerite’s acerbic mother-in-law (a terrific Harriet Walter) dresses down her accusation with a pointed “You think you’re the only one?” Comer shoulders the courage that becomes the soul of the film.

Her nuanced performance chapter to chapter tells us everything about the perspectives of the two men involved, and she carries Marguerite’s mindset with a weary bravery that depicts just how tiresome – even 600 years ago – it is to have to defend yourself after you’ve been raped.

It’s not just Comer, though. Scott’s camera lingers tellingly on the reactions of different women throughout the story as they silently respond to the charges.

Scott presents the climactic duel with the completely thrilling treatment it requires, but by then it’s clear why Holofcener’s contributions were so vital. As talented as Scott, Affleck and Damon are, making this film without the filmmaking perspective of an equally gifted woman would have amounted to more of the same: men telling us how rape is for women.

One thought on “Neverending Story”