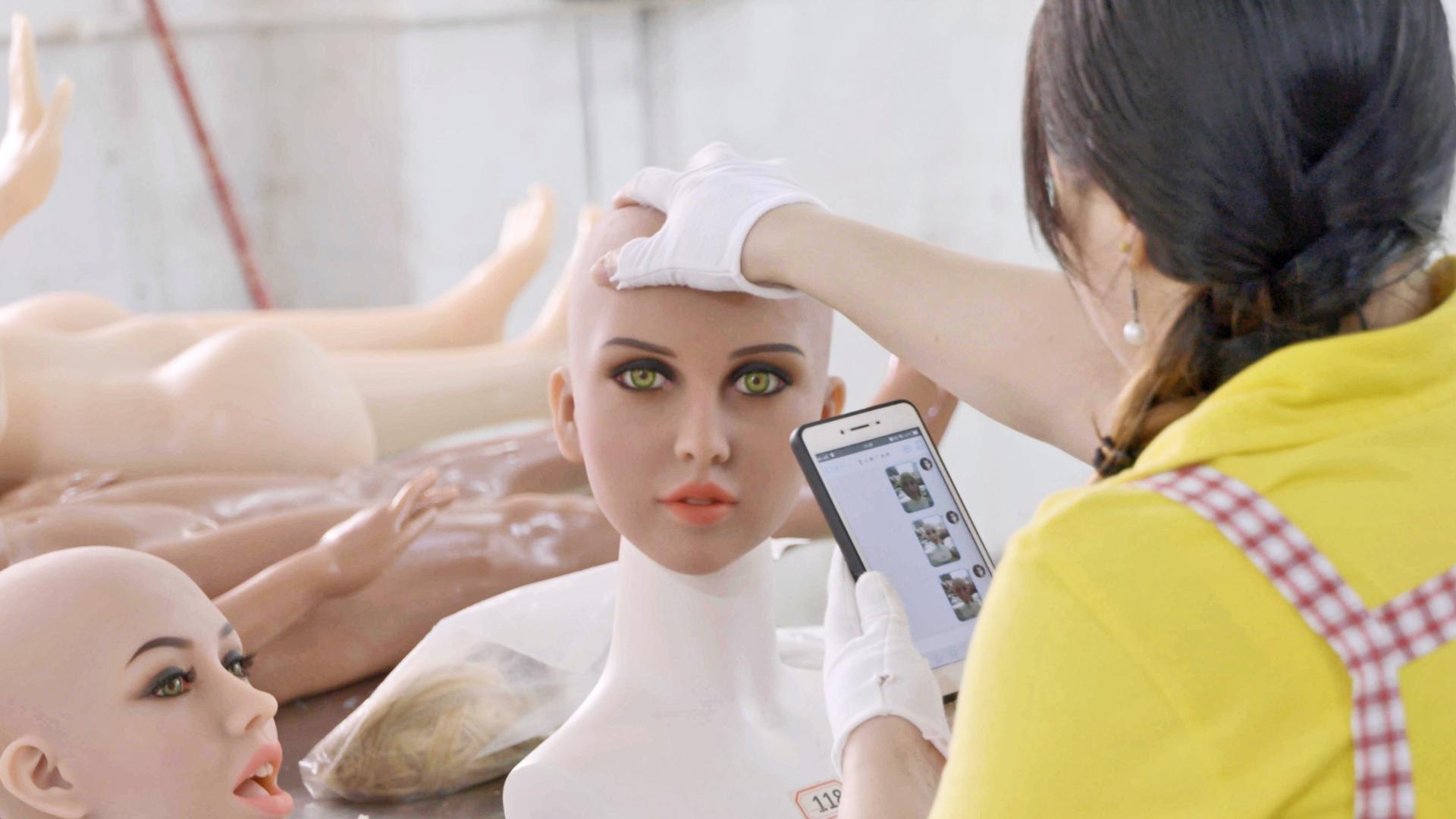 If the makers of Black Mirror made a documentary, I imagine it would feel a lot like Jessica Kingdon’s Ascension.

Presented with no voice-over, written narrative, or expert interviews, the film traces Chinese capitalism from cattle-call like recruitment fairs for entry-level factory work, to shots of machines spitting out piles and piles and piles of single-use plastic doodads, through military-inspired company cultural training exercises for middle managers, to seminars aimed at budding entrepreneurs trying to “monetize [their] personal brand.” The film hits its social apex as a group of youngish elites dine on French pastries while discussing exactly how much knowledge a government should allow its citizens in order to be globally competitive.

With arresting and disorienting camera positions, sharp cuts, and an anxiety-producing soundtrack that would elevate any horror movie, the alienating effect of consumerism is more than carried across.

What we are hearing sold is a Chinese version of the “American Dream,” in which there is a promise of wealth distribution to those who “deserve it.” But what we are seeing is the cost of that dream.

It’s a nightmare of repetitive work, managerial corruption, and alienating corporate propaganda. Employees are encouraged to work harder and faster than sanity would indicate is advisable. All knowledge must be monetized. Families must be deprioritized. Relationships are reduced to whether you are influenced or influencing.

At one point, a CEO delivers a presentation and mentions that China has the potential to be five times the consumer that America is. By that point in the film, the line might as well be underscored by the shrieking violin in Hitchcock’s Psycho.

It inspires nightmare images of the future. The human race drooling incapacitated in front of a screen buried in an ocean’s worth of water bottles in the best-case scenario. Or being whipped by a screaming boss demanding you to make more water bottles faster in an unregulated and perilous working environment.

This isn’t to say the film is completely without humor. The funny moments are just…well…dark. At one point a photographer is barking orders while snapping shots of an influencer on the pristine lawn of a resort. She complains bitterly of the heat, “I can get a heatstroke out here.” Meanwhile, a laborer squats a little ways down the lawn painstakingly removing each invading weed by hand.

It’s heavy-handed, but Christ on a container ship, Ascension is effective.