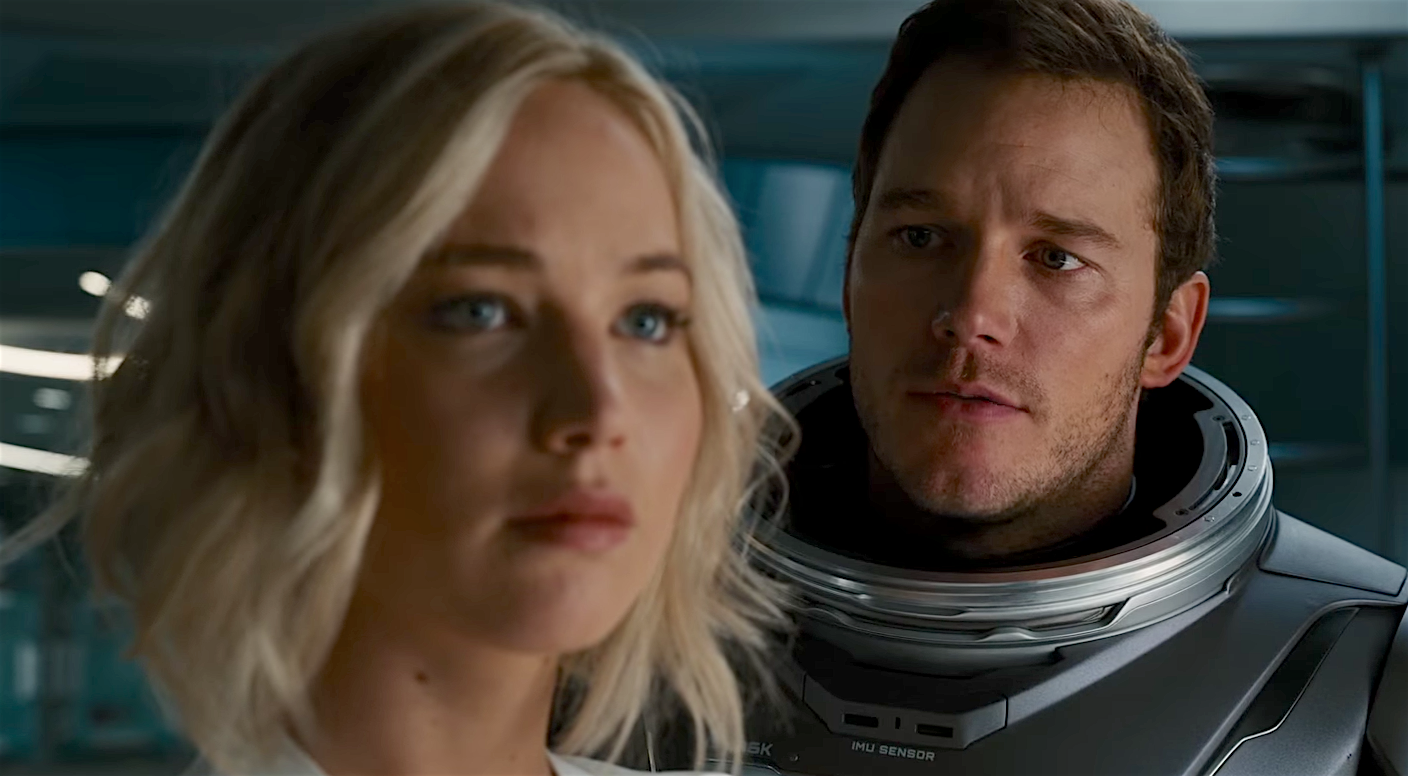 If there’s one thing we’ve learned from romantic comedies, it’s this: as long as two people are attractive enough and have no entanglements – no jobs, no family, no social obligations to speak of – then only the most ludicrously contrived and easily surmountable of obstacles can keep them apart.

What if we applied this concept to SciFi? Well, if you can cast the two most bankable actors in Hollywood, you might be onto something.

That something is Passengers.

Jennifer Lawrence and Chris Pratt are the pair of stupidly good looking actors playing Aurora and Jim, two of the 5,000 some odd hibernating passengers on a flight to Homestead II – a colony planet about 120 years from Earth. One convenience leads to another and they both wake up a lifetime too early.

To writer Jon Spaihts’s credit, his screenplay opens up many a moral conundrum. Between his existential questions and the film’s needed action sequences, Passengers feels like a good fit for director Morten Tyldum (Headhunters, The Imitation Game).

And yet, there is no easy out these two won’t take.

Big fans of Kubrick (clearly), Tyldum and Spaihts borrow not only from the obvious source of 2001, but even more liberally from The Shining – as well as one certain foreign film that will go unnamed for fear of spoiling the early plot twist.

Intriguing? Not for long.

Passengers also nabs bits and pieces from Gravity, Titanic and Alien (none of the good parts from Alien – although since Spaihts wrote Prometheus, maybe some of this should have been expected).

So it looks good. And the characters are likeable – troublingly likeable, which ends up becoming the anchor this film can’t escape. Potentially fascinating questions are raised, then abandoned, as if it’s too dangerous to risk upsetting some focus group who came to see love at light speed.

Pratt has no problem with likability, but he again finds it hard to veer from his comfort zone of Chris Pratt. This is even more evident next to Lawrence, who can always find small ways to craft a new character, even when hamstrung by a less than challenging script such as this.

You’ll get some how-do-you-do’s to sustainability and corporate greed, but by then the course for Passengers has long been set.

Look at these two! Don’t you like them together?