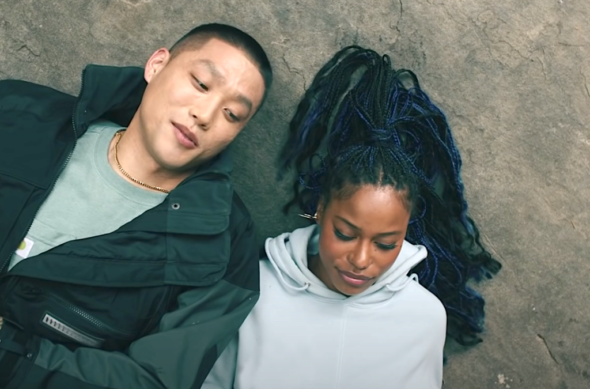 According to Alfred “Boogie” Chin’s father, it’s Micheal Chang’s upset of Ivan Lendl in the 1989 French Open final. And though Boogie’s sport is basketball, the Chin family is hoping some similar court magic will take them all the way to the NBA.

And that’s the first trouble sign with writer/director Eddie Huang’s first feature. From what we see on the court, the idea that Boogie (Taylor Takahashi in his screen debut) is good enough to play in college – let alone the NBA – is laughable.

Wisely, Huang keeps the in-game action to a minimum, focusing instead on the pressures of an Asian teen who must shoulder the burden of being his family’s savior while coming of age in Queens, New York.

Boogie transferred to City Prep High School, so a high-profile showdown with Brooklyn phenom “Monk” (rapper/musician Pop Smoke, is his last role before his tragic murder last year) would help land a college scholarship. But so far, the scouts aren’t promising anything more than walk-on opportunities.

The opportunities with Eleanor (Taylor Paige, so good in Ma Rainey’s Black Bottom and the clear standout in this cast) are looking much brighter. As the big game draws near and the “manager” Mom hired makes things even more tense at home, Boogie leans on Eleanor for a quiet sense of comfort.

Huang (creator of TV’s “Fresh Off the Boat”) throws out some solid ideas, but his attempts to develop them stop at vague generalities. Much like the hooping talent, the cultural struggle of the Chin family is told more than shown, never giving us a reason to get emotionally involved.

And if you’re going to cast a completely inexperienced actor as your lead, why not someone who’s actually a basketball talent? Takahashi was apparently a high school standout, but that doesn’t translate here. Still, even without the inexplicable basketball charade, the coming-of-age drama is only G league material. Huang may yet prove he got game, but it’s going to take some work in the film room.

← Bad Heir Day
Nothing to Rave About →
Scroll Up