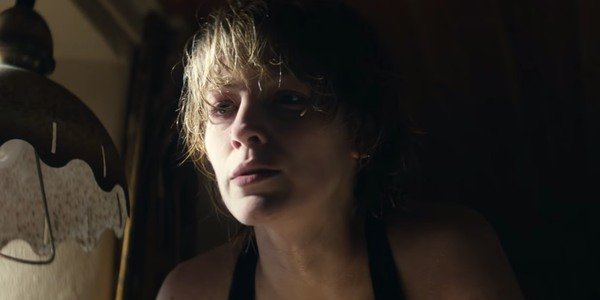 The Rhythm Section plays a tune that’s lately been as popular as Taylor Swift at the high school talent show. But hey, there’s still a ways to go before it catches up to the macho men, so have at it ladies, the right arrangement can always find some swing in the mustiest of standards.

Blake Lively is Stephanie, a top student at Oxford who falls hard after losing her family to an airplane bomber. How hard? She’s an addict and a prostitute, but her destructive spiral finds a new avenue when an investigative reporter seeks her out.

He’s on the trail of the terrorist responsible for the bombing, and Stephanie’s cooperation sets a chain of events in motion that quickly lead to an ex MI-6 operative (Jude Law) training her to be a killer.

And why would he do that, exactly?

Keep that question at bay and you’ll find a serviceable thriller that hits plenty of familiar beats, but is always kept watchable through Lively’s committed performance.

Screenwriter Mark Burnell adapts his own novel as a globe-trotting exercise in exorcising your demons. And while multiple character motivations can get murky, the relationship between Stephanie and her mysterious mentor is always engaging.

Director Reed Morano (I Think We’re Alone Now, TV projects such as The Handmaid’s Tale and Halt and Catch Fire) can stage a nifty fight scene and breathless car chase, but she too often seems desperately in search of a definitive style that never finds a groove.

While soundtrack choices and soft focus flashbacks feel forced, Morano’s detached treatment of Lively’s physical appearance may be the most original pillar in the film. Though her role is plenty physical and Lively never shrinks from it, even the obligatory “red sparrow” sequence offers an overdue counterpoint to the usual leering camera served up by Morano’s male counterparts.

Expect the usual questions of “who can I trust” and the usual fine performance from Sterling K. Brown (that guy’s busy), who shows up as an ex-CIA agent with valuable contacts.

But most of all, expect Lively to keep The Rhythm Section humming, even when it’s set on repeat.