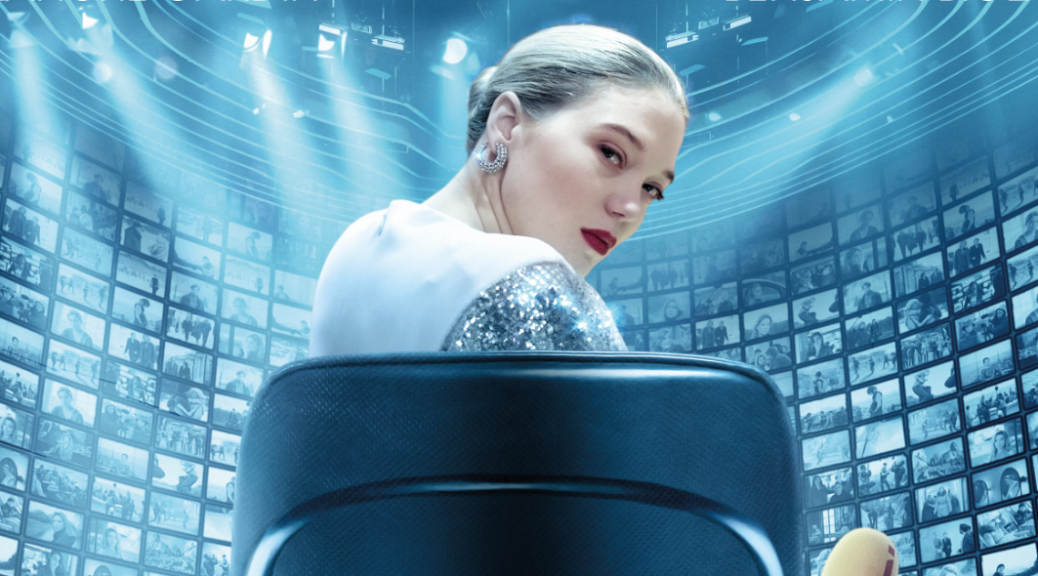 France is the setting for this movie called France about a woman named France. So, subtle it’s not. But the latest from writer/director Bruno Dumont does manage to deliver some stylish eye candy with a fluffy middle that tastes plenty familiar.

Léa Seydoux is mesmerizing as France de Meurs, a celebrity journalist and host of “A View of the World,” one of the most popular talk shows in all of France. She’s juggling fame, her career, and family life with a blasé attitude about it all.

Her home life seems to bore her, the fame is satisfying only when it feeds her ego, and the integrity of her profession never seems to cross her mind. But a sudden traffic accident delivers the overdue wake-up call, and France begins to question if the person she’s become is the person she wants to be.

In the opening minutes, when some nifty editing has France asking pointed questions during an actual press conference with French President Emmanuel Macron, Dumont sets the stage for an over-the-top satire that never emerges.

Instead, it settles into a very repetitive, 133-minute groove that questions the increasingly blurry line between news and entertainment. But as France continually stages her pre-recorded reports, you realize the breezy nature of the opening has given way to an overwrought narrative that spends 30 minutes belaboring a point that Broadcast News made in 5.

Dumont is clearly speaking to his homeland first, though the message will be instantly relatable to U.S. audiences. It’s the film’s tone that becomes more curious in translation.

Seydoux is almost enough to forgive it all, with Dumont making sure his lens loves her as much as the TV cameras love France herself. And while that might not seem a difficult task when the luminous Seydoux is involved, it’s a crucial element that goes a long way toward helping the film resonate as much it does.